Think, Debate, Create and Succeed: The Case of Discovery India

How could Discovery India do things differently after entering the Indian market in 1995, and yet stay true to their vision and brand promise? Professor Edward Rogers reflects on his experience of writing the Discovery India case.

Discovery Communications Inc., an American global networks company, had entered the Indian television market in 1995 with its eponymous channel offering that focused on non-fiction, infotainment programming. It rapidly Indianised a global brand and deftly overcame television industry challenges. Nearly two decades later, steered by a solid senior management team, it had built a formidable operation with 11 channels spanning various genres and created a strong brand presence in India. Prof Edward Rogers explored what was next for Discovery India.

ISBInsight: What led you to pick Discovery India for a case, from a diverse range of globally known television channels?

Edward Rogers: My approach to choosing cases is generally not genre specific, or in this context, channel-specific. I look for cases which would have a unique story to tell. In this case, I met the senior Vice President of Discovery Global in Washington, and after working with her for a while, asked if she could introduce me to the Managing Director (MD) of Discovery India. She did, and I travelled to Gurgaon to meet the MD- and I came across a very interesting story. The company had gone through a tremendous transformation that completely changed their direction, and I thought studying this transformation would be particularly interesting to students. It helped that Discovery, being a media company, understood the import of brand value well, and was just as keen on this case.

What, according to you, is the most intriguing aspect of this case when discussed in the classroom?

The almost 360 degree turn the company had to take to get back into the game and succeed, is, I believe, the most interesting aspect of the case. Discovery had to realign its work with a completely new vision and a new strategy, since they were unable to make money and were struggling to keep up with the market around them. The media industry is extremely dynamic in nature, fast moving and fiercely competitive: make a mistake one too many times, and you’re out.

Arguably, one of Discovery’s strengths in this tough environment was their huge global brand name, but despite that, there was plenty of scope for the company to make bad decisions. One terrible mistake many companies make when things are going badly is to chalk out elaborate strategies first, and then hunt for a team to execute it. However, Discovery turned things around by making the wise choice of first hiring a committed team that worked well together, and then strategising.

What are some unique perspectives students have put forth regarding this case?

Students definitely have a lot to say about the Discovery case. Of course, some believe that it was mere luck that guided Discovery to success, but could luck alone have justified over ten years of making intelligent decisions for the company? Students also remark on the role of Rahul Johri, Executive Vice President, South Asia and South East Asia Discovery. They believe that it was his presence as a great leader that turned things around for the company. But there’s only so much a leader, or as they think of it, a ‘hero’ figure, can do for a company as large scale as Discovery.

Something else that’s interesting with respect to the case and students’ perspectives, is that the response is generally positive when I ask them if they’d like to work for a company like Discovery. While a few would enthuse about factors such as exciting shooting locations, wildlife, and so on, most say that Discovery seems like the kind of company where their opinion would count, their ideas would be respected and perhaps tried out without fear of being sacked if it doesn’t work. Students find it fascinating how Discovery has created this culture of positive reinforcement and experimentation with ideas, a culture of employee engagement.

Is there any takeaway you would encourage students to focus on, from the teaching and discussion of this case?

What I would encourage students to take away from this case is that the kind of effort, planning and culture of creation demonstrated by Discovery is what it takes to create and sustain a global venture. If one does not think ahead while there is time, success will be near impossible in the long run. Discovery has shown us that an environment of creativity, a positive attitude regarding trial and error, and interactive work culture have to be actively created and fostered. It never just happens by accident or out of sheer luck. Should you get into a series of habits and lose your way into the monotony of a manager’s life, that’s what you’ll end up as: just another manager. To really succeed, you have to be constantly thinking, debating and creating, the way Discovery did.

About the Writer:
Samriddhi Mukherjee is a Content Associate at the Centre for Learning and Management Practice at the Indian School of Business. 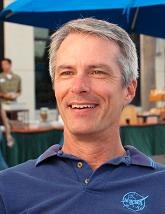 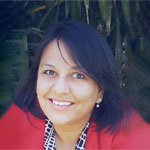