In the case study, “Moser Baer and OM&T: Choosing a Strategic Partnership Mode,” set in the optical storage media industry in 2006, the authors highlight the uncertain dynamics within a high-growth, technology intensive industry. The case allows students to put themselves in the shoes of Deepak Puri, the Founder of Moser Baer, and the management team, as they choose between organic vs inorganic growth options. Students get an opportunity to evaluate the costs and benefits of different modes of inorganic growth in order to identify the best option for strategic partnership in a given context.

MBIL was India’s largest and the world’s third largest optical storage media manufacturer with a presence in over 82 countries, serviced through marketing offi ces in India, the United States and Europe. In 2006, MBIL had also entered the Photovoltaic (PV), cells industry and aimed to succeed in this new business by leveraging its core process strength in “coating thin films on substrates.” OM&T was based in the high technology cluster in Eindhoven, the Netherlands, and was known as a technology leader in the industry for its prototyping, standardisation and pilot production of advanced optical disc formats such as Digital Versatile/Video Disc (DVD), and Blue Laser Discs (Blu-ray discs).

In the early 1970s, engineers at Philips Research Laboratories began using video laser disc technology to experiment with audio-only optical discs. In 197980, Sony collaborated with Philips and produced a new digital audio disc or Compact Disc (CD), for the fi rst time. By the early 1990s, a user-recordable CD for data storage, the CD-R, was introduced which became the standard for exchanging and archiving computer data and music.

A second-generation optical disc format – the Digital Video/Versatile Disc (DVD), was subsequently launched in Japan (1996), the United States (1997) and Europe (1998). The DVD, with its higher storage capacity, rapidly replaced the videocassette recorder for playback of standard defi nition video. The third-generation optical discs that followed were the Blu-ray discs and the HD-DVDs. The development of High Defi nition/Density (HD), technology created the need for a storage format with greater capacity. However, for the third-generation optical discs, no single standard format had been established. Two camps had formed in the industry – Bluray and HD-DVD. The HD-DVD camp, led by Toshiba, had exclusive support from companies such as Intel, Microsoft, Sanyo, NEC, Kenwood and Memory Tech Corporation. Heading the Blu-ray camp was Sony, which was supported by Apple, Dell, Hitachi, Mitsubishi, Philips, Sharp, Pioneer and Thomson. The movie studios were also divided in their backing of the different formats. Fox, Disney, Lions Gate, MGM and Sony had aligned with Blu-ray, whereas Universal Studios had signed on with HD-DVD. Paramount and Warner Bros supported both the formats. Talks between the two camps continued into 2005, at which point it became apparent that marketplace dynamics would determine the winning format.

The case study allows readers to put themselves in the shoes of MBIL and get an opportunity to evaluate the costs and benefi ts of different models of inorganic growth and best options for strategic partnerships.
OM&T was based in the high technology cluster in Eindhoven, the Netherlands, and was known as a technology leader in the industry for its prototyping, standardisation and pilot production of advanced optical disc formats such as Digital Versatile/Video Disc (DVD), and Blue Laser Discs (Blu-ray discs).

While both formats were similar in offering much larger data storage capacity and clearer picture, they were technically incompatible. Manufacturing of Blu-ray discs required either new or modified production lines. Also, Bluray discs were costlier than HD-DVDs. However, at comparable volumes, Bluray disc production costs were within 10 percent of DVD production.

The optical storage media industry was made up of two types of players: manufacturers of optical storage media (such as MBIL, TDK Corporation, etc.) and companies that purchased and marketed these products (such as Universal Studios). Optical discs were more or less commodity products, similar to electronic components such as memory chips. The industry was marked by rapid technological advances, with new format products coming to market every five years.

Original Equipment Manufacturers (OEMs), of optical discs such as MBIL focused on low ost manufacturing and lacked the technological capabilities to develop new formats. Yet, given the high clock-speed of the industry, the success of an optical media manufacturing firm was highly dependent on its flexibility to adapt to the new technology format and quickly ramp up manufacturing volumes.

MBIL was founded in 1983 as a time recorder unit by Deepak Puri and had soon entered the data storage industry in 1985 with the production of 5.25 inch fl oppy diskettes. By 1987, it had begun manufacturing 3.5 inch micro fl oppy diskettes (MFDs). In 1999, MBIL entered the optical media storage market and established a 150 million unit capacity plant to manufacture CD-Rs and CD-RWs. By 2006, the company had three state-of-the-art completely integrated manufacturing facilities.

In addition, MBIL had started volume shipments of third-generation high-density formats such as HDDVDR and ventured into the production of Blu-ray discs with its patented technology. The company had signifi cantly consolidated its position in the global optical media storage markets and had emerged as among the three largest producers across both DVD and CD formats. The Indian market was among the fastest growing markets worldwide for all formats of optical media discs, and Moser Baer had captured over 50 percent share of this market.

Recognising that cost competitiveness and flexibility in switching to new formats were key to survival in the optical storage media manufacturing industry, MBIL had invested significantly in process R&D to enhance its capabilities on these fronts.

Also, due to the cyclical nature of the optical media manufacturing business and the uncertainty associated with third-generation optical media, MBIL had explored diversification opportunities. In 2006, MBIL ventured into the manufacture of Photovoltaic (PV), cells. This business was identifi ed as technology driven, therefore, the company anticipated a successful entry based on its core strengths. In addition, in December 2006, MBIL also entered the entertainment space, specifically the home video market, with the launch of Moser Baer Entertainment Ltd.

MBIL was a competent OEM of optical discs with a focus on low-cost manufacturing. The executives at MBIL were aware that optical discs were primarily commodity products. The external market dynamics and emergence of a range of hardware drives supporting HD content made it obvious that it was just a matter of time before the next generation optical storage media would be in the markets. MBIL, to gain first mover advantage and consolidate its market share, had to take steps to upgrade its technological and manufacturing capabilities.

A strategic partnership with OM&T would provide MBIL with HTL recording technology capabilities for Blu-ray disc production. However, the compatibility of MBIL’s existing production lines with the requirements of the new technology for Blu-ray discs was a challenge. In addition, OM&T’s expertise was what MBIL could leverage for its new PV cell business . Also, OM&T’s technical knowledge pool, in terms of experienced scientists and engineers, could further help MBIL strengthen its position as a technology company.

On refl ection, it was a big investment for MBIL. Deepak Puri and his team had to decide – and decide quickly – the options, apart from doing nothing, were a technology licensing arrangement with OM&T, an alliance with MBIL (taking perhaps a minority equity stake in OM&T) or an outright acquisition of OM&T.

Moser Baer and OM&T: Choosing a Strategic Partnership Mode by Kannan Srikanth, Sonia Mehrotra, Geetika Shah, and Priyank Arora is an ISB case published and distributed as part of ISB’s case collection in the Harvard Business Publishing catalogue. The case was the winner of the “Bringing Technology to Market” category award at the European Foundation for Management Development (EFMD) Case Writing Competition 2014, in Brussels, Belgium. 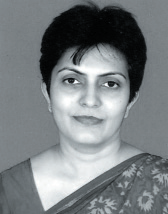 
Notice: Trying to get property 'user_description' of non-object in /var/www/html/wp-content/plugins/custom-shortcodes-dri/custom-shortcodes-dri.php on line 131
Priyank Arora is a Doctoral Candidate in the Operations Management area at the Scheller College of Business,Georgia Institute of Technology


Notice: Trying to get property 'user_description' of non-object in /var/www/html/wp-content/plugins/custom-shortcodes-dri/custom-shortcodes-dri.php on line 131
Geetika Shah is Associate Director - Content Development and Training at the Centre for Learning and Management Practice (CLMP) at ISB