To Reveal or Not to Reveal: Secrecy in Supply Chain Management

Given uncertain market conditions, electronic firms that outsource production to suppliers face a trade-off between revealing too much about their quantity decisions to competitors, thereby losing profits to well-informed second movers, and revealing too little, thus failing to signal quantity commitments. In full disclosure (FD) and non-disclosure (ND) scenarios, the relative informedness of the second mover and the supplier’s incentive to keep information confidential play a large role in the effectiveness and profitability of information concealment.

Steve Jobs announced the new iPhone at the MacWorld convention on January 9, 2007. However, it was only released months later on June 29, 2007. By the time the product was launched, Nokia and LG (KE850) had come up with their own prototypes, which had features eerily similar to the iPhone. A company known to keep its secrets close to its heart had revealed its product launch months in advance to huge media attention, thus exposing its product as well as its manufacturing component details to its competitors, such as Nokia and LG. Why was this a risk?

In the electronics manufacturing industry, it is quite common for firms to outsource the manufacturing of specialised components to other suppliers. Inherent in such outsourcing decisions is an important trade off: though outsourcing provides the firm an opportunity to concentrate on its competencies while also enjoying efficiencies created by its suppliers, it also increases the likelihood that information about the demand faced by the firm will leak to its competitors.

Aditya Jain, Assistant Professor at Zicklin School of Business, Baruch College, The City University of New York, and Milind Sohoni, Associate Professor in the Operations Management area at the Indian School of Business examine how, in a two-echelon supply chain, a firm’s incentive to conceal information to prevent both direct and indirect leakage has to be balanced with its competitiveness and even nonconcealment of information in certain cases.

The power of information precision

Information leakage can occur both directly and indirectly, and it also has a direct and an indirect effect on both the first and second mover. The firm that first places its order for quantities (i.e., the first mover) runs the risk of the supplier leaking quantity decisions to competitors, thus exposing its private demand information. This is the direct effect. The indirect effect of information leakage occurs when the first mover distorts quantity information anticipating that other firms will gather and use this wrong information (i.e., sequential move quantity competition). However, the peril inherent in this move is that a firm signals its ability by making a large and irreversible order. This offensive strategy forces a competitor to order smaller quantities.

Distorting quantity information does not guarantee that information is not leaked indirectly, because the strength of a pre-existing relationship between a firm and its supplier can also tilt the scales towards the preferential securing of supplies for one firm. In this article, the authors examine the efficacy of enforcing information concealment, given that firms buy from a common upstream contractor with leakage happening both directly and indirectly.

There are a multitude of sources from which it is possible to procure private quantity demand information about firms; these include retail outlets, market research and expert forecasts. This information about firms and suppliers can be obtained either through full disclosure (FD) or nondisclosure (ND). FD allows full access to information, with the resultant manipulation of orders depending on the first mover’s private information (horizontal signals) and its quantity commitment (strategic preemption), while ND indicates a cloak of secrecy surrounding demand information. (Strategic preemption is where the first mover stops the second mover from ordering a large quantity of supplies by placing a large order itself. Horizontal signalling, on the other hand, is a strategic tactic to mute the supply order by the first mover, implying weak markets.)

Given the gamut of strategic management decisions that electronic manufacturing firms, who outsource production, have to make, supplier incentives also need to be taken into consideration. On the one hand, we have information concealment and its resultant disadvantages, both to first movers as well as suppliers, and on the other, we have competition intensity and supplier incentives. The authors weave the supplier’s impetus into this demand and supply scenario. Concealing information reduces profits for suppliers due to the vertical signalling effect. Thus, to make it worth their while, incentives such as side payments and two-part tariff contracts should also be considered to ensure that confidentiality agreements are respected.

For supply chain managers, especially in the electronics sector, where specific components are outsourced, the trade-off between maintaining secrecy about quantity capacity and signalling market capacity is an important one. Voluntary and truthful information sharing between competitors is a challenge as one has to maintain a competitive advantage. Thus, managers need to look at alternatives such as partial order placements, disclosure agreements and supplier incentives. Finally, to reveal or not to reveal becomes a critical supply chain management decision given the dynamic market and informed competition.

Aditya Jain is an Assistant Professor at Zicklin School of Business, Baruch College, The City University of New York.

Milind Sohoni is an Associate Professor in the Operations Management area at the Indian School of Business (ISB).

Mridula Anand is an independent innovation and IP consultant. She holds a graduate degree from Stanford University and has also completed her Law degree.

Milind Sohoni is an Area Leader and Professor of Operations Management at the Indian School of Business. He also serves as the Deputy Dean - Hyderabad Campus and Deputy Dean - Academic Affairs. 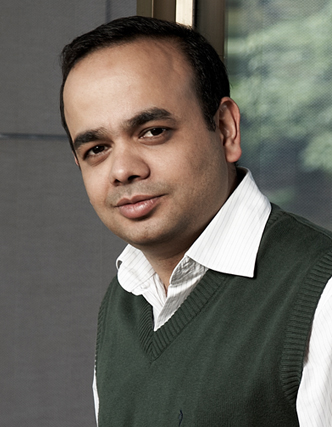