The Digital Transformation of R&D

The authors, in this study, use a network perspective to analyse technology spillovers from the Information and communication technology (ICT) industry and their impact on modern R&D. They specifically, use patent data from the NBER Patent Database to construct a network of inter-sectoral technology flows.

In his letter to shareholders in 20131, General Electric (GE) CEO Jeffrey R Immelt remarked, “We believe that every industrial company will become a software company.” In support of this assertion, he included vignettes of various technology-enabled product innovations across different verticals of GE that significantly improved asset utilisation and revenue of the company’s customers. Indeed, GE’s Industrial Internet connects devices, systems and people to continually provide data syntheses and analyses that allow for real-time and predictive solutions, which optimise the complex operations of GE’s customer base. A growing body of anecdotal evidence suggests that GE is not alone in its experience of significant digitisation of products and services. Automobiles have been transformed from a bundle of mechanical components to complex software systems. Information and communication technology (ICT) powers an estimated 80% of automobile innovations ranging from entertainment systems to navigation systems to crash-avoidance systems (Charette 2009). Similarly, ICT is embodied in drug discovery and development processes in the pharmaceutical industry, in smart screens of a variety of devices ranging from phones to home appliances to mobile medical devices, and in wearable devices in the healthcare and wellness sector that monitor the health and performance of athletes and patients alike. These examples of innovation across diverse industries emphasise the increasingly important role that technologies of the ICT industry2 play in transformation of products and services, and technological progress across diverse industries. However, these examples of digital transformation of products and R&D are reflective of anecdotal evidence from a small set of potentially unrepresentative firms and industries, as a result of which the pervasiveness of the transformation is not completely understood.

ICT is embodied in drug discovery and development processes in the pharmaceutical industry, in smart screens of a variety of devices ranging from phones to home appliances to mobile medical devices…

In response, we analyse over 684,956 patents granted between 1981 and 2006 across all sectors, in the US economy, to document and demonstrate technology spillovers from the ICT industry and the resultant digitisation of the R&D function across a wide spectrum of industries. The results have important implications for innovation outcomes of firms and competitive strategy and point to the changing face of industry competition. The results also emphasise that any changes to legislation and policy that impact innovation in the ICT industry, including proposed reforms in immigration laws, will impact the competitiveness of not just the ICT industry but rather, a range of industries traditionally considered unrelated to the ICT industry.

The Impacts of ICT on R&D

Our study uses a network perspective to analyse technology spillovers from the ICT industry and their impact on modern R&D. Specifically, we use patent data from the NBER Patent Database to construct a network of inter-sectoral technology flows. For each of the 684,956 patents in our sample, we obtain the 2-digit industry or SIC code of the firm the patent has been assigned to. Subsequently, for each year between 1982 and 2006, we construct a directed network, where the nodes or vertices of the network represent the industry affiliation of the component patents and the edges that connect these industries represent the citation intensity between the industries for that measurement year. To our knowledge, this is the first network representation of all inter-sectoral technology flows using citation data in the US We then estimate for each year, the centrality of each industry in the inter-sectoral citation network. That is, we assess the importance of each industry in the innovation network by estimating the count of direct citations to the industry as well as the innovation impact of the citing industry. Finally, we analyse the impacts of technology spillovers from the central industries on R&D processes and outcomes in the citing industries.

The nineties marked a period of significant innovation in the ICT industry, notably, the advent of the Internet and enterprise software applications that became fundamental to business. 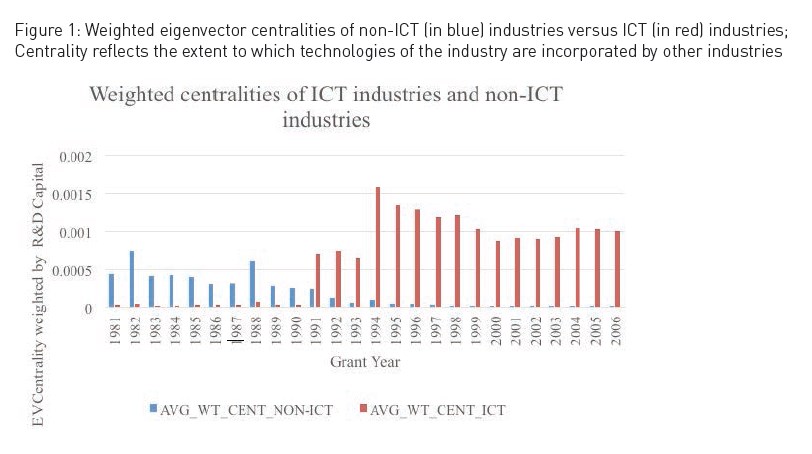 Second, as shown in Figure 2 below, we find that a wide spectrum of industries are not only using technologies of the ICT industry but also increasing their own stock of ICT technologies. Together, these two results attest to the growing digital centricity of products and product development. Indeed, anecdotal evidence of this digitally biased shift in the content of innovation abounds in the form of electric vehicles and driverless cars in the automobile industry, jet engines that produce terabytes of data per flight to facilitate pre-emptive maintenance and repair, and the emergence of bioinformatics and computational biology as key tools in drug development. Yet, to the best of our knowledge, large-scale empirical evidence of technology and innovation spillovers from the ICT industry is lacking. Our study documents and demonstrates both direct and indirect impacts of innovations in the ICT industry across a range of sectors and technological fields beyond traditional information technology, communications, and electronics. Automobiles, aerospace and defence, and pharmaceuticals, are but some of the many industries that extensively draw on the technologies of the ICT industry.

ICT enables better R&D productivity through better management of knowledge assets, greater precision and reduction of costs in the production of innovations through better tools for product test, design and simulation…

Finally, we find that the greater the incorporation of technologies from the ICT industry in the innovations of an industry, the greater is its R&D performance in terms of innovative efficiency and recombinant creation3. Specifically, we find that a unit increase in closeness to the ICT industry yields a 40.4% improvement in innovative efficiency and 8.94% increase in recombinant creation. ICT enables better R&D productivity through better management of knowledge assets, greater precision and reduction of costs in the production of innovations through better tools for product test, design and simulation, and improved inter-organisational coordination and knowledge acquisition. All of these changes to innovation processes yield significant improvements in the speed and efficiency of R&D and innovation.

As an illustration of how technologies of the ICT industry facilitate recombinant creation, consider the evolution of drug development in the pharmaceutical industry. The processes of identifying molecules that act against disease-causing agents are increasingly driven by ICT, including sophisticated simulations or “laboratories on a chip” and high throughput screening (Mazzucato and Dosi 2006; Nightingale 2000). These ICT technologies not only reduce experimentation costs and waste, but also provide the scientist richer insights into the etiology of a disease and how drugs operate. This understanding is critical to recombinant creation in the pharmaceutical industry, notably, combining existing molecules to create and test new molecules. Similarly, in the automobile industry, ICT technologies, such as method and apparatus for topologically based retrieval of information and methods of navigation guidance for distributed communications systems, enable companies like General Motors to combine its varied technologies such as global positioning systems, database technologies and wireless communication systems to create new navigation technologies that provide dynamic location and information search for automobile vehicles.

These results emphasise competence with effective exploitation of ICT as an increasingly important source of competitive differentiation and value. In turn, they necessitate a shift in thinking about IT and transformation of the IT function. In the past, IT was a support function in firms. The IT organisation was peripheral to business strategy and focused on automation of transaction intensive processes. IT was a cost centre. However, in this new competitive environment, where IT is central to business strategy and product differentiation of firms, IT moves centre stage. This cost centre drives innovation in firms, and is now transformed to being a key competitive asset.

A paradigm shift to ICT-intensive R&D and the related increase in the centrality of the ICT industry also has important implications for competitive dynamics and policy in a wide spectrum of industries. If products and product development is increasingly powered by IT, then IT companies are likely to transcend their industry boundaries to emerge as formidable competitors that displace incumbent industry leaders in diverse industries. For example, in the automobile industry, technology companies like Uber, Google and Tesla are compelling traditional car manufacturers to reinvent their operating and business models. Similarly, in the pharmaceutical industry that engages in ICT-intensive R&D, technology companies such as Apple, IBM and Qualcomm are exploiting shifts in patient behavior to extend sources of patient data beyond medical records to include apps, wearable devices and online communities that yield critical analytical insights for clinical decision support. Technology companies, with their superior ability to attract engineering talent, agile operating models, and technological absorptive capacity, may be better equipped to compete in this new business environment across diverse industries. Firms in these industries need to reinvent themselves to prevent the odds of disruption.

If products and product development is increasingly powered by IT, then IT companies are likely to transcend their industry boundaries to emerge as formidable competitors…

The results also emphasise that any changes to legislation and policy that impact innovation in the ICT industry, including proposed reforms in immigration laws, will impact the competitiveness of not just the ICT industry but rather, a range of industries traditionally considered unrelated to the ICT industry. These are all important areas of study for management research. 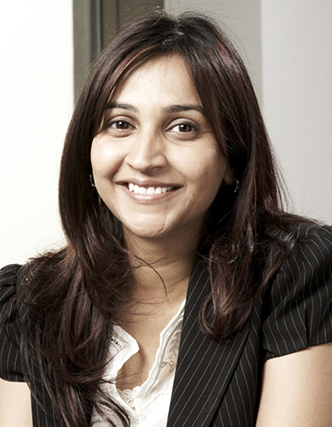 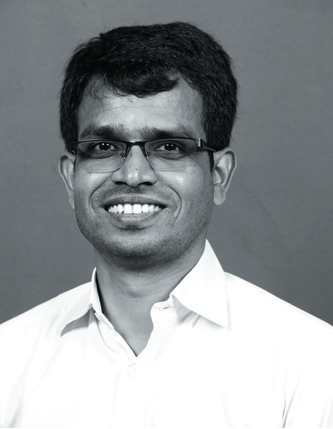 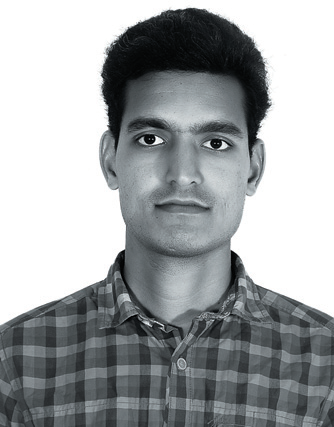