Pathways to A Sustainable Future

India Inc. seems to have woken up to the threat climate change can potentially pose. With a high likelihood of disproportionate impact on developing countries, climate change could cast a dark cloud on the growth prospects of India, which is targeting eight percent GDP growth.

The fast pace of urbanisation, industrialisation and the growing population are already putting enormous pressure on the ecological system. Further, increasingly stringent regulations and pressures are the norm across the globe. Many companies in India have stakeholders across the world, and operating in countries that have more stringent emission norms might pose a threat in expansion plans. Similarly, many international companies have subsidiaries in India. These firms bring their climate change-related practices to India and influence companies in their supply chains.

Green Business Survey reveals actions being taken by Indian corporates in response to climate change and also discovers the drivers for change in corporate India.

Indian corporate houses are beginning to realise the impact that climate change could have on their companies. Unwilling to lag, they are beginning to see climate change as more of a business issue rather than one pertaining to Corporate Social Responsibility (CSR). They have become conscious of the fact that there is a need for a safe, strong and sustainable environment, and to have that, the time for action is now.

The good news is that Indian companies can turn the climate change issue into an opportunity rather than a threat. This can be done by understanding the issue completely, planning their approach, measuring their emissions and adapting a low-carbon business model.

A Step on the Green Path
The Green Business Survey, conducted by the Financial Express, Emergent Ventures India and the Indian School of Business (ISB), is a step in this direction. The first survey, in 2008, assessed climate change awareness and the preparedness of Indian businesses. Business leaders were asked about their level of understanding of climate change and their knowledge about the Kyoto Protocol.

Moving a step forward, the 2009 survey assesses actions being taken towards climate change mitigation by the top 10 companies each in 11 major sectors, such as Power Utilities, Oil & Gas, Automobiles, Metals & Mining, Infrastructure/Construction/Real Estate/Engineering, Steel, Cement, Chemicals & Fertilisers, Banking, IT/ITES, and Paper & Pulp. The survey gathered responses based on a quantitative structured questionnaire. People at Chief Executive Officer (CEO) levels were contacted in these companies, and face-to-face interviews were conducted. Apart from these, sectors such as Pharmaceuticals, Textiles, Aerospace/Aviation, Hospitality, Paint, and Electronics were reviewed with the help of an online questionnaire.

Indian companies need to understand that carbon management is the reality of the future. They need to adapt to newer, greener and cleaner technologies.

The survey not only captures actions being taken by Indian corporates in response to climate change but also discovers the drivers for change in corporate India. It also intends to draw out corporate initiatives towards climate change mitigation, map best practices, analyse trends within the identified sectors and subsequently announce green leaders in sectors. The resulting report will serve as a guide to Indian companies in terms of the initiatives they can take to reduce emissions. It will not only showcase the best practices adopted in the country but also internationally.

The survey also provides a synopsis of the Copenhagen Summit held last year. It will include the events at the summit and the implications for India.

Findings of the Survey
The report will be officially launched in April 2010. The key findings are as follows:

Given the high level of importance given to the issue globally, Indian companies have a fair level of awareness. They understand the issue and know that every company has to reduce their share of emissions for a major emission reduction. Two out of three companies, which consider climate change an important issue, have a mechanism to track their initiatives regarding climate change, implying higher awareness and prioritisation of the issue. It was surprising to see a higher percentage of services companies giving the issue high importance as compared to manufacturing companies.

Most Indian corporate houses have prioritised the issue in their companies. Many companies have a separate department for tracking the progress in emission reductions.

While many Indian companies consider climate change a risk they need to prepare for, a majority also considers it an opportunity they can leverage upon. The global market for low carbon technologies is estimated to amount to $ 3 trillion per year by 2050. The renewable energy space is estimated to touch $ 700 billion globally.

Besides these specific opportunities, Indian companies foresee climate change as good in terms of reputational, competitive and technological opportunities.

The study also focuses on what drives initiatives for climate change management at the company level. Almost one out of every two companies said the driver behind their initiatives is the issue itself. That is heartening, as it shows that Indian companies have an understanding of the impact of ignoring climate change. Other triggers are government regulations which ensure that companies include such initiatives in strategic planning.

Companies have started taking basic initiatives such as turning off unused electronic equipment, usage of duplex printing and promoting usage of public transport. Any company intending to go green can apply these initiatives easily. The trigger behind these initiatives might not be just be from the management side, but could also be a result of employees’ awareness.
Some initiatives taken by Indian companies were the result of product or process innovations. Some firms have also insisted on a greener supply chain,i.e., giving preference to vendors who are aware and have taken steps to reduce emissions. The companies are also trying to influence stakeholders in the value chain by setting a precedent and disclosing their own emissions. They are using various platforms to disclose such information, which not only determines the company’s stand on the issue but also helps in “Green Branding” of the company. Featuring the issue in the company’s annual report or coming out with an environment sustainability report provides a robust platform for this.

The survey also identifies the role of each sector in promoting the issue – not only intra-sector but also inter-sector. All service sectors can play a big role as facilitators in enabling other sectors to go green. The Banking sector can provide project financing, carbon advisory, financing against emissions reduction purchase agreement (ERPA) and CER sales assistance. Banking sector working groups can facilitate Clean Development Mechanism (CDM) projects. A Global e-Sustainability Initiative report believes that if information technology is fully applied to energy conservation and emission reduction, global greenhouse gases emission will be reduced 15 percent by 2020. The demand for oil and gas is directly proportional to the development of the Nation. The energy sector will have to play a central role in tackling climate change and contributing in the transition to a low-carbon economy.

Reality of the Future
Indian companies need to understand that carbon management is the reality of the future. Still developing, Indian companies can keep a check on emissions. They can adapt to newer, greener and cleaner technologies. India is the second country in the world with the highest number of CDM projects. The transfer of finances and technology through CDM projects can translate into a business opportunity for the country.

Ignoring climate change can be perilous. The effects might be irreparable. We need to go step by step. The first step would definitely be to increase awareness and intent among all sectors of a business community – employers, employees, investors, suppliers, customers and policy regulators. The time to do it is now. 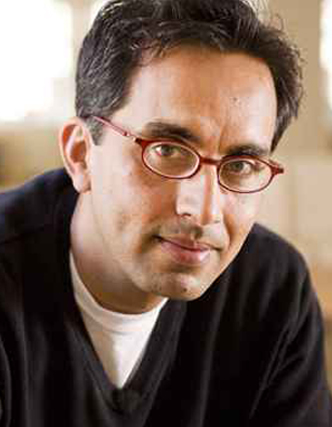 
Notice: Trying to get property 'user_description' of non-object in /var/www/html/wp-content/plugins/custom-shortcodes-dri/custom-shortcodes-dri.php on line 131
Director of the India office of Climate Policy Initiative (CPI) and a Research Fellow at Stanford University’s Steyer-Taylor Center for Energy Policy and Finance.