Centralised emergency medical services (EMS) systems such as the North American 9-1-1 calling service are relatively new to emerging economies. Despite high demand, their growth and effectiveness have been low due to insufficient resources and systemic inefficiencies. Given the unique challenges of the Indian setting, Professor Lavanya Marla and her co-authors highlight the need to bring EMS systems into public policy discussions and develop novel, interdisciplinary solutions to design and operational issues.

In emerging economies such as India, 911-type centralised emergency medical service (EMS) systems and humanitarian logistics systems are a relatively recent development. Due to limited investment in infrastructure and trained personnel, these systems tend to be severely resource-constrained. Recent events have also called into question their efficiency (Garg 2012). In India, humanitarian logistics services are not well-designed for large disasters on the scale of those that occurred in Jammu & Kashmir and Andhra Pradesh in 2014 and Tamil Nadu in 2015 and 2016. Media reports estimate immediate losses of D54-57 billion from these events. For example, Cyclone Hudhud caused havoc in Andhra Pradesh during 2014. While human lives lost were minimal, an October 2014 Economic Times article reported economic losses upwards of D1,000 billion. The value of well-defined, well-maintained emergency systems that can respond to disasters at different scales of magnitude, from daily to regional and national emergency levels, is particularly apparent in light of the extreme time and resource constraints that natural disasters impose on such systems.

EMS systems in most emerging economies have come into existence in the past decade. Smaller, ad hoc, decentralised systems have existed both for medical transportation as well as non-medical transportation in most of these settings (BBC News, 2017). These systems were the public’s primary recourse for reaching a hospital. As new, centralised services come into being, they contend with issues of adoption, competition with existing services and lack of recognition and trust by users.

Emerging economy settings thus pose different and unique challenges over and above those faced in developed economies. These include resource challenges, such as ambulance shortages, systemlevel inefficiencies, such as transportation or medical system dependencies, and competition with preexisting EMS systems.

The first challenge stems from the extreme shortage of ambulances. Studies conducted on an EMS system in Hyderabad, India, show that the public ambulance system operates with about 750 ambulances to serve a region of 75 million people. Braun et al’s study of mid-sized urban EMS systems in the United States (US) indicates that most American cities have one ambulance per 40,000-50,000 people, with a gold standard of one ambulance per 6,000 people (1990). Responding to all calls at a high service level is very challenging, if not impossible, with such shortages.

The higher population density spread over a comparable roadway network, compounded by the fact that most roadways in India are narrow and congested, results in exceedingly high traffic congestion on the roads. The Indian government’s Public Private Partnerships Cell projects an annual growth rate of 12-15% in road traffic, which is likely to increase congestion further and only exacerbate the problem. Moreover, there is not enough path diversity on Indian roads to allow ambulances to choose routes that are less busy or congested. Consequently, ambulances in India must contend with poor to non-existent road infrastructure, physical limits on the potential increase of road capacity and uncooperative drivers who do not yield and give way to emergency vehicles.

System-level dependencies also arise with hospital infrastructure. Since hospital congestion is a common feature in emerging economies, hospitals may not be able to admit patients brought in by ambulances. Patients may have to be diverted, i.e., the EMS vehicle carrying the patient may be redirected to other hospitals until they can be admitted. This further increases the risk of patient casualties and decreases EMS reliability.

Systems Another challenge confronting emerging EMS systems is that their relative novelty leads to their superimposition on previously existing ad hoc systems for emergency transportation, such as taxis and hospital ambulances. The resulting competition between the EMS systems, hospital ambulances and taxis results in considerable inefficiency and wastage in the system. A user might call multiple providers who, in the absence of informationsharing, end up responding to the same call. Since the first provider that arrives ends up serving the call, subsequent ambulances return empty to base. This is a phenomenon called “abandonment”. Calls in other areas are not served and are referred to as “missed opportunities” in the technical parlance.

Our study on ambulance allocation shows that abandonment occurs for at least 12% of all calls (compared to less than 0.5% in the US). Missed opportunities are on the order of 6-8%. Together, unregulated competition results in approximately 18-20% of calls being inefficiently serviced (2012). The novelty and uniqueness of these challenges necessitates innovative operational strategies and solutions to overcome them. Preliminary data from the Hyderabad metropolitan region indicates that the impact of having multiple competing service providers is quite high.

With the broad thrust on urbanisation and developing better infrastructure in India, incorporating public needs such as EMS into future public policy and design through rigorous research is crucial. We have shown that EMS systems have engineering, business and policy aspects. This leads to the need for interdisciplinary solutions combining technology, business operations and policy. Operational decision making in this context typically involves fleet design, allocation, redeployment and dispatch. In addition, novel operational and policy questions need to be addressed due to behavioural issues arising in the system.

Fleet design involves finding the right mix of different types of ambulances, whether advanced life support (ALS) or basic life support (BLS) ambulances, that are required to serve the population of interest. Ambulance allocation consists of deciding how many ambulances of each type to locate at a pre-specified set of base locations in the city to meet the needs of multiple users within service-level agreements. Most service levels are defined with respect to the time for the ambulance to reach the base and time to reach the hospital.

Another important policy question that arises in the design of a fleet size and corresponding allocations is the size of the fleet required to meet the service level expectations. Often it is difficult for the policy maker to decide, especially in public private partnerships, whether the fleet size and operating schedule set by the private operator is sufficient to achieve the required service levels. Multiple research teams, including Maxwell et al (2014) and our team have developed techniques to help policy makers evaluate the fleet sizes that are used by the operator, and their corresponding allocations. The aim is to aid assessments of whether potential increases may be required to help meet desired service expectations.

Under high resource constraints, highly interdependent ambulance allocation can result in “cascades” or sequences of calls that might be served at low service levels due to previous call assignments. We show that such cascades can be decreased, and even minimised, using efficient and near-optimal ambulance allocation. However, as the scale and area of the city under consideration increases, it becomes increasingly difficult to achieve near-optimal solutions to these problems. Researchers such as Yue et al (2012) have used multiple methods to develop efficient algorithms that decrease the dependencies between calls, minimising such cascading effects and improving service levels.

Human Behaviour in the System

Other novel operational and policy questions arise due to human behavioural issues in the system. Dispatcher behaviour is an important factor worldwide, but it appears that caller abandonment behaviour occurs primarily in emerging economy settings. Patients have a limited willingness to wait for ambulances. Delays caused by traffic and resource constraints (perhaps an ambulance further away has been dispatched) results in the caller sometimes leaving the scene through other means of medical or non-medical transport, thus abandoning the ambulance. In the setting of our study, abandonment occurs in about 16% of calls.

This gives rise to multiple operational and policy questions, ranging from the factors influencing callers’ patience thresholds to tailored dispatch mechanisms or ambulance allocations. Our research suggests that the urgency of the emergency and the location of the caller significantly influence their patience thresholds. Callers from semi-urban areas are more likely to wait longer, possibly due to the lack of alternatives compared to urban areas. Additionally, we observe that re-allocating ambulances at the current set of base locations, even with an increased fleet size on par with numbers in developed countries, does little to improve abandonment behaviour.

Selective dispatch has a similar impact. Declining service to callers who are highly likely to abandon the ambulance does not have much impact on the overall system service levels experienced.

Instead, redesigning the entire network of ambulances by relocating the base locations themselves has the potential to significantly reduce abandonment. By considering all possible street corners as potential base locations, the network may be redesigned by choosing a subset of such locations that better match service times to caller patterns and patience levels, resulting in lower abandonment. Under this service network redesign paradigm, our algorithm adds each new ambulance to the network in a manner that improves overall service levels and reduces abandonment. Our experiments show that such network redesign can decrease abandonment by 2% with the current fleet size, by 5% doubling the ambulance fleet size and by 6% using three times the current fleet size, at levels comparable to developed economies. Policy makers can thus decide to adopt more efficient network structures compared to existing ones, achieving clear benefits for society as a whole, both at existing fleet sizes and at expanded fleet sizes closer to those in developed economies.

Several challenges remain in the design and operations of these systems. The unique challenges of the Indian context demand novel solutions that do not exist today elsewhere in the world. More importantly, each facet of these systems has engineering, business and policy aspects, necessitating interdisciplinary solutions. It is necessary to leverage the current decentralised structure of EMS in India to create effective business models to serve broader populations, as well as to design operations with novel business models geared to meet higher performance standards. From a policy viewpoint, public private partnerships should be efficiently structured to improve EMS. Finally, opportunities for business and social entrepreneurship could be identified and enabled. 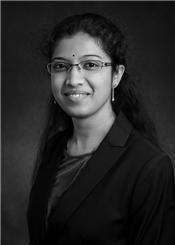 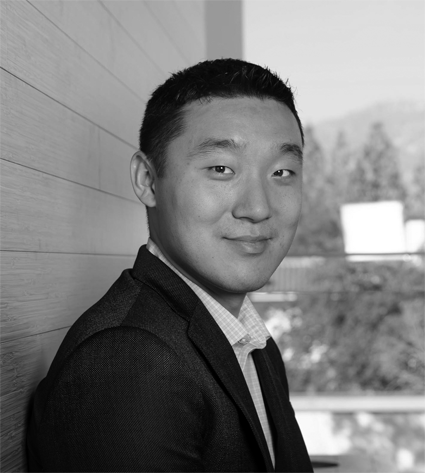 Assistant Professor of Computing and Mathematical Sciences and Director, DOLCIT at the California Institute of Technology. 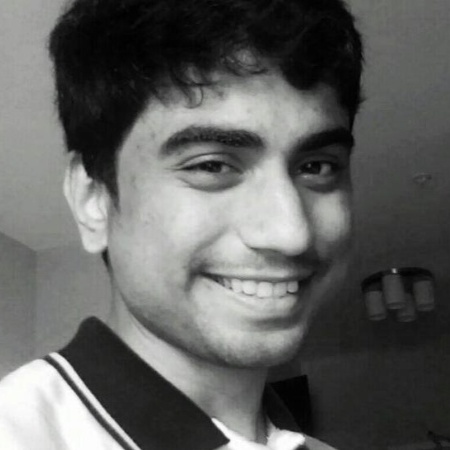 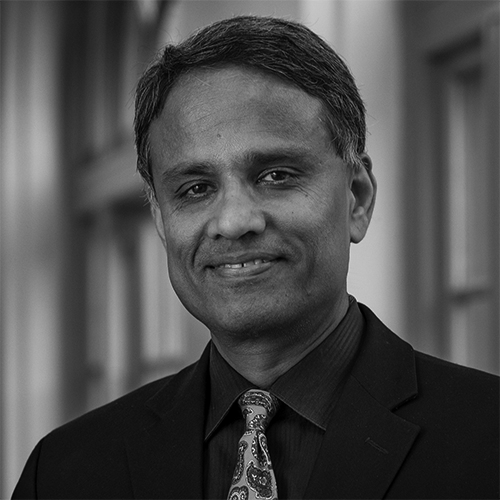 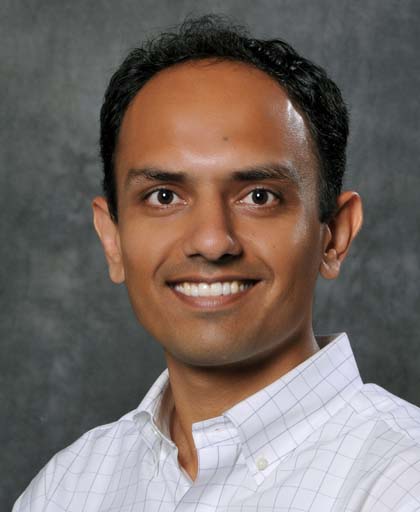 Associate Professor of Operations Management and Executive Director, Max Institute of Healthcare Management at the Indian School of Business.