Complementary Roles of PCs and Smartphones in Enabling Digital India

The research by Professors Sundar Bharadwaj, S Arunachalam, and Ananthanarayanan S indicates that India’s technological revolution, which is heavily based on smartphone usage, is yet to address several critical areas of knowledge building. For the Digital India Programme to be effective, India needs to be a knowledge based economy as well as a digitally empowered one and hence, a good balance between the use of PCs and smartphones is essential. Based on their findings, the researchers make recommendations that can help achieve the objective of digitising India more effectively.

According to a recent United Nations report, India has the world’s largest youth population with 28% of its population within the range of 10 to 24 years of age. Highlighting the fact that young people are innovators, creators, builders and leaders of the future, the UN pointed out that India’s young people present a tremendous opportunity to transform the country’s future (Source: Economic Times, November 18, 2014). Accordingly, India needs to invest heavily in young people’s education, health and progress. In the recent past, India’s efforts towards long-term social and economic development have largely centred on “Digitising India”. One such effort is the “Digital India Programme”. It is a flagship programme undertaken by the government of India with a vision to achieve two specific objectives: 1) to transform India into a digitally empowered society, and 2) to make India a knowledge economy (Source: digitalindia.gov.in). India is indeed poised for a major technological revolution where millions of Indians can use connected devices to access information, education, healthcare, government services and e-commerce.

Inevitably, the success of the digital India programme requires every Indian household to be empowered with technology. Working towards digitising India, the government has been actively promoting the “Mobile First” approach. This approach involves creating a heightened preference among users for using a mobile phone to access online content and perform specific online tasks. Even application vendors are encouraged to consider mobile users as the number one priority in their development roadmap (Source: Forbes.com, April 10, 2015). Focusing on mobile phones to transform India into a digitally empowered society is perfectly understandable as shown by mobile phone usage statistics. The number of mobile users in India have been increasing exponentially. As of January 2016, India had one billion mobile users, ranking second only to China (Source: Forbes.com, January 6, 2016). Undoubtedly, mobile phones have cemented India’s transformation into a digitally empowered society, by ensuring rapid communication and ease of connectivity.

That said, it is important to realise that mobile phones help to achieve only one objective of the digital India programme—that of making India a digitally empowered society. The other and equally important objective, of making India a knowledge economy, has not been catered to effectively by mobile phones alone. Even though India has a large number of smartphone users, the devices are largely used for activities involving entertainment, social media, chatting, gaming and shopping. Mobile phones haven’t done much in terms of knowledge creation. They are effective for content consumption, rather than content creation, skill development and citizen empowerment.

So the question looms large: If smartphones are not making India a knowledge economy, what will?

India needs to invest heavily in young people’s education, health and progress. In the recent past, India’s efforts towards long-term social and economic development have largely centred on “Digitising India”.

Professor Sundar Bharadwaj, S. Arunachalam and Ananthanarayanan S. point out that India’s technological revolution is encumbered by serious challenges. They say these challenges are worrisome because they pose a significant threat to India’s advancement as a knowledge economy. Their research indicates that India’s technological revolution, which is heavily based on smartphone usage, does not adequately cater to several critical areas of knowledge building, such as content creation, skill development and citizen empowerment activities such as education, job related information, accessing government schemes and healthcare. Why? Because in this domain, it is the PC that enables access.

Based on the data collected during their study, the researchers point out that when it comes to knowledgebased activities, users prefer PCs over smartphones. Despite this, India’s PC usage statistics are not very encouraging. While India is still among the few markets exhibiting growth in PC penetration, it is still at a modest 17% at an all-India level and India does not feature in the top ten emerging markets for PC penetration. Growth in PC penetration has been small, driven largely by firsttime PC buyers, from the lower-middle class in mostly smaller towns. Nevertheless, the numbers from rural India are encouraging; interestingly, rural India is not far behind urban India in terms of spending on mobile phones, personal computers and tablets. Citizens from rural India see PCs as a means of achieving their aspirations and influencing their learning and career choices. Further, citizens use PCs more than smartphones, to access government schemes meant for non-urban India. While smartphones are likely to be critical drivers of technological development, it is PCs that will drive technology usage and engagement.

Based on the findings of their study involving 509 respondents from 11 IT kiosks embedded in Common Service Centres (CSCs) across India, the researchers propose that the strategy for the digitisation of non-urban India be primarily based on the increased adoption of personal computing devices. The study involved identifying facilitators and barriers to the adoption of PCs in rural India and a comparative analysis of the use of PCs versus smartphones in accessing government programmes, education, job-related information and healthcare. The numbers indicate that at an all-India level, 54% of the respondents prioritised a desktop/notebook PC for educational purposes, while 36% of those who owned both a PC and a smartphone showed a clear preference for PCs, especially for use in matters such as healthcare and education. Further, PC users were 7% more likely to use PCs to find new or better jobs when compared to non-PC users. Likewise, PC users were 6.7% more likely than non-PC users to use PCs to access healthcare information. PC users were found to have a 5% increased preference for PCs over smartphones, for education purposes, than non-PC users.

Bharadwaj, Arunachalam and Ananthanarayanan present the following findings related to PC adoption, and barriers to the use of PCs:

Based on the findings of their study involving 509 respondents from 11 IT kiosks embedded in Common Service Centres (CSCs) across India, the researchers propose that the strategy for the digitisation of non-urban India be primarily based on the increased adoption of personal computing devices.

Based on these findings, the researchers make recommendations with huge policy implications that can help to achieve the objective of digitising India more effectively. Their key recommendations include:

• Smartphones and PCs are complementary
The government and industry can make efforts to promote smartphones and PCs as complementary devices that collectively empower citizens and help build a digital India. The PC + mobile phone approach is recommended in order to fill gaps in skill development, digital literacy and content creation, all of which significantly contribute to the creation of a knowledge-based economy. To that effect, smartphones are to be seen as a gateway to driving PC adoption and better appreciating its benefits. The National Skill Development Corporation can play a key role in increasing PC adoption, not only through PC-based delivery of its job skill development initiatives but also by offering incentives for adopting personal computing devices.

• Make PCs affordable
One of the significant barriers to PC adoption is affordability. Therefore, availability of easy financing options can prove to be an integral part of driving PC adoption, especially in nonurban areas. Microfinance companies, banks, non-banking financial corporations, post offices and other government agencies need to enable the process of offering loans to citizens desirous of purchasing PCs. Common Service Centres can also be a single point for offering loans and easy financing. Additionally, the government must take necessary measures to encourage local manufacturing of low-cost PCs and reduce tax and duties on personal computing devices to make them more accessible and affordable.

• Use of local languages as user interface language
The use of English as the primary user interface language posed one of the most significant barriers to PC adoption. Hence, the use of vernacular language interfaces and access tools can be used to effectively drive up PC adoption. There is a dire need to create local language applications and to encourage local developers to create more vernacular content. The industry and government should incentivise developers to focus on creating intuitive and easy-to-use solutions that are relevant for the diverse cultures across India.

The industry and government should incentivise developers to focus on creating intuitive and easy-touse solutions that are relevant for the diverse cultures across India.

• Create and reward local technology evangelists to drive adoption
An important observation was that positive word of mouth from local opinion leaders and increased familiarity played a key role in driving PC adoption. In an innovative programme launched by Intel called “Ed Kadam Unnati Ki Aur” (Take a step towards progress), unnati gurus (technology evangelists) played a major role in PC adoption. Unnati gurus play a highly commendable and effective role in PC adoption by way of guidance, coaching and addressing inhibitions and fears of technology and PCs. More and more local digital evangelists must be identified and trained to reach out to their communities and citizens on the need for and relevance of technology in their lives.

• Harness the power of societal influence
Non-urban towns offer an opportunity to target citizens beyond the youth population to drive PC adoption. Segments that include women and older men (25 years and above) with high aspirations connect well with the predominant themes of empowerment and job skill acquirement. While young people are more hands-on in their PC experience, it is the older population that needs more encouragement and guidance in interacting and engaging with PCs. Younger citizens, unnati gurus and digital evangelists should encourage citizens of all age groups, especially older people, to interact with the PC. Interactive audio-visual content across skill development, jobs and career advancement, entrepreneurship and women’s empowerment will create the greatest impact.

• Create and leverage sustainable publicprivate partnerships to scale technology adoption
The government can create public-private partnerships and co-opt the players to create a blueprint for non-urban digitisation. A public-private partnership framework outlining the specific roles and responsibilities of the participants could be formulated. Fixed scheduled days can be announced and citizens must be encouraged to visit Common Service Centres to access content and information, and to avail financing options related to PC adoption on these scheduled days. 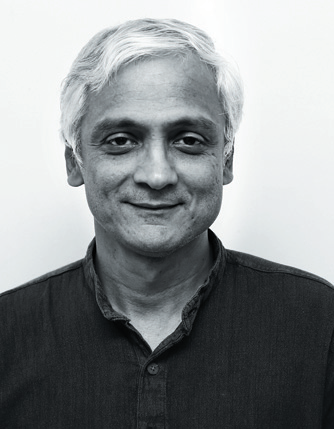 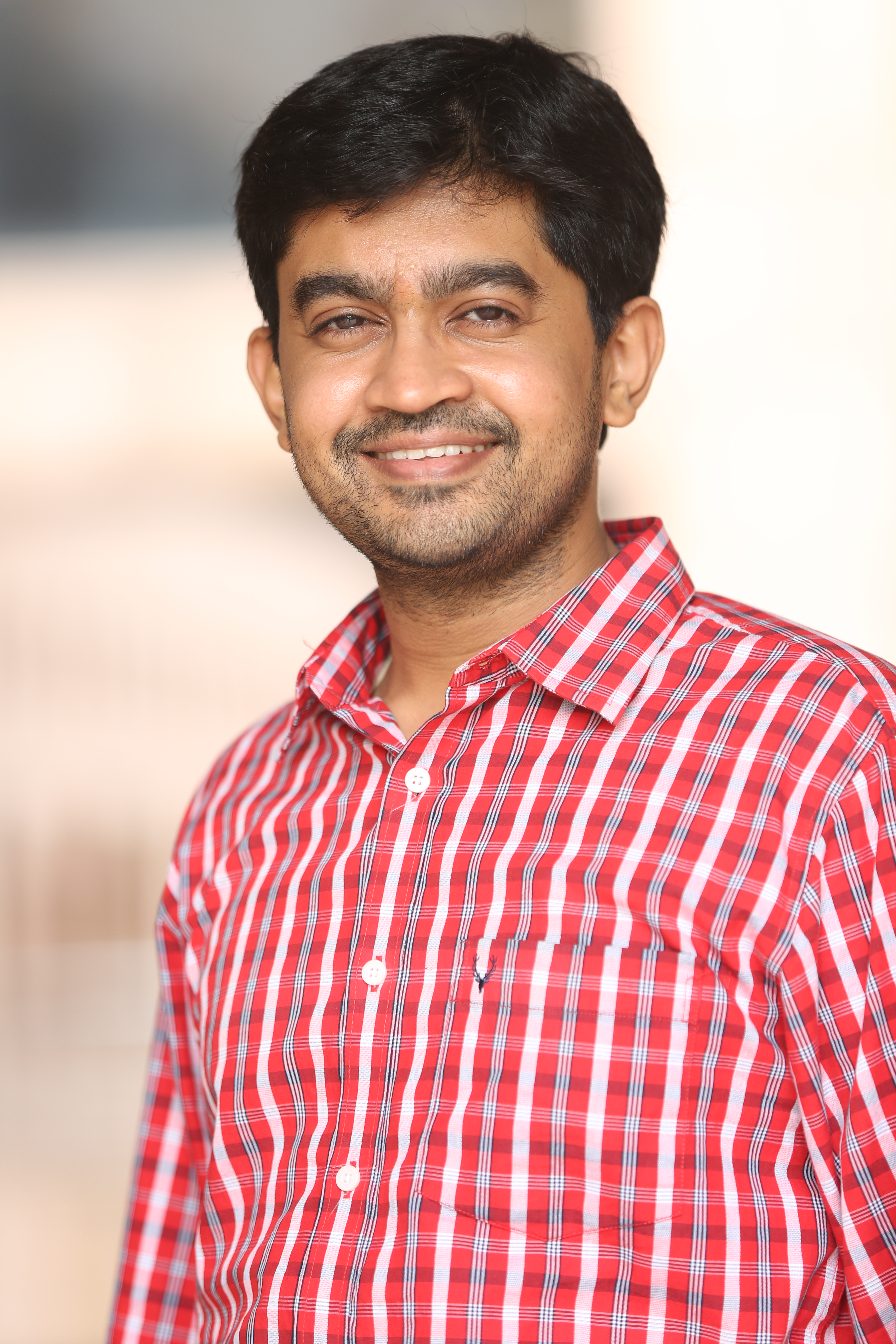 S. Arunachalam is Assistant Professor of Marketing at the Indian School of Business