Auditor’s Independence – The India Story: Can Auditors be Truly Independent? Who Will Police the Policeman?

The very purpose of statutory audit is to independently protect the interests of the shareholders, and for this purpose auditors have access to any and all information that they may require from the company. But can auditors be truly independent?  Several issues affecting the independence of auditors are examined in the  following article, based on a  research paper*  by Professor Sanjay Kallapur, Indian School of Business and Hyeesoo Chung, School of Global Management and Leadership, Arizona State University West.

A disturbing aspect of the Satyam scandal that broke with the confession on  January 7, 2009 by its founder-chairman,  B Ramalinga Raju, was the fact that the manipulation of the company’s accounts had been going on for years, despite the regular auditing of the company’s accounts by no less a firm than Pricewaterhouse Coopers (PwC), one of the Big four auditing companies in the world.

The pace of investigation into this murky affair has been slow, and there is still not enough clarity on the possible complicity of the two partners of PwC, S Gopalakrishnan and Srinivas Talluri, who separately signed the balance sheets of the company over the years.  However, this is clearly a watershed moment for the Indian corporate world in matters relating to audit, for it brings into sharp focus the importance of the audit function in good corporate governance and all the issues affecting the independence of auditors.

To most, it would seem that cover-ups and scams of the magnitude revealed in the Satyam case, which have taken place over a period of many years, could not have happened without the collusion of the auditors.  The very purpose of statutory audit is to independently protect the interests of the shareholders, and for this purpose auditors have access to any and all information that they may require from the company.

Critics point out that although the auditors are supposed to serve the shareholders’ interest, it is management that hires and fires them

Critics point out that although the auditors are supposed to serve the shareholders’ interest, it is management that hires and fires them. Further, managers also award them lucrative consulting contracts. Can auditors then be truly independent? Who will police the policemen? This article argues that auditor independence is in fact possible, but the factors that increase auditor independence need strengthening in India.

Importance of individual clients to the audit firm
One of the most glaring differences between the regulations governing audit firms in countries such as the USA and India is the restriction in India on the size of an audit firm and the maximum number of clients a partner can serve, both numbers being restricted to 20 at present.  The much-delayed amendment of the Companies Act proposes to increase the number of partners to 50 and the number of clients to 30 per partner.

The resultant larger client base will reduce the importance of a given client’s fees in proportion to the total billing of the audit firm.  In the case of large audit firms in the USA, the largest individual client’s account would be barely half-a-percent of the total billing.  The higher this percentage, the greater would be the pressure on the auditor to bend a little to accommodate the management.  Today, there are over 1,000 audit firms in India which have just one stock-exchange-listed client each!  With this kind of total dependence on a single client for his livelihood, can one really be sure of the independence of the auditor?

Importance of reputation
There is no doubt that market forces work on auditing firms, since their business is built on their reputation.  The Enron investigation in the USA in 2001-02 revealed substantial complicity of the officers of the auditors, Arthur Andersen LLC, in allowing several sharp practices to be indulged in by the company’s managers.  And they made things worse when they were discovered to have shredded thousands of documents relating to their audit work, allegedly to conceal evidence.  As a result, one of the most respected audit firms in the world – one of the “Big five” – lost all its clients and completely disappeared! While the US practice of Andersen was convicted and therefore lost its license to practice, the collateral damage to reputation led Andersen’s practices in every country (which are all technically separate entities) to go out of existence.

Some reports have appeared in the press of a couple of PwC Clients having changed their auditors after the Satyam revelations; however, the lack of clarity about how exactly the books were manipulated has left the question of the competence of the auditors open.

It is interesting to note that SEBI had to go all the way to the Supreme Court of India to get permission to interrogate the jailed Satyam promoters and the auditors.

Class action suits as a deterrent
In addition to the factor of reputation, class action suits can be a great deterrent in the USA, and the deep pockets of the audit firm and its individual partners can be targeted.  This fear does not yet exist in India where the laws and the courts are yet to award such damages.  Admittedly, the lure of huge awards has led to a very large number of such suits being filed against companies and their auditors in the USA, a large number being dismissed as frivolous.  Defending these suits costs companies and audit firms a great deal in terms of legal costs, as well as distracting the attention of management from operating issues.

Regulation
Audit firms have for long proclaimed their ability to regulate themselves through the Institute of Chartered Accountants of India (ICAI).  However, many will be astonished to know that the maximum punishment that the disciplinary committee of the ICAI can mete out, if Messrs Gopalakrishnan and Talluri are held to have been negligent but not guilty of criminal conduct, would be cancellation of their licence to practice and a fine of Rs. 5 lakhs!  And no sanctions could be made against PwC!
However, self-regulation by the auditors has been seen to be ineffective in most advanced countries and greater powers to regulate the profession have been vested in regulators such as the SEC in the USA. It is interesting to note that SEBI had to go all the way to the Supreme Court of India to get permission to interrogate the jailed Satyam promoters and the auditors.

Need to restore investor confidence
The public debate after the Satyam scam has heightened the awareness of the need to shore up the powers of Government, SEBI and the ICAI to ensure much better corporate governance, adherence to corporate law, and protection of shareholders interests.  It is encouraging that the new Central Government has put on its 100-day programme the much-delayed overhaul of the Companies Act. 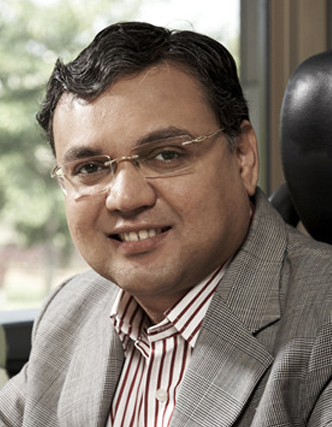