Who Will Be the Next Media Giant?

Piyush Sharma in conversation with ISBInsight
in Past Issues, Knowledge Spotlight

ISBInsight caught up with Piyush Sharma, former CEO of New Initiatives at Zee Entertainment, to discuss the disruptions and strategic opportunities created by technology in the media business, at the side-lines of the Thought Leaders Conference on Managing Business and Innovation in Emerging Markets.

ISBInsight: Let us start with media and entertainment companies, given your extensive background there. There are 150-year old, large media houses grappling with technology changes today. Washington Post is a part of Amazon now. How do you think media has transformed and adapted itself?

Piyush Sharma: The media industry is clearly at an inflection point worldwide. There is a robust interplay of technology, media and telecommunications. Every new week, you are inundated with new competitors. One hallmark of this industry is that it is exciting. It is profitable, marked by high competition and rapidly changing consumer perspectives. The ability to understand the tastes of a multi-platform consumer is crucial for survival and growth in this sector. With the advent of Virtual Reality (VR), Augmented Reality (AR) and wearable technology, the ability for media organisations to respond is becoming key.

The death of legacy media is at the crux of this conversation. We have previously heard about the death of newspapers, television and so on, but it is clear that there is a full paradigm shift now. Higher overheads, leaner revenues, better returns on investment for newer players through technological interventions are the various aspects of the underlying cost structure that challenge legacy media. Legacy media companies are in a unique situation where they almost have to fix the plane while it is flying.

Now compare a newspaper company with a Google, sitting at close to US$95 billion advertising revenues. The newspaper’s competitive environment is diametrically opposite to that of Google. Newspapers operated in a world of scarcity as far as published materials were concerned. In the case of Google, there is overwhelming abundance. In the world of newspapers, whoever controlled the scarce resources had the power to set the prices for those resources. Therefore, newspapers that were able to capture audience attention, got the advertising money. Today, the internet has an abundance of resources but now the challenge is making sense of that abundance—to be able to index it, to find it under the right tab. Google today very clearly holds that power.

The ability to understand the tastes of a multi-platform consumer is crucial for survival and growth in this sector. With the advent of Virtual Reality (VR), Augmented Reality (AR) and wearable technology, the ability for media organisations to respond is becoming key.

If you look at only internet publishing and opportunities to advertise, there are probably a billion odd sites. Finding audiences is extremely difficult while they are roaming these billion plus sites—whereas it was much more straightforward with print media, when there were limited numbers of publications available. Instead of letting advertisers move into this hopelessly abundant world, Google succeeds by acting as a gatekeeper to facilitate audience reach for advertisers. Google aggregates the consumers. The point of exit is not clear, but the point of entry is controlled. Almost 90% of searches originally start with Google.

Is there a modus operandi from this media and entertainment core business model which might become a blueprint for other firms or sectors?

Media and entertainment companies work on three levels. The so-called ABC of media focuses on the audience, the brand and the content. The audience or aggregation of consumers is what brings in traffic. The digital is very clearly subject to aggregation models and winner-takes-all dynamics. Facebook and Google, therefore clearly are indeed taking it all. The second is brand creation: you create a website and affinity to established brands creates an entry barrier for new brands. If you look at Over-the-Top (OTT) platforms in India today, or the delivery of film and TV content via the internet such as with Hotstar, it is very difficult for a new player to establish their brand. Traction comes through the route of content, where you offer engagement to consumers.

The ability to eliminate competition is the takeaway for management. Everything crucial about consumer technology at present runs through the big players — Google, Facebook, Amazon, Apple and Microsoft. Whether you look at smartphones, laptops or other devices, chances are that it is running through this oligopoly in some way. The fact that these behemoths are sitting on huge cash reserves enables them to acquire start-ups and fund innovation. This leads to continuous growth. The elimination of competition and the creation of monopoly means that these companies almost own a particular industry.

Media and entertainment companies work on three levels. The so-called ABC of media focuses on the audience, the brand and the content.

The interesting part about this modus operandi is the ability to create value for several associated players. One of the fundamental differences with the platform model is the benefits – everyone wins. That is key to their success.

What connections do you see between data and corporate strategy?

The World Economic Forum (WEF) tells us that data flows have larger impacts on economic flows than goods trades. This is pretty remarkable. Trade routes and networks took centuries to develop but cross-border data plays only started 50 years ago. The quality of data has switched from demographic data collection to much more sophisticated forms. Underneath our device screens, we are continually shaping our digital profiles. Apple has our biometric data. There are cookies and other trackers at play.

Consider Amazon or Google. Data availability and access are shifting their core strategies. Google of course, today is a big player. The question is: could Amazon challenge this position?

The World Economic Forum (WEF) tells us that data flows have larger impacts on economic flows than goods trades. This is pretty remarkable.

In the funnel of data, Google indicates the intent to buy. What Amazon offers is the real purchase history. Amazon also has an online and offline ecosystem on which it can potentially capitalise to deliver data insights. So, we see it rapidly expanding across to retail, fashion etc. It can soon become the one platform that users do not need to leave. Today 50% of product searches worldwide begin on Amazon. Amazon is leading e-commerce mobile searches even in India. This is a big finding for Amazon. Importantly, the search methods used today will become archaic soon and voice technology will take over. The amount of data collected and analysed will only go up with voice. That is the power of data. By using data efficiently and effectively, companies also contribute to their core businesses.

The so-called GAFA mafia — Google, Amazon, Facebook and Apple — is engaging consumers in unique ways and also using algorithms to monetise customers. If everyone wins in the platform economy, does that include consumers as well?

While platforms need third parties to create their ecosystems, aggregators attract end users by their inherent usefulness. Over time, the industry has to follow the dictates of the aggregator.

Consumers have to make their choices too. There are many trust and transparency issues. However, few of us are able to live without technology. How many of us are able to give up on a Google and Facebook and go to a subscription model to get access to information or contacts? These issues are important. Regulatory agencies are fighting the data privacy battle on behalf of consumers.

The trade-off is on the price of information. When you offer information free, you realise that the aggregation of consumers is the largest. It is the fundamental peg on which business rests. Offering relevant contextual content is the main service provided. So that is not going to change to any other model because aggregating consumers at the entry point is the key feature.

While platforms need third parties to create their ecosystems, aggregators attract end users by their inherent usefulness. Over time, the industry has to follow the dictates of the aggregator.

Understanding media trends– whether the “GAFA mafia” in developed markets or an Alibaba, Baidu and Tencent in emerging markets—is central to understanding technology deployment in modern marketing. These players have built an empire disparate industries—Google and its parent company Alphabet on advertising revenues, Apple on hardware, and Amazon on e-commerce.

There are now new behemoths on the block created through digital matchmaking—think of the Flipkart and Walmart partnership in India. How will this evolve in the context you have been discussing?

Walmart entered India at a very late stage. Amazon has been around in India for a while. But Flipkart and Walmart could challenge overnight everything that Amazon has dominated. There is a huge competitive advantage through Flipkart’s retail industry knowledge, data on purchase patterns and, of course, its big scale. The important thing with network effects is that we don’t know how the market will go from here. We know that Walmart is in the business of providing the best possible price for any product that it wishes to offer its global customers. So, does a Flipkart acquisition also lead to network effects for Walmart? Could it create a differentiated, competitive supply chain for the global market from India in a manner that was not the core of the business?

The e-commerce part of India is still untapped compared to China and the US. There is huge potential to scale this business for a Walmart-Flipkart. There is enough room to grow for the new entrants as well as the old players.

We started this conversation discussing the interplay between technology, media and telecom to look at past and future trends. Google and Facebook have ended up becoming media giants. No one could have predicted that 15 years ago. Whether it is Amazon or Flipkart leading the charge for the next largest media company remains to be seen.

Piyush Sharma is an Executive in Residence at the Indian School of Business. His career spans three decades across diverse industries—consumer durables, technology, consulting, logistics, and media and entertainment. He helped launch and build brands such as Sports Illustrated and Travel + Leisure in India. As CEO of Zee Entertainment Enterprises Limited, he led television, digital, OTT and e-commerce initiatives across Asia Pacific for the brand, and was awarded the Success Story of the Year Award in 2016 for his contribution.

Yogini Joglekar is the Managing Editor of Management Briefs@ ISBInsight at the Indian School of Business. 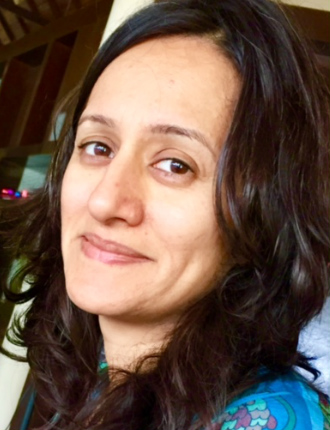 Yogini Joglekar is the Managing Editor of Management Briefs@ ISBInsight at the Indian School of Business.