Professor Krishnamurthy V Subramanian and researchers Chandra Sekhar Mangipudi and Rajkamal Vasu adopt a novel approach to valuing innovative assets of young, path-breaking firms by examining the value paid for their acquisition. Using data from Cisco Systems, a serial acquirer, their study arrives at quantitative estimates of the value of such firms, throwing new light on the price that established firms are prepared to pay to stay at the forefront of innovation, and how that value is determined.

We focus on young, private firms because they are the primary drivers of mould-breaking innovation in an economy (see Zucker et al 1998). While relevant, such an approach poses significant challenges on two fronts. First, data to value private firms is not easily available. Second, given the several “unknown unknowns” that characterise an innovative venture, valuing innovative assets of firms that have minimal track records entails significant challenges. Even in the case of publicly listed firms, which have better track records than private firms, the stock market “mis-values innovation”, as Cohen, Deither and Malloy argued in a 2013 Review of Financial Studies paper. Therefore, the challenges involved in valuing the innovative assets of private, innovative firms only get multiplied manifold.

We adopt a novel approach to address the challenges relating to data on the value of private firms. Since acquisitions have become the dominant mode for exit by start-ups, the market for acquisition of young, innovative firms is quite active.1 Therefore, we use the value paid for acquiring such firms to value their innovative assets. We combine this approach with unique data on patents and citations that we have hand-collected from Google patents. We overcome the valuation challenges described above by examining differences in the value paid for targets that were acquired by the successful serial acquirer,  Cisco Systems. Cisco’s fine-tuned processes for the acquisition of private, innovative firms enable us to avoid the errors that the complexities in valuation introduce. To alleviate concerns about external validity, we cross-check the estimates obtained using Cisco’s acquisitions with those of Yahoo and Google.

Estimating the intrinsic value of innovative assets of mould-breaking innovators is important to guide corporate and national innovation policies.

Second, the literature on endogenous growth identifies innovation as the key determinant of economic growth (Aghion and Howitt, 2005). Estimating the intrinsic value of innovative assets of mould-breaking innovators is important to guide corporate and national innovation policies.

Existing studies valuing innovative assets relate the stock market value of publicly listed, manufacturing firms to their research and development (R&D) expenditures, R&D stock, patents and citations to these patents (see Hall et al, 2000, for a survey). Given the long gestation periods involved in innovative projects, this approach exploits the forward-looking estimates provided by the stock market. However, since stock market values are available only for publicly listed firms, this approach cannot be extended to the young, private firms that are at the forefront of innovation.

The market for acquisition of innovative targets provides an alternate avenue to arrive at a fair estimate of the value paid for innovative assets. For one, this market is quite active.  Second, the incentives for proper due diligence are greater for acquirers when compared to a typical market participant due to the larger stakes they acquire (at least 50% in our study, and 100% in many cases) as well as due to the fact that they are acquiring control over the business rather than undertaking a purely financial investment.3

The Importance of Being Cisco

Instead of investigating a heterogeneous sample of acquisitions, we focus on the large sample of acquisitions undertaken over two decades by Cisco Systems. This focused examination provides multiple advantages. First, Cisco follows well-tuned processes for the due diligence of the target (Paulson, 2001). Given its finely crafted merger and acquisitions (M&A) procedures, Cisco is more likely to handle the complexities involved in valuing the innovative assets of private, innovative firms. As a result, valuation errors in general and overpayment resulting from the target’s asymmetric information in particular are less likely to lead to systematic biases in our sample.

Second, Higgins and Rodriguez (2006) find that acquirers in the high-tech industries are more likely to acquire a private, innovative target when the acquirer is more desperate because of declines in its innovation output. However, unlike sporadic acquirers that acquire because of declines in their innovation output, a serial acquirer such as Cisco undertakes acquisitions as part of its core business strategy. As a result, acquirer desperation is unlikely to lead to overestimation of synergies in our sample. Relatedly, because serial acquirers that destroy shareholder value become targets themselves (Mitchell and Lehn, 1990) and Cisco has been a successful serial acquirer, systematic overpayment is unlikely to be a concern in our sample.

Third, in one-off acquisitions, an acquirer is likely to pay more during a boom and less during a recession. However, Cisco’s acquisitions have spanned booms and busts. Moreover, since Cisco has acquired multiple targets every year, we can compare among the deals within a year. Therefore, we can abstract out market timing issues affecting the value paid.

Finally, unlike Cisco’s acquisitions, the acquisitions made by other serial acquirers in the high-tech industry – Microsoft, Intel, Yahoo and Google, for  instance – are not as amenable to careful econometric analysis of the intrinsic value of innovative assets.

Innovation by the Numbers

The large differences can be attributed to the following factors. First, while innovative assets are not critical to manufacturing firms, they represent the lifeblood for innovative firms. As a result, the value of a patent is likely to be lower for manufacturing firms. Second, when compared to private, innovative firms, which are the primary drivers of mould-breaking innovation, the value of innovation in publicly listed firms is likely to be lower. Finally, we use the value paid by a serial acquirer as opposed to that attributed by the stock market. Cohen, Deither and Malloy (2013) find that the stock market ignores the implications of past successes when valuing future innovation. In contrast, targets are unlikely to ignore the value of past successes when putting a price on themselves. Thus, unlike in Hall (2005), our estimates are likely to incorporate the expected value implied by past successes.

Aghion and Tirole (1994) argue that an innovative firm will have a stronger incentive to exert innovation effort if the firm owns the property right to the innovation, which enables the firm to capture a greater proportion of the value from the innovation it generates. Theoretically, the increase in value with increases in patents is consistent with the prediction in Aghion and Tirole (1994) that the value of a portfolio of innovative assets increases with the intellectual property rights provided by the portfolio.

As our second result, we find that the value of a portfolio of innovative assets increases with the expertise associated with these assets. Citations to patents provide an estimate of the value of an innovation, and proxy the value of the expertise/ technology underlying a patent over and above the property rights granted by a patent. We find that one standard deviation increase in the citations received by the target before the acquisition increases the target’s value by US$482 million.  Our results suggest that even if property rights over an asset are not granted, the ability to use an intangible asset enables the employees of a firm to specialise to these assets and thereby acquire expertise over them. This expertise possessed by the employees makes them valuable to the firm. Therefore, the expertise/ technology underlying a portfolio of innovative assets adds value to the portfolio.

Also, we find a positive and statistically significant effect for the number of target employees before the acquisition on the value paid. The positive effect of employees is consistent with Rajan and Zingales’ (1998) prediction that the higher the number of employees in a firm, the greater the human capital specialised to the firm’s assets.

We find that each citation received from Cisco before the acquisition is worth close to six times the average citation received from firms (other than Cisco) before the acquisition, which supports the predictions made by the property rights theory that value stems from mutual specialisation. Since mutual specialisation may result from dissimilar assets that are cited by Cisco, we explore this effect further by calculating the overlap between the innovative portfolios of the target and Cisco.

Our study assesses the value of innovation, focussing on young, private firms because they possess a distinct comparative advantage in undertaking path-breaking innovation (Akcigit and Kerr, 2010). This is in contrast to the existing literature which focuses on publicly listed firms.

The approach developed in the paper can be incorporated by investment banking analysts and M&A practitioners to estimate the determinants of the value of technology-related intangible assets acquired in business combinations.

2  The significant amount paid for such assets is illustrated by the acquisition of Medimmune Inc. for US$15.7 billion in 2007 by AstraZeneca PLC, where AstraZeneca recognized in its International Financial Reporting Standards (IFRS) balance sheet US$8.1 billion of acquired intangible assets and US$7.8 billion of goodwill. Likewise, after the acquisition of the Pfizer Consumer Healthcare division for US$16.6 billion, Johnson & Johnson’s United States (US) generally accepted accounting principles (GAAP) 2007 Annual Report disclosed acquired intangible assets of US$8.8 billion and goodwill amounting to US$6.5 billion. After the acquisition of YouTube in 2006, Google disclosed in the 2006 US GAAP Annual Report US$177 million of acquired intangible assets.

3  The VC market for funding of new ideas may seem to be another avenue. However, VCs typically invest in relatively unproven ideas, some of which may translate into innovative ventures while many others fall by the wayside. Moreover, VCs acquire cash flow rights together with control rights such as the right to liquidation, board seats, etc. As a result, the control rights need to be disentangled from the cash flow rights to arrive at an estimate of the value of an innovative asset using the post-money valuation provided by a VC. 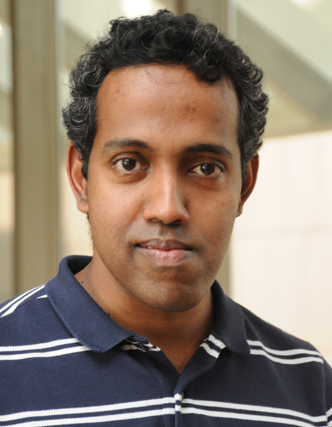 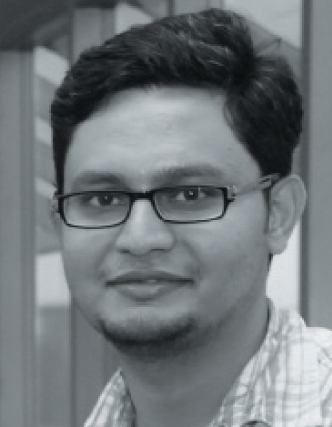