A Tonic For Spurring Growth

B Muthuraman, President, Confederation of Indian Industries (CII) and Vice-Chairman of Tata Steel, provides an overview of the government’s National Manufacturing Policy (NMP) and its possible impact on businesses in India.

The new National Manufacturing Policy (NMP), which aims to generate 100 million jobs and increase India’s GDP to 25% by 2022, is a positive development and will definitely put the manufacturing sector in a long-term high growth trajectory. The Confederation of Indian Industries (CII) believes that this is a positive development because India’s growth will falter without large-scale job creation and the service industry alone cannot deliver on the growth promise.

No major country in the world has become economically prosperous without going through long periods of manufacturing dominance. This is true of the US, Western Europe, Japan and now China; India cannot be an exception. A comparison with other emerging economies indicates just how much India has lagged in the manufacturing sector. Manufacturing in India contributes to a mere 15% of GDP, unlike other countries such as such as China (34%), Thailand (40%), South Korea, Poland, Turkey and Malaysia (approximately 26-30%), which are far ahead in this arena. Moreover, in last two decades, the Indian economy has moved from being largely agrarian to being more service-oriented, skipping the phase of industrialisation. This is of utmost importance if India is to provide gainful employment to the millions, who are entering the working age population every year.

In India, the rising operating costs of companies have restricted their profits thus limiting their capacity to reinvest. Already-planned large investments are also being hampered on account of delays in environmental clearances and land issues. In addition, manufacturing industry growth over the years has been hampered by issues such as:
• High transaction and compliance costs,
• Stringent exit mechanisms,
• Rigid labour laws,
• Lack of skilled human resource, and
• Inadequate infrastructure.

CII has been raising these issues with the government and the announcement of the new NMP, which incorporates all these important aspects, is a welcome step. CII has made the following recommendations for a comprehensive policy for long-term high growth of manufacturing in the country and these are now part of new NMP.

Rationalise and Simplify Business Regulations
The cost of compliance is quite high in India, which is further compounded by the multiplicity of inspections, delayed clearances & approvals that add further burden on the manufacturer.
The new NMP would rationalise and simplify business regulations through various path-breaking initiatives such as:
• Doing away with irrelevant acts;
• Encouraging self-certification and third-party inspection such as the Boilers Act. [Boilers Act (1923) was formulated during the British rule to ensure safety of boiler users. Recently, the government decided to amend the act by allowing internationally accredited private agencies to inspect and certify the boilers for safety.];
• Delegating power to a single body such as the Special Purpose Vehicle (SPV); and
• Systemising inspection and introduction of joint annual inspections with prior intimation.

The current policy would simplify business regulations as it has incorporated pre-existing best practices of various states and adopted them for the NMP.

Manufacturing in India contributes to a mere 15% of GDP, unlike other countries such as such as China (34%), Thailand (40%), South Korea, Poland, Turkey and Malaysia (approximately 26-30%), which are far ahead in this arena.

Exit Mechanism
Currently, a sick unit cannot be shut down very easily as the current exit mechanisms for sick units are complex and time consuming. This leads to locking of funds and assets. The policy has taken a very balanced approach to this problem by suggesting progressive exit mechanisms and also providing a safety net for workers at the same time. It has proposed measures such as job loss policy and alternative option of sinking funds, asset redeployment options, provisions for providing suitable worker compensation, clearing debt and reinvestment of income generated from the disposal of assets, etc.

Skill Development
Lack of skilled manpower is another constraint for growth of the manufacturing sector. With some other government policies [such as Mahatma Gandhi National Rural Employment Guarantee Act (MNREGA)], wages have gone up considerably reducing the availability of labour force. The identification of skill development as area for policy intervention by NMP would help address the issue of shortage of workforce.

The policy proposes to create National Investment and Manufacturing Zones (NIMZ). NIMZ would be an integrated industrial township having world-class infrastructure, will utilise clean and green technologies as manufacturing processes, and will have skill development facilities

Micro, Small & Medium Enterprises
MSMEs play a pivotal role in the overall industrial economy of the country. MSMEs are thus important for the national objectives of growth with equity and inclusion. The policy aims to curb the bottlenecks faced by MSMEs such as access to adequate and timely funds, by providing exemptions from capital gains tax for investments in enterprises, enabling venture capital funds, liberalising Reserve Bank of India (RBI) norms and Insurance Regulatory & Development Authority (IRDA) guidelines, setting up Stock Exchange for SMEs, creation of separate funds with Small Industries Development Bank of India, etc.

With the new NMP coming close to becoming a reality, there is optimism and hope within industry, that this large missing part in India’s economic reform is finally getting addressed and CII is hopeful that the policy would be implemented soon. It is extremely important now that consultation process with the states is expedited on the new NMP for faster implementation. 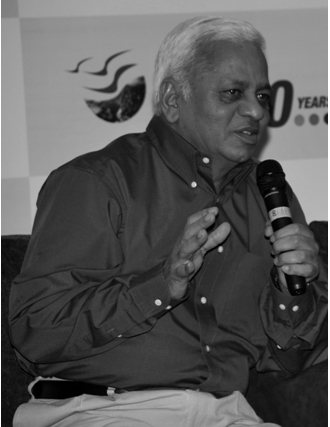