While cigarette smoking is on the wane, ‘vaping’ is on the rise worldwide. Do e-cigarettes really help smokers kick the nicotine habit? And what may be the best public policy options for regulating their use? Research by Professor Vithala R. Rao and Dr Jialie Chen offers some answers.

Are e-cigarettes really the safer alternative? The Indian public health consensus seems to be: not quite. “Ban e-cigarettes” was the unambiguous science-based recommendation made by a 31-member committee reporting to the Ministry of Health and Family Welfare early in 2018 (Kandhari 2018).

Five states – Punjab, Karnataka, Jammu and Kashmir, Bihar and Mizoram – already have blanket bans in place on “vaping”, as the practice of smoking e-cigarettes is popularly known. Yet, is the ban really the best approach for a product witnessing explosive growth since the Ministry first set up the committee in 2014? Reliable numbers are hard to come by, but anecdotal evidence is telling. An incisive investigation in the online business news magazine The Ken reported that over two years, membership in the Association of Vapers – India (AVI) increased from 10 to over 4000 (Kandhari 2018). Though these numbers may not reflect total growth in e-cigarette users, they amount to an increase of many orders of magnitude.

In recent work, we set out to address this very important and open policy question: How will e-cigarettes consumption influence consumers’ smoking behaviour, including purchases of both cigarettes and e-cigarettes? And can taxes and other forms of price regulations be effective policy measures against vaping?

Our findings confirm the scientific consensus. E-cigarettes may not contain tobacco but they do not facilitate nicotine de-addiction. The good news, however, is that attempts to control e-cigarette prices, whether through taxes or restrictions on discounts, may yet work. To situate the context for our analysis, we start with some background on the public health promise and pitfalls of e-cigarettes.

Combustible cigarette consumption remains one of the leading causes of preventable deaths.¹ The World Health Organisation (WHO), for example, argues that tobacco use is a contributor to six of the eight leading mortality-causing diseases worldwide. In the United States alone, combustible cigarettes accounted for an annual causality of more than 480,000 people, according to 2016 data from the United States Centres for Disease Control and Prevention (CDC).

Countries around the world, however, impose strict regulations on the tobacco industry. These include restrictions on product sales and heavy taxation on sales of tobacco products. Owing to these policy efforts, WHO data suggests that smoking rates overall among adults worldwide have come down from about 25% to just over 20% during the 2005-2015 decade (Economist 2017).

However, smoking is growing faster in the global South relative to the global North, with countries such as Indonesia, Egypt and Nigeria seeing sharp increases in adult smokers as a percentage of the total adult population, according to data compiled by the Economist Data Team in 2015. Data from the WHO’s Tobacco Free Initiative showed that India was second only to China when it came to proportions of the world’s smokers.

E-cigarettes arrived as a game-changer against the backdrop of increasing public health regulation and awareness of the hazards of cigarettes. The Ken’s investigation, referred to above, for example, noted that e-cigarettes in India are “sold on the promise of being a healthier, cooler alternative to smoking”. This belief seems to be supported by at least some national public health organisations. For example, a 2016 report by the Royal College of Physicians stated that e-cigarettes can help people quit smoking (Tavernise 2016). Similarly, the American Heart Association (AHA) guidelines do not discourage clinicians from recommending e-cigarettes when other methods to quit smoking have failed or when patients want to use e-cigarettes during the treatment. However, the AHA advises that proven smoking-cessation strategies always be the first line of treatment (Husten 2014).

Although the current market for e-cigarettes is much smaller than that of combustible cigarettes, awareness and use of e-cigarettes have grown steadily in recent years and into the future. Between 2011 and 2015, per capita spending on e-cigarettes increased by large magnitudes in the United Kingdom and US, according to 2016 Euromonitor data quoted in the Economist. Not surprisingly, because of the growing popularity of e-cigarettes globally, the Oxford English Dictionary chose the word “vape” as the word of the year in 2014.

Does the E-cigarette Work?

Despite the growing popularity of e-cigarettes as well as their similarity to cigarettes, there are still very few restrictions on indoor use, sales and licensing of e-cigarettes. In the US, for example, only 11 states including New York and Washington, D.C. have implemented vaping bans in public places (Bischoff 2018).

The public policy landscape notwithstanding, the public health verdict on e-cigarettes is still far from encouraging. Both the World Health Organisation (WHO) and the US Food and Drug Administration (FDA) have expressed reservations about the effects of e-cigarettes. A 2016 WHO report on e-cigarettes acknowledged that the effectiveness of e-cigarettes for smoking cessation had not been systematically tested. No e-cigarette products had yet been evaluated and approved for smoking cessation by a government agency. The New York Times similarly reported that a 2016 FDA study by the National Academies of Sciences, Engineering and Medicine found substantial evidence that e-cigarette use can be addictive. These findings are also echoed in consumer surveys. A 2015 survey conducted by Reuters/Ipsos found that most users of e-cigarettes also smoked conventional cigarettes. Almost 40% of them claimed to have adopted e-cigarettes purely because of the ability to smoke indoors.

Our structural econometric demand model sheds important light on the question of how the consumption of e-cigarettes affects cigarette smoking.

Beyond the Ban
A cheaper alternative

The e-cigarette tax has also received increasing attention from US policymakers. As of January 1, 2016, four US states had imposed taxes on e-cigarettes and more than 23 others were considering excise taxes on e-cigarettes (Drenkard 2016). A similar debate is happening in Europe. Although the European Commission opposed an e-cigarette tax in 2018 due to lack of information, it will revisit the issue in 2019 (Michalopoulos 2018). Our proposed model, therefore, offers an approach to address this policy debate.

The most important ingredient missing in the e-cigarette is tobacco. That said, e-cigarettes may contain other toxic ingredients in addition to nicotine, which may be both toxic and addictive.

Largely due to the ban on direct and indirect advertisements and sponsorship in the US, the tobacco industry spends most of its marketing dollars on price discounts and coupons. Price promotions and variations of vice goods such as cigarettes, however, may bring about undesired outcomes. In particular, price promotions may motivate consumers to engage in forward buying or stockpiling behaviour. Having more cigarettes and e-cigarettes available might, in turn, cause consumers to smoke more.

To address this issue, policymakers have been trying to reduce incentives for inventory holding by reducing the magnitude of price discounts. For instance, the New York City Council has recently passed a legislation to raise the minimum price of cigarettes from $10.50 to $13 per pack. Imposing a minimum price, however, is not sufficient as prices can still vary over time, although to a lesser degree. Therefore, the underlying motivation for stockpiling can still exist with a minimum price.

So what kind of price regulation, if any, can limit stockpiling behaviour? This was another question we sought to address in our model.

Against this background, we constructed and estimated a dynamic structural model to understand the purchase and consumption of cigarettes and e-cigarettes. Our model accounts for behaviours such as stockpiling and rational addiction.¹

We calibrate the model using scanner panel data from AC Nielsen. This dataset contains detailed purchases and store visits records from recruited households throughout the US.

These models describe the process of purchase, consumption and addiction over a period of time. We obtain estimates at the individual level. These then enable us to conduct counterfactual simulation analyses.

Results from our model estimates suggest that e-cigarettes consumption, in general, promotes smoking, for combustible cigarettes as well. Particularly, under a hypothetical scenario where e-cigarettes are not available in the market, the total consumption of nicotine products decreases by 4.34%. Our paper, therefore, supports a call for regulation of e-cigarettes. Motivated by this counter-intuitive finding, we further evaluated the effects of potential policies of (1) e-cigarettes taxes and (2) price regulations.

Our simulation found that an e-cigarette tax was, in general, effective in reducing overall smoking.

Lower prices of e-cigarettes could also be one of the reasons why consumers switch to e-cigarettes. Our analysis suggests that the unit price for the same amount of nicotine content for e-cigarettes is usually 50% less than that of combustible cigarettes.² Therefore, an e-cigarette tax may prove a useful tool to regulate consumers’ smoking behaviour.

Our simulation found that an e-cigarette tax was, in general, effective in reducing overall smoking. The combined purchased quantity for cigarettes and e-cigarettes went down by 2.18%. Interestingly, however, the responses to the tax policy were very different for e-cigarettes and cigarettes. As we expected, sales of e-cigarettes declined by nearly 25%.

However, because cigarettes are a close substitute for e-cigarettes, we should expect cigarette sales to grow in response. The reasoning is as follows: the e-cigarettes tax increases the prices of e-cigarettes. This would make this new product less attractive. Consumers could switch back to cigarettes to fulfil their addiction needs.

Interestingly, our findings suggested that this mechanism was weak. Sales of cigarettes increased only modestly by 0.37%. This suggests that a tax on e-cigarettes can be effective in reducing smoking.

Taking minimum price regulations for e-cigarettes one step further, in our experiment, we also examined consumers’ behaviour under a scenario where price discounts are entirely removed by fixing cigarette and e-cigarettes prices at the beginning of the sample period. This proposed policy advanced the current practice in the US on minimum price laws for cigarettes, under which retailers are not allowed to sell cigarettes and e-cigarettes at prices other than the regulated prices. As expected, we see a decline in purchases under both of the two policies. However, the effect of price regulation on the demand for cigarettes is greatly moderated, compared to that of e-cigarettes. This is because price discounts are more common for e-cigarettes.

Our model offers important insights into how vaping interacts with cigarette smoking. Moreover, we show that policies that work through the price mechanism, such as taxes and price regulations can be fairly effective in limiting e-cigarette consumption.

Given the fast growth of e-cigarette consumption in India, like elsewhere and the entry of majors such as ITC, is there still scope for an outright ban on the sale and consumption of e-cigarettes as the Ministry of Health and Family Welfare’s committee has proposed? Although our analysis does not directly compare an e-cigarette ban to price regulations, in the Indian public policy context, it offers a promising alternative direction in the ban or not debate.

A second caveat is that our data is drawn from US sources. However, this limitation also suggests an important new direction for future research on these vital public health questions using Indian data.

Ashima Sood is Fellow, Centre for Learning and Management Practice and Editor, ISBInsight.

Bischoff, B., 2018. US starts to nip vaping in the bud. Christian Science Monitor, January 4. 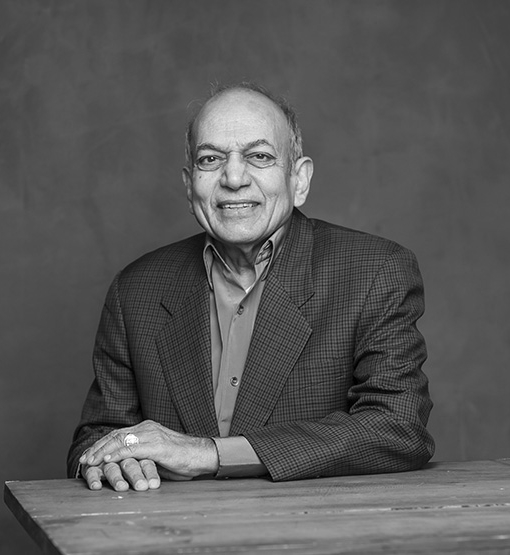 Vithala R. Rao is the Deane Malott professor of management and professor of marketing and quantitative methods at the S.C. Johnson College of Business, Cornell University, ithaca, New York. 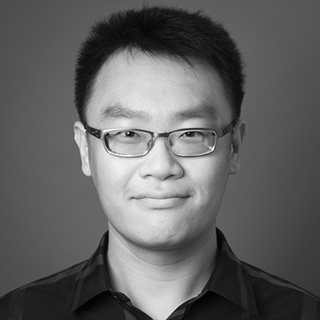 Jialie Chen is a doctoral scholar at the S.C. Johnson College of Business, Cornell University.