Experts from the government, academia, media and industry came together at the National Symposium on Agriculture hosted by ISB’s Bharti Institute of Public Policy. They offered takeaways on farmer distress, sustainable farming, and the economic and technological future of agriculture in India. 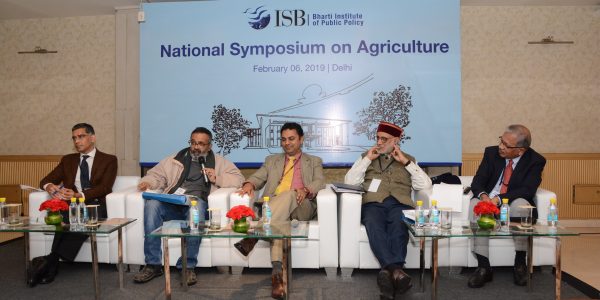 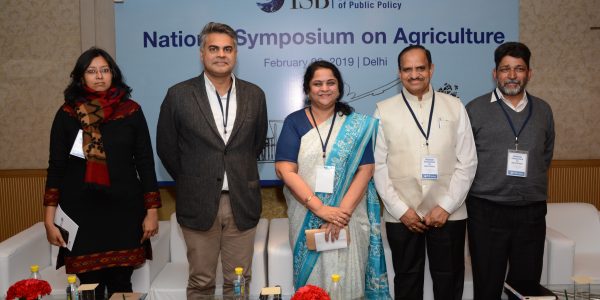 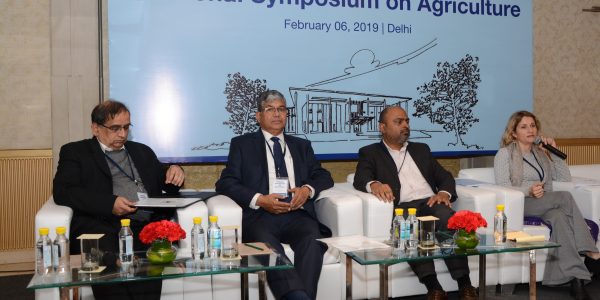 With each passing year, the Indian agricultural crisis is deepening. Farmer protests, dumping agricultural produce on streets and distress sales across India are some manifestations of this critical situation. What lessons can be learnt from the initiatives taken by the central and state governments, such as loan waivers (in Rajasthan, Chhattisgarh, Maharashtra and Madhya Pradesh), direct benefit transfers (in Telangana and Odisha) or the central government’s PM-Kisan scheme promising direct cash support of Rs 6000 annually to small farm holders of farm size up to 2 hectares?  How do we make effective policy intervention to alleviate the distress?

The inspiration for hosting a National Symposium on Agriculture through the Bharti Institute of Public Policy (BIPP) at the Indian School of Business came from the recent policy interventions in agriculture and allied sectors that could lead the way forward to assuage farmer distress. The Symposium was held at the India Habitat Centre in New Delhi on February 6, 2019. Prof. Ashwini Chhatre, BIPP Academic Director, set the tone for the symposium with his introductory remarks. Dr Krishnamurthy Subramanian, Chief Economic Advisor, Government of India, delivered the keynote address. Eminent speakers from the government, academia and industry as well as from the media were invited to contribute in panel discussions on three topics: Short Term Policy Options to Address Farmer Distress; The Role of Technology and Markets in Agriculture; Social Outcomes of Agricultural Policies.

The experts preferred income transfer policies over price support policies and suggested that loan waivers mostly benefitted large farmers. They also indicated that loan waivers were a short-term palliative that created a long-term financial burden on the banks and the government. The panel called for doing away with the Essential Commodities and Agricultural Product Market Committees (APMC) Acts and asked for formulating a “Freedom for Farmers and Traders Act” such that farmers could trade anywhere and in cash. Such an act would eliminate the need for loan waivers and direct income transfers. A second important aspect was to link the markets with the farmers. Farmers pay a cost to participate in the rural agricultural “haats” twice or thrice per week with an expenditure which is substantial as per their economic position. A potential solution could be where the government paid the fee and gave a cashback for the transactions, thereby facilitating markets.

The third area of emphasis was the need to transmit direct farm inputs to farmers, making sure they don’t suffer financial losses. Some measures for compensating farmers need to be instituted, giving them the kind of support that industrialists got with the Goods and Services Tax (GST). The session also addressed segmented market transactions leading to poor farm income. Finally, along with income transfer policies, the panel pointed out a need for reforming the public distribution system and agricultural markets.

The Role of Technology and Markets in Agriculture

The second panel acknowledged that regulation could be improved for the channels in terms of markets. For instance, the new 2018 Contract Farming Act contains few benefits for farmers. Technological support through digital payments, data analytics, weather forecasting, remote sensing and drones can create a positive digital agricultural intervention. However, the panel cautioned that technology use needs to be contextualised in terms of the broader agro-ecological conditions and equity amongst farmer groups. The problems intensified when the farmers were left on their own in big markets, be it direct purchase, contract farming through APMC or private dealers with poor regulation.

The problems of Indian agriculture are complex and interlinked, while the solutions are compartmentalised between various departments of agriculture.  One suggested solution was technology mediated advisories through partnerships between public and private sectors, which could provide support to farmers in a simple, timely and integrated manner. The panel also pointed out positive examples such as the Rural Development Department where a siloed structure had been broken. The session elaborated a four-pillar model for managing agriculture, which consists of universities, government extension mechanisms such as Krishi Vigyan Kendras (KVKs), farmers and markets.

The third panel discussed the need to have a multi-pronged approach to understand agriculture better, as the agricultural sector is impacted by and impacts the society, economy and environment. Agricultural development in India has come at a social and economic cost such as climate change, environment pollution and malnutrition. To achieve sustainability in agriculture, there is a need to acknowledge farmers’ innovations and promote smallholder agriculture.

The experts suggested a multipronged approach to address the current farming crisis, consisting of poverty reduction, nutritional security, reduction of greenhouse gas emissions and better use of land and natural resources. Strengthening agricultural markets, ending the minimum support price (MSP), managing risk in agriculture and improving the dietary diversity are the other components of this strategy. Policymakers need to pay greater attention to making crops grown in flood prone areas resilient and finding solutions to natural resource degradation caused by water-consuming rice and wheat crops.

In the valedictory session, Mr. Rakesh Bharti Mittal, Chairman CII and Member, Advisory Council, BIPP, stressed the importance of long-term measures to address farmers distress over short term ones. Noting that “government has no business being in business,” he said that there is a need to unshackle the farming sector from government licences and creating public private partnerships for doubling farmers income. Sustainable export policies and investing in cold storage were also critical areas, he added. He further highlighted the necessity of looking at higher production, high value crops and high exports, with a focus on “branded” fruits and vegetables. A ranking system on agro-reforms for “ease of doing business” in states would further enhance the farm-to-market business cycle.