Can Government Sponsored Health Insurance Schemes (GHISs) be optimised to enhance the quality of health care in the private sector and improve public facilities? Prabal Vikram Singh and Rohini Kalvakuntla from ACCESS Health International  at the Centre for Emerging Markets Solutions evaluate GHISs within the framework  of Universal Health Coverage in India.

The agenda of universal health care in India is driven by the concept  of equitable,  accessible and affordable health care for all. The objective is to protect both the poor  and the non-poor  from health  risks and also to provide financial protection.  There are several paths  to achieving  this  goal,  and  the  question  is, which are the most viable ones? One of the obvious answers is to strengthen public facilities, right from the sub-centres and primar y health centres (PHCs) to community health centres (CHCs) and district hospitals, in order to cater to a larger segment of the population and maintain certain levels of quality. One of the inherent problems of this approach, however, especially, in India,  is the lack of faith people have in the public sector due to the arguably poor quality of ser vices provided  or the ver y availability  of services and service providers.

Alternatively, the government can act as a buyer of ser vices for those who cannot afford  them  and give the beneficiaries  a choice of place of treatment. This option is increasingly being pursued independently and also through  the health insurance route. However, the insurance route carries the obvious risk of increasing the overall cost of providing health care.

health expenses on the poor.  The centre  or the state funds   the  schemes  by  paying  a  certain premium to the  insurance  company,  or in some  cases, an autonomous body formed  by the government itself, which  then provides insurance coverage for a set  of predetermined procedures and medical conditions to the eligible population.  The focus is on providing cashless ser vice to the beneficiaries through a network of empanelled hospitals (both public and private).

In considering the many pros and cons of these schemes,  we  must   also  assess them   on  their   two- pronged approach of possibly exercising control over the quality and cost of treatment in the private sector and potentially strengthening the public facilities that are empanelled with the schemes.

Intervention and Regulation of the Private Health Care Sector

Health  care markets  often  do  not function  well, unlike  markets for other  goods and  ser vices, due to information   asymmetries,  i.e.,   patients  often rely completely on decisions made by their  doctors or medical  providers,  making  it a  principal-agent relationship (Tangcharoensathien, et all 2008). These market imperfections  often  lead to the creation of supplier induced demand by the private sector and possibly escalate costs. While  private  hospitals  may also be  pioneers  in health care research and high technology  treatments,  regulation  and inter vention by  the  government  is  necessar y  to ensure quality ser vices  to improve  outcomes  and  keep  the  costs down. In middle-income countries like India, where there  is  a  large  private  sector  presence  in health care, accounting  for almost 74% of all health care, inter vention  is critical.  Yet, in resource-constrained situations, regulation is often poor. The difficulty of  designing    appropriate     legislative    regulator y mechanisms and then  actually enforcing  them imposes high administrative  costs on the regulator, i.e., the state.

GSHIs are an indirect  way of regulating private markets     through      an    incentive-based     system. The  empanelment  processes of these  schemes have mandates on bed capacity, infrastructural requirements  and  quality  standards with which hospitals must comply. Most schemes conduct regular checks on  their network  hospitals to ensure  their compliance with  these guidelines. This is one way of monitoring the quality of ser vices in the private sector. Most   schemes  have  predetermined    package rates for medical  and surgical procedures,  allowing  state governments to negotiate lower prices for procedures than what people would pay out-of-pocket.

Since the implementation  of the Rajiv Aarogyasri scheme (aarogyasri.org) by the Andhra Pradesh government  in 2007,  private  hospitals have earned C. 3,000  crores (~US$ 600 million). Such massive resources  make  ever y  private   hospital   a  potential contender for empanelment  under  the  scheme. However,  anomalies may occur where hospitals may want  to empanel  only  for procedures  for which they  can  conveniently   recover  costs as opposed  to procedures where providing  care at government determined  prices may be more of a constraint   for them. In such  cases, the  government must  revisit those package rates. In addition,  the Aarogyasri Trust (the body that administers the scheme in the state) also attains a strong bargaining position,  which it can use to effectively administer the sector. Similarly, the Comprehensive Health Insurance Scheme (CHIS)1 of Kerala has expanded  its scope to the above poverty line (APL)  population,  which  pays its own premium and avails of the ser vices provided  under the scheme. Thus,  a larger  number   of people will start to use the  ser vices at  regulated  package prices,  thereby deepening the regulation of prices at private hospitals. The  bargaining position  of these  schemes can be used for price control  as well  as in efforts to improve quality. The potential  created by these platforms  is yet to be fully explored to influence health care ser vices for the better.

Considerable   capacity,  however,   needs  to be built  to advance the administration  of these schemes. Scheme administrators must  disseminate clinical guidelines across the network of hospitals and enforce strict rules  of empanelment  and  disempanelment to make regulation effective. Further,  since most schemes operate on a package system, prices must be monitored and periodically  revised to ensure that they are reasonable.

Strengthening of public health facilities and restoring the faith of people in these facilities could be another collateral  benefit  of these schemes. For instance, the inherent  goal of the Aarogyasri scheme is “to improve equity of access  to BPL families to quality tertiar y medical care both  by strengthening public  hospital infrastructure  as well  as through   the  purchase  of quality private medical ser vices to provide financial support to catastrophic health needs.”

Chart 1A: Utilisation of Public and Private Facilities in CHIS 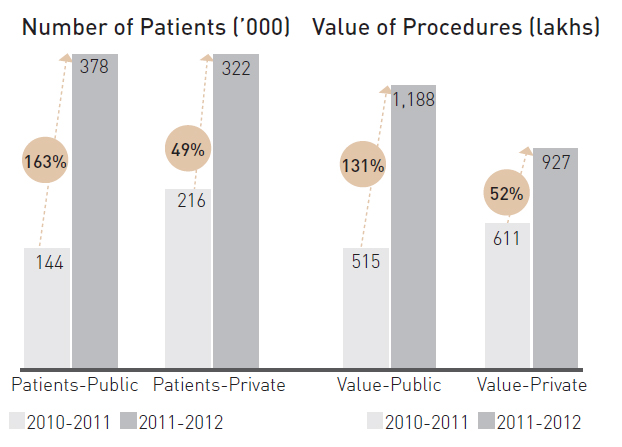 Chart 1B: Utilisation of Public and Private Facilities by Aarogyasri (Volume and Value) 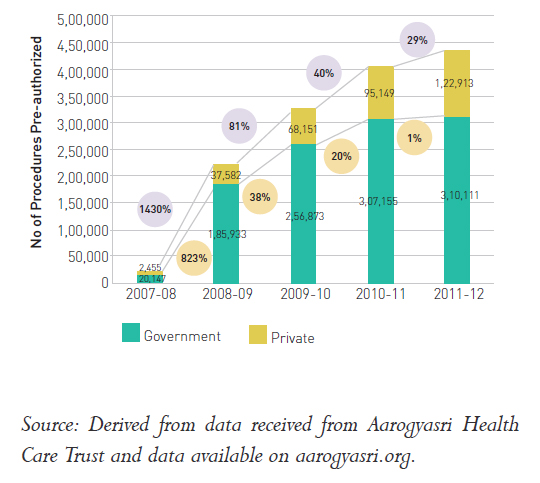 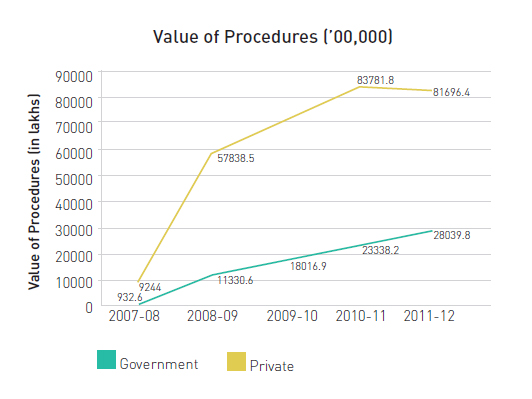 The incentive scheme for ever y procedure performed in public  hospitals has encouraged doctors  and other medical  team members to be more  active in their ser vices. In Aarogyasri, as per government policy, 20% of the package (except  for a few packages) is deducted at source and kept in a common revolving fund. The concept of the revolving fund is unique to Aarogyasri, where 20% of the benefit money is retained by the Aarogyasri Trust  to be utilised  by the  facilities  for infrastructural  improvements  and the purchase of equipment. The facilities indent their requirements and the Aarogyasri Trust acts on these requests. The idea behind the revolving fund is to improve funding accountability   and  ensure the  best possible  use of the funds. For instance, in 2010-2011,  C 65 crores (~US$13 million) was dedicated for the purchase of equipment for public facilities.

Of the remaining 80%, 35% goes towards the payment of incentives to the performing  medical team and the remaining 45% goes towards expenditures related  to patient   care,  such  as  the  purchase  of consumables,  disposables and  medicines,  providing special diets and transportation.

In the Comprehensive Health Insurance Scheme (CHIS) of  Kerala,   incentives   form about  25%  of the  benefit   package; however,  with increasing patient inflows into public  hospitals  and a gradual improvement  in human resources, the administration is debating the reduction of incentives to 5%. While the  incentive  system seems lucrative  in theor y, the internal allocation of funds from  the scheme resides with hospital   representatives,  and  doctors   often do  not get  their share despite  instructions   from the scheme. An improved  monitoring   system and a proper  grievance channel that connects hospital staff to administrators  of the scheme could potentially improve this situation. It is evident  that  there  is a need for effective administration  for incentive  systems to function properly.

In Kerala, the Hospital Development Committee (HDC)   determines how hospitals use RSBY/ CHIS money  – it approves  their plans  for new  human resource   recruitments,    equipment    purchases  or infrastructural improvements. A community health centre in Kerala (CHC  Kesavapuram) claims that the RSBY/ CHIS money is a much needed infusion and that they have greater autonomy  to use this money, which benefits the ser vices offered.  With  these funds, CHC Kesavapuram has hired  extra nurses, an anaesthetist and   laborator y   assistants,  facilitated    ambulator y ser vices for patients and built  an outpatient waiting area in the highly crowded  CHC.

Many  argue that  the  funds  for such  schemes have  been  diverted   from funds  intended  for the development of public  health facilities. However, there is not much evidence to show that the budgets have been converted from  the supply to the demand side (Forgia and Nagpal, 2012).

Several instances  of deliberate supplier-induced demand   have  been  obser ved  in some commonly performed  procedures such as hysterectomies  in the Aarogyasri scheme as well  as RSBY. The  Aarogyasri Trust   issued  guidelines  for managing  procedures of the  greatest concern,  but there were no major improvements. Consequently, five years after its inception,  Aarogyasri reser ved about 133 common procedures  to be  performed   exclusively  in public hospitals  for three  main  reasons – strengthening public  health facilities, encouraging greater patient inflow into government   teaching   hospitals   and reducing provider  induced demand for certain high margin procedures.

Chart 2: Changes in the Number of Procedures in Public Hospitals Post- Reservation 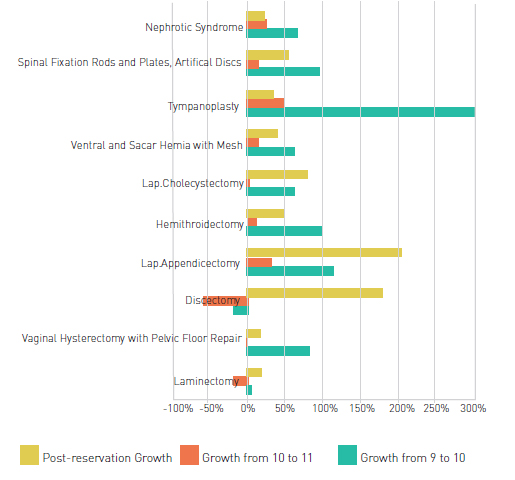 Chart 2 shows some increase in discectomy, laparoscopic appendectomy and laparoscopic cholecystectomy procedures. However, there is no significant growth in other procedures. This could be due to a fall in the overall numbers (owing to a possible reduction  in  unnecessar y  procedures  that  would other wise have been performed) and also because the reser vation system was initially  implemented  in only 10 of the 23 districts in the state and extended to all the districts only in 2011. Thus, we need more time- based data to understand  the impact  of reser vation on public facilities. It is important  to note that political economy is a major determinant of the success of any initiative, and since these schemes have such an exaggerated level of political  support due to their populist nature, there is an opportunity  to use this momentum  to advance the health care system in the countr y and strengthen the government’s stewardship role.  The major  task – to advance primar y care – must  be a focus in the coming  years. The public  and private sectors can learn from  the experiences of the National Rural Health Mission and the GSHIs. Public-private collaboration is certainly needed to make a major difference in the sector.

This  piece aims to encourage  government policy makers and the public  to assess the  current performance and potential  of GSHIs from different perspectives. It also hopes to inspire policy makers to use these schemes as tools  to influence  the quality  of ser vices in the private health sector and to strengthen public facilities.

2The Comprehensive Health Insurance Agency of Kerala is an autonomous trust formed for the administration of the RSBY-CHIS and CHIS plus schemes in Kerala. 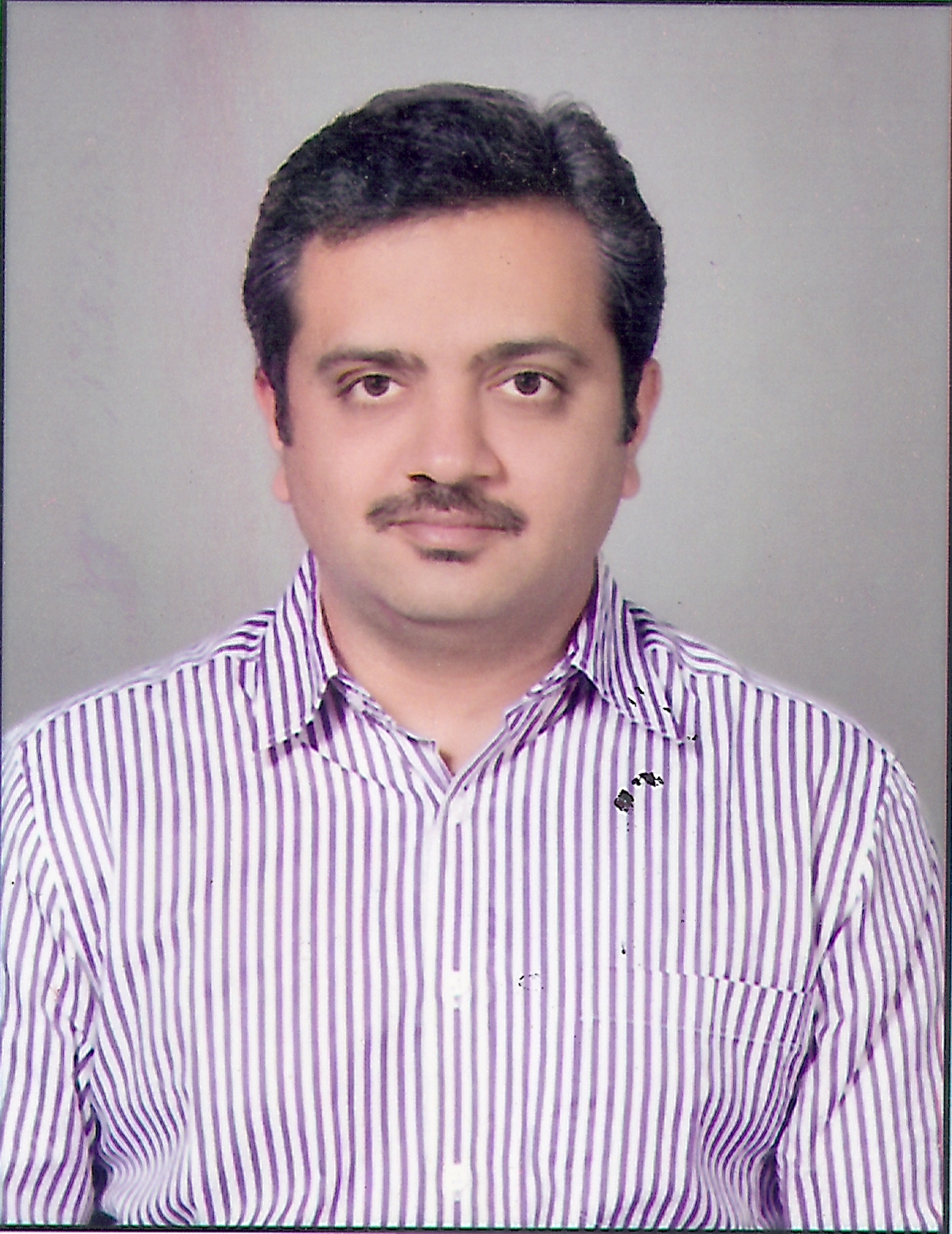 
Notice: Trying to get property 'user_description' of non-object in /var/www/html/wp-content/plugins/custom-shortcodes-dri/custom-shortcodes-dri.php on line 131
Director (Research), India for ACCESS Health International, Centre for Emerging Markets Solutions (CEMS) at the Indian School of Business (ISB). 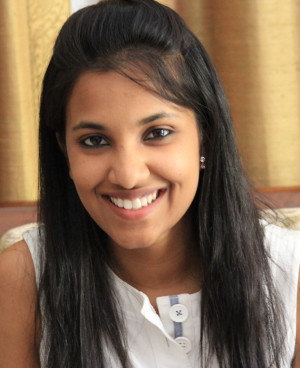 
Notice: Trying to get property 'user_description' of non-object in /var/www/html/wp-content/plugins/custom-shortcodes-dri/custom-shortcodes-dri.php on line 131
Program Manager at ACCESS Health International, Centre for Emerging Markets Solutions (CEMS) at the Indian School of Business (ISB).