SME Revitalisation: A Call for Partnership

While the government can be a facilitator of growth and promoter of equity, the role of the large enterprise is also critical. A look at the role of industry, government and academic actors in SME revitalisation.

India: The Tiger with a few Missing Stripes

The impressive growth story of India during the past two decades is well known. What is less known is that the transformation from a primarily agricultural to a more diversified economy has been slower than expected. As Arvind Panagariya noted recently in Business Standard, while the output share of agriculture fell from 28.9 percent in 1993-94 to 19.2 percent in 2004-05, the absolute number of workers employed in agriculture during the same period increased by 27.3 million. More significantly, the output share of manufacturing during this period remained static at around 15.8 percent, with a marginal increase in its employment share from 10.4 to 11.7 percent. The skilled labour intensive industrial growth has not enabled a significant shift of workforce from agriculture to manufacturing. Further, the rate of poverty reduction has been slower compared to China and Brazil.

While the Indian economy is robust enough to sustain the growth momentum of nine percent or higher over the next decade, it needs to be fortified with measures for diversification, accelerated employment creation and poverty reduction. The mantra of “inclusive growth” should entail expansion of growth and employment opportunities across the geographical, social and sectoral canvas. This could be realised through sharper focus on and attention to the growth and revitalisation of the micro, small and medium enterprise (MSME) sector.

The MSME could be the steroid the Indian economy needs at this juncture. The SME provides not only the much needed boost for growth, employment and exports but more significantly, contributes to geographical and social equity. About 60 million persons are employed in 26.1 million MSM enterprises (according to the fourth National MSME Census of 2006-07) and contribute about 45 percent of manufacturing output and 40 percent of total exports. Overall, the sector has provided ten times as many jobs as large enterprises for the same level of investment.

Significantly, the MSME sector has maintained a higher growth rate vis-à-vis the overall industrial sector during the past decade. According to the Confederation of Indian Industries (CII)-Outlook Survey, exports from these enterprises have been on the rise, despite increased cost of raw materials, sluggish global demand and stiff international competition. Today this sector produces a wide range of products, from simple consumer goods to high precision and sophisticated end-products. It has emerged as the major supplier of mass consumption goods as well as producer of electronic and electrical equipment and drugs  and pharmaceuticals. An impetus to the sector is therefore likely to have a multiplier impact on economic growth.

Notwithstanding ‘the small is beautiful’ rhetoric, the sector is confronted with a plethora of problems and not all of them small. Nearly one-third of the SMEs in Andhra Pradesh (AP) state are classified as ‘sick’ by the third national MSME census. Despite a doubling of credit flow to the sector from Rs 1.27 lakh crores ($ 27 Billion) in 2006-07 to Rs 2.57 lakh crores ($ 57 Billion) in 2007-08, credit – particularly for operational requirements – continues to be a major constraint. Technological obsolescence, paucity of skilled human resources, scarcity of raw materials, infrastructure deficiencies, marketing bottlenecks, sub-optimal quality standards, competition from large enterprises and management inefficiencies are some of the better known challenges confronting the sector. First-generation entrepreneurs, especially in the micro-enterprise arena, are forced to swim in unknown waters. Support systems for the nascent sector are not robust enough to respond with required sensitivity and effectiveness.

Untapped Wealth at the Grassroots

Through the collaborative efforts of the government, civil society, community organisations and academia, several states in India, with AP at the forefront, have done outstanding work in fostering a socio-economic powerhouse in the form of women self-help groups (SHGs) and village organisations (VOs). In AP alone, 10.2 million women have been organised into 850,000 SHGs in 35,500 villages spread across the state. The credit flow to these organisations from the financial institutions exceeded Rs 6,967 crores ($1.54 billion) during 2007-08. This is in addition to the internally accumulated savings of over Rs 3,200 crores ($0.71 billion). However, the investment portfolio and the activity profile of these organisations reveal low returns on investment with little or no value addition. Consequently, the trillion dollar grassroots potential has remained simply that.

Recognising the importance of SMEs to growth and employment, the government established a legislative framework – through the MSME Act 2006 – and an institutional framework through the MSME Ministry. The Prime Minister established a high-level taskforce for promotion of this sector under the chairmanship of his Principal Secretary. This taskforce’s report is currently under the government’s review and hopefully will provide the much-needed impetus to the SME growth by addressing the challenges confronting the sector.

With an economy of $280 billion at purchasing power parity, AP is the third largest economy in India; with 86.6 million people, it is the fourth most populous state. It is also the first state in India to create a legislative framework and establish a single window to streamline the approval process for the establishment of SMEs. With the participation of the government, industry and the banks, AP was also one of the first states in India to establish an MSME Facilitation Council for quicker resolution of conflicts. For the past decade, a comprehensive policy framework has been in place for MSME development, with primary focus on fiscal incentives and infrastructure support. The government – both central and state – have been implementing a slew of programmes for MSME promotion. The national government is financing the National Manufacturing

The AP state government has been providing fiscal incentives in the form of VAT reimbursements, power subsidisation, and registration fee waivers, in addition to investment subsidies, interest subsidies and support for quality certification, technology upgradation and entrepreneurship development. The AP government is in the process of developing a comprehensive MSME policy for 2010-15, with ISB support and in partnership with the industry and the financial institutions.

An Agenda for Partnership

However, the government at its best can be a facilitator of growth and promoter of equity. The role of the large enterprise is critical in creating iconic models for emulation, stimulating ancillarisation, skill upgradation and in improving competitiveness. The AP government is considering the launch of a skill development mission – duly taking advantage of the national skill development programme – in partnership with the ISB, 540 engineering colleges, technical universities and the industry. R&D and academic institutions have an important role not only in providing technical assistance, technology development and capacity development but also in enabling the establishment of sustainable value chains and in designing and testing sustainable and inclusive models, apart from providing dynamic feedback to government as well as industry.

Financial institutions, especially the Small Industries Development Bank of India (SIDBI), have to ensure easy flow of credit to SMEs and enhanced financing for technological development and upgradation, technical and managerial skill development, and infrastructure development. Collateral free credit and easy working capital support to micro-enterprises are essential inputs. An SME Exchange, i.e., an institutional market to raise equity capital required for expansion, diversification and technology upgradation of well-performing SMEs is another option.

Currently only about 8 percent of enterprises are managed by women, but a significant number of technical graduates entering the job market are women. The contribution of women must double in the next five years. Rural and traditional enterprises contribute about 15 percent of the total output and 40percent of the workforce employed in the SME sector. The social capital formed by the SHGs in this arena could be harnessed and nurtured through infusion of appropriate technology and skills, managerial innovation, efficiency and productivity improvements, and marketing support, unleashing a trillion dollar enterprise that has remained hitherto untapped.

Overall, there are more than adequate reasons for an optimistic prognosis. The economic growth juggernaut of India will not only accelerate and sustain at double digit levels but also secure inclusion of hitherto excluded regions, social groups and sectors through SME growth. 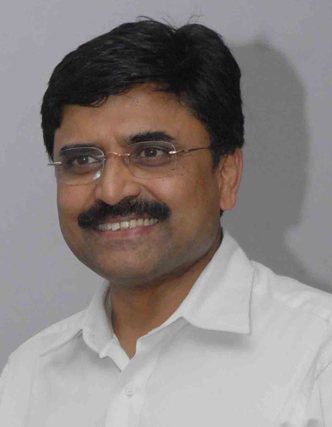