Rajendra Srivastava: What inspired the vision of the Moscow School of Management twenty years back?

Igor Goundobin: In the early nineties, Russia witnessed a series of dramatic changes which continued into the next decade. By early 2000, we realised that we needed highly trained and skilled professionals to manage this avalanche of change. Hence, we set out in the pursuit of newer ideas and opportunities. At that time, in 2001 to be precise, we learnt about the establishment of the Indian School of Business (ISB). It so happened that the Sun Group, under the Vice-Chairmanship of Uday Khemka, one of the founding members of ISB, was quite active in Russia back then. We realised that the time has come to launch a similar project in Russia.  Inspired by the enthusiasm and support of Indian businesses, we decided to establish a business school at Moscow. I would like to thank ISB for guiding us in the right direction.

It is therefore not surprising that our paths have been somewhat parallel. We tend to operate in similar ways maybe because we had very similar beginnings. If you reflect over the last fifteen to twenty years, as a Board member, what makes you feel proud about your institute?

Igor Goundobin: In a nutshell, I would say that we are proud of our alumni. They constitute a community of about twelve thousand people at present, which is quite a significant number in Russia and the Moscow School of Management is proud of each and every individual in this group.

The Moscow School of Management has shaped the lives of almost twelve thousand people; twelve thousand leaders, to be precise. How do you think the school has impacted the Russian education system?

Igor Goundobin: When we first initiated a discussion about the establishment of the institute in 2001, it was merely an idea, a concept. There was a lot of debate, discussions, doubts among the members of both the business and the educational community about this initiative. It took us five to six years to launch the project and now in 2019, just within eighteen years, the Moscow School of Management has become a real benchmark in the business education system in Russia. This is a very important achievement. Our peers and competitors around the world may agree or disagree with what we do but when they decide their future course of action they attempt to match up to our standards. This is one of the most significant impacts of the institute on the educational environment in Russia as well as of the former Soviet Union. Some of the programmes of the School have become popular in the rest of Europe and other parts of the world.

Let me now turn to Dean Atnashev. The Russian education system consists of institutions dedicated to teaching and training alongside separate research institutes. As a member of the Russian academia how do you think we can integrate teaching and research?

Marat Atnashev: The Russian University system as inherited from the Soviet times has a clear separation of institutions dedicated to research from those meant for teaching.  In an effort to reform this system, we have attempted to bridge the gap between research and teaching. If an education system wants to succeed, it needs to bring these two components closer. We are trying to create an environment where rigorous academic research meets real world problems. A good academic research must be able to address the relevant and ambitious problems of the real world. We try to address practical business problems by applying theoretical concepts to practical situations.

ISB strives to achieve three goals. We attempt to unite theory and practice, integrate ideas from the East and the West and to create impact. The Moscow School of Management has been involved in modular programmes which have positively influenced both the industry and the government. How do you structure your programmes to impact the way business is done?

Marat Atnashev: The Moscow School of Management, by design is practice oriented. The school was modelled into an entrepreneurial entity with the spirit and feel of real-world business. Since its inception, the Moscow School of Management has been collaborating with big businesses in Russia as well as with international businesses interested in Russia. The students get an opportunity to learn the practical aspects of business from them in addition to their academic course work.

Apart from the classical executive education programme with big corporations, the School has also been instrumental in training the leaders from top universities. More than hundred people have participated in this initiative and about forty Deans from different Russian universities have successfully graduated from Skolkovo. In course of their training, the Deans were engaged in projects from their own universities. We aimed at integrating their real-world job into the course curriculum and that is what we believe produced the best results.

Another interesting initiative, worth mentioning, is Skolkovo’s collaboration with the public sector. It witnessed the participation of the mayors from over 300 towns and cities in Russia, especially those facing industrial challenges. We realised that the public sector cannot solve problems on its own, so the programme brought together business communities, noncommercial and not-for-profit organisations to work in unison to find innovative solutions to actual problems. We initiated a conversation between these three sectors- non-profit, government and business which made this initiative more impactful.

In the course of your engagement with the public sector, business entities, not-for-profit organisations and leaders in education you have created a lot of soft power. Your sphere of influence is much wider than what one might think in monetary terms. Do you feel that this soft power is leading to positive outcomes at least on some levels?

Marat Atnachev:   We have been able to create significant impact in specific areas. Our programme has invigorated the city leadership with a new entrepreneurial zeal. They are striving to usher in positive changes in their cities. The cities are attracting new investors and witnessing infrastructural development. Our engagement with education leaders had a lasting impact on universities. It has heightened the ambitions and aspirations of the university leadership. Some Russian Universities have not only emerged as local heroes in the region but are also participating in the global education industry. They have realised that in order to thrive in this competitive market they must attract international faculty and students. We have acted as an enabler in facilitating these changes.

Apart from training the top management at big corporates, we have worked with then to provide sustainable business solutions. When these companies introduce project management practices, we bring in academic training and expertise and help them achieve their desired outcomes. Doing so we have been able to forge long term partnerships with our clients.

While you have been able to drive sustainable changes in Russia, what are your thoughts on expanding this impact to Central Asia and Eastern Europe?

Marat Atnachev:  In the modern globalised world, openness to other countries is crucial. Skolkovo as a school acknowledges the importance of bridging distance and creating networks across continents. Recognition of cultural differences and the difference in interest of different countries is the key to successful collaboration. Eurasia has a large population and generates sizeable income and wealth. It is a culturally diverse and complex continent. We are trying to cooperate with the universities in this region to facilitate the exchange of ideas. We have introduced some programmes that can help these regions become relevant international players and become more connected to the rest of the world.

We are delighted to be a part of the global executive MBA programme by Hong Kong University of Science and Technology and the Moscow School of Management, Skolkovo. ISB will be delivering the module on marketing in this programme. Why did you consider ISB a good fit for marketing courses?

Marat Atnachev:  We were looking for establishing partnerships in India and ISB by virtue of being a reputed private institution with fantastic ratings and the zeal to make a difference became our obvious choice.

For our EMBA programme for Eurasia we wanted to bring in the distinctive knowledge and expertise from each region. The strength of India lies in marketing. India itself is a huge growing market. We felt that ISB would be best equipped to impart knowledge and soft leadership on the challenges of managing and developing growth markets. Added to this is the component of innovation. India is becoming a hub of innovation, not just in Information Technology but across industries in this new era. We want our leaders to be looking beyond the standard tools of business and respond to the call of innovation. I want to compliment the faculty and the research staff at the Indian School of Business for this remarkable job of establishing this world class marketing expertise in India.

Igor, I want to bring you back into the conversation. As a Board member of the Moscow School of Management what other aspects of collaboration do you want to explore with ISB?

Igor Goundobin: I feel a huge potential lies in the direct communication between students of both the schools. Student Exchange programmes can facilitate this peer to peer communication which is a valuable and important part of any training programme, especially in this dynamic globalised environment. And I think that the students from both sides can benefit from direct interaction and exchange of ideas with each other. Indian students are exposed not only to the Indian markets but also to other neighbouring countries. They have different training backgrounds and diverse expertise and experience which they can bring to the table. Our Russian students come from different places in the former Soviet Union. There are local cultural dimensions and specificities which they can share which might be interesting to the Indian students. The same applies to the interaction between faculties of the two business schools. This can be one of the most valuable outcomes of our interaction and partnership and can bring success to both ISB and Skolkovo.

Thank you. The Indian School of Business aspires to become a global educational institution and working together with the Moscow School of Management, we look forward to becoming a part of that Eurasian network of business schools. 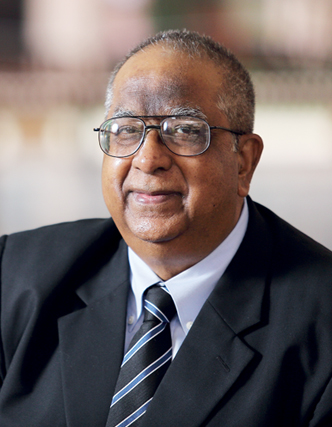 
Notice: Trying to get property 'user_description' of non-object in /var/www/html/wp-content/plugins/custom-shortcodes-dri/custom-shortcodes-dri.php on line 131
Rajendra Srivastava is Dean and Novartis Professor of Marketing Strategy and Innovation at the Indian School of Business.

Managing Human Capital in the Age of Paradox

Solstice 2019: Re-engaging with the Alumni