Human beings have an innate desire to have their views validated by others, a tendency that can have dangerous consequences when it comes to making investment decisions, argues Professor Raj Raghunathan. His studies on the information seeking behaviour of do-it-yourself online investors suggest that the propensity to search out confirmatory information and ignore negative views can result in poor decision-making and lower return on investments.

In July of 2004, I hosted a get-together at my apartment in Austin, Texas, to watch the Democratic Party’s Presidential Convention. This was the year that George W. Bush was running for a second term as President of the United States (US) and John Kerry was the Democratic Party’s candidate. I had invited several of my friends, some of my neighbours and a couple of my colleagues from work to the get together. We were going to watch the convention together over drinks and dinner. I had somehow assumed that all the people I had invited to my house were Democrats − I certainly was one myself − and that we’d have a gala time. As it turned out, a couple of my friends, one of my neighbours and one of my colleagues turned out to be Republicans. Even though I thought that the convention itself went well (this was the day Barack Obama, then State Senator, gave the speech that catapulted him into the limelight), the get-together at my house didn’t. The fact that some of my guests had opinions diametrically opposite mine set me on edge a bit, an edge that even a few bottles of beer couldn’t dull.

Partly inspired by this experience, I coauthored a paper titled, “Is Happiness Shared Doubled and Sadness Shared Halved?” a few years later (Raghunathan and Corfman, 2006). The main idea in the paper was simple: My co-author and I hypothesised (and found) that one’s enjoyment of shared experiences depends significantly more on the quality of the relationship one shares with the others than on the quality of the stimulus (e.g. a meal or a movie) being shared. Thus, for example, our findings suggested that you are better off watching a boring movie with others who agree with you that the movie is boring than watching an interesting movie that the others around you find boring. Why do we care so much whether our opinions match those of the people around us?

The research on social influence suggests that there are two main reasons for this. First, human beings are extremely – some would say excruciatingly – social animals. That is, we have a deep-seated desire to form and maintain harmonious relationships with others. (The reason for this may be that we are physically weaker than many other animals and thus need others’ cooperation to survive.) Second, when others around us echo our opinions, we feel more confident about our worldviews and this makes us feel good. For example, when a fellow human agrees with me that cricket is a much better game than baseball, I feel affirmed, and this in turn makes me feel good because it makes me feel that I am accurately calibrated in terms of my opinions and attitudes.

Overall, the desire to conform to others’ opinions is a good thing. That is, although there are some situations – such as deciding on how much to tax to levy on the citizens of a country – in which it may be better for everyone to express their honest opinions even if it means disagreeing with others, in most situations, it is the desire to conform to others that maintains peace and harmony in our interactions. Without this desire, I believe that we would get into fights and arguments far more often.

There is one situation, however, in which the desire for conformity can cause us personal harm. This is when we are investing in stocks and shares – particularly if we are scouring the Internet for investment-relevant information. In two papers that were recently published (Gu et al., YEAR and Konana et al., YEAR) , my co-authors and I examined how the desire for others’ approval could hurt individuals who invest on the basis of information available on Virtual Internet Communities (VICs). A VIC, which consists of a collection of message boards wherein each board focusses on one particular stock or investment instrument, allows investors to interact online with other investors to exchange information about individual stocks or other investment instruments. VICs are becoming an increasingly important venue for online investors as the number of participants in online communities continues to grow. For example, as of last year, Yahoo!Finance alone had over 65,949 message boards for investment activities. Likewise, the number of do-it-yourself investors has grown to over 40 million at last count, and many of them participate actively in VICs. An important feature of VICs is that the members on it have typically never met one another; indeed, because the Internet is not restricted by geographical boundaries, the members of VICs could be from entirely different parts of the world. What brings members of VICs together is shared values, aptitudes, interests or opinions.

In most situations, it is the desire to conform to others that maintains peace and harmony in our interactions. Without this desire, I believe that we would get into fights and arguments far more often. There is one situation, however, in which the desire for conformity can cause us personal harm. This is when we are investing in stocks and shares – particularly if we are scouring the Internet for investment-relevant information.

Imagine that you have just invested a relatively significant amount in a stock (say, Apple) because you have reasons to believe that the stock is going to do well. Now, imagine further that you are on a message board in which people are sharing their opinions about various stocks, including Apple. What should you do? As a rational investor, you should expose yourself to all types of opinions about Apple. That is, you shouldn’t restrict yourself to only positive news and views about the company; you should be just as willing to expose yourself to information that calls into question your decision to invest in Apple. This is particularly the case when the amount of money that you have invested is large (rather than small), since more is at stake.

And yet, if you look at this scenario from the lens of our desire for social approval, you can see how you may be tempted to seek information that makes you feel good about your decision. That is, rather than expose yourself equally to both positive and negative information about Apple, you may be tempted to selectively expose yourself only to positive views about the company

And that is precisely what we found. In one study, my colleagues and I examined the investment decisions of several hundred Korean investors. We asked these investors about their intentions (to buy, sell or hold) various stocks. Then, for the next few days, we observed their behaviour on VICs. Specifically, we combed through 682,781 messages on Yahoo!Finance message boards for 29 Dow Jones stocks to assess how individual investors exposed themselves to information that supported (versus opposed) their initial intentions. We found what we expected: these investors fell prey to the allure of “homophily” (the tendency to selectively expose oneself to others with similar opinions). Interestingly – and unfortunately – the allure of homophily was more pronounced among those with stronger intentions; thus, for example, those who had a “strong” intention to sell a stock were more likely to expose themselves to negative information about the stock than those who had a weaker intention to sell the stock. Further, the larger the amount of money in question (e.g. for buying a stock), the greater the tendency for homophily. And finally, homophily was more pronounced under conditions of greater uncertainty; specifically, the more volatile the market, the greater the tendency to seek confirmatory information.

Would this tendency for homophily make a difference to return on investments? That is, was the return on investment lower for those who exhibited a stronger propensity for homophily? The answer turned out to be a resounding “yes!” That is, the more one selectively exposed oneself to information that provided support for one’s investment intentions, the worse one’s decisions were and this resulted in lower returns.

If you are like most people, you are likely to find these results rather surprising. After all, the primary objective of investors is to make money – not to build relationships with others or feel good about the accuracy of their opinions or views. Further, given that investment relevant information is so easily available on the Internet, the cost associated with sourcing information is low. As such, most people expect that investors will seek exposure to disconfirming information in online forums.

Overall, however, the tendency for homophily was quite pronounced, and further, those who exhibited greater homophily suffered bigger financial losses.

Knowing all this, what could you, as an individual investor, do to avert the allure of homophily? Three relatively straightforward implications follow. First, you should be aware that you may be susceptible to the tendency to seek confirmatory information and that this could be hurting your return on investments. That is, as hard as it may be for you to resist the allure of homophily, you should force yourself to gain exposure to any and all information relevant to your investment decisions. You could use the following rule of thumb to override your natural propensity to seek confirmatory information: for every two news items or opinions that support your investment decision, you can tell yourself that you will seek out an alternative news item or opinion that opposes your decision. Thus, for example, if you are bullish on a particular stock, you should seek a news item or opinion that opposes your decision to hold on to or buy additional shares of that company.

The second implication is to have an investment consultant whose remuneration depends on the performance of your investments; thus, make the consultant your source of disconfirming information. Since the consultant only earns money if your investments are growing, he will have incentive to expose you to a broader set of views than you, acting on your own, likely would. An alternative, but related, strategy is to form an informal consultative partnership with a few other investors so that you force yourself to get exposed to a diverse set of views and opinions.

Make the consultant your source of disconfirming information. Since the consultant only earns money if your investments are growing, he will have incentive to expose you to a broader set of views than you, acting on your own, likely would. An alternative, but related, strategy is to form an informal consultative partnership with a few other investors so that you force yourself to get exposed to a diverse set of views and opinions.

The third and final recommendation is to continue investing as you currently are doing and learn about the dangers of homophily the hard way. As mentioned earlier, our findings showed that the only investors who were not susceptible to homophily were the “expert” investors – investors with more than five years of experience in online investing. Presumably, these investors had learned – the hard way – that selective exposure to confirmatory information doesn’t pay. These investors were, wisely, willing to expose themselves to all the information relevant to their investment decisions. 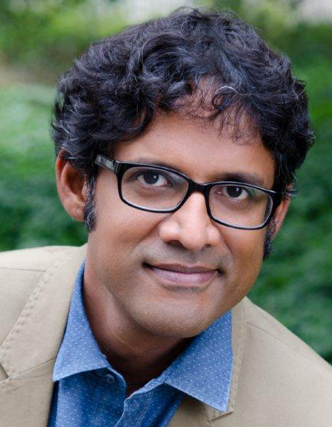