D. Shivakumar, Vice-President and Managing Director  of Nokia India had to decide whether to undertake  an all-India  launch of Nokia Life Tools (NLT), Nokia’s newest service offering  for emerging markets.  Given the pilot’s success, the decision seemed simple on the surface; however, there were critical  underlying challenges to consider, making Shivakumar’s task far more difficult  than it appeared. This case has been written  by Kirti Madhok Sud.

It was  June 2009, and D Shivakumar,  Vice- President and  managing   director, Nokia India, pondered over the  presentation  on  Nokia Life Tools (NLT)   by  Jawahar  Kanjilal,  Nokia’s  global head of Emerging Market  Ser vices (EMS).  Nokia developed  NLT in response to an in-house sur vey on consumer preferences for mobile phone ser vices and applications in emerging markets in 2008. NLT- related applications were aimed primarily at r ural and semi-urban  populations,  offering agricultural information and  education and  entertainment ser vices without requiring the use of general packet radio ser vice (GPRS)  or Internet  connectivity. The NLT pilot was a r unaway success,  with over 70% consumer adoption and retention rates.

The key question on Shivakumar’s mind was this: Should Nokia India launch the NLT ser vice based on the encouraging results of the recently-concluded pilot programme? Was the optimism of the EMS team justified, given that several crucial elements of the new ser vice were still works in progress?

The Mobile Phone Boom: India Connects
Aided by favourable  legislation  and an underser ved telecommunication  market, the mobile telephone boom over the last 10 years put the R 333 billion mobile device industr y on a high-growth  trajector y in India. In 2008, the main players in the Indian mobile device industry   were international  giants Nokia, Samsung  and Sony  Ericsson. However,  the “price sensitive” Indian consumer was quick to lap up smaller Indian and Chinese brands when these stormed the Indian market in 2008-2009.  Unwilling to have their revenues  throttled by  smaller  players, big  mobile phone  manufacturers launched “smartphones”– devices  with advanced  capability  and connectivity. As manufacturers brought down smartphone prices, sales doubled in this segment, and the lucrative Indian market witnessed several new global entrants.

Most Indian consumers  were driven by  voice ser vices  versus data ser vices,  and their purchase decisions were  usually    based  on   price,  peer recommendations and brand awareness. Certain basic features  such as  radio and camera  were necessar y for even entr y-level  phones. Internet connectivity was essential for high-end phones. In 2009, India’s urban subscription base of 260 million was twice that of rural areas. Further,  a new customer  segment of 80 million buyers had emerged in India: the “rurali” customer,  a term that referred to rural consumers and low-income urban consumers. To ser ve different customer segments, mobile device  sellers offered products at  different price points, ranging  from devices  priced   below  R 2,000 to those priced above R 20,000. Mobile phones were sold by general stores as well as high-end concept stores, depending on their price and customer segment. It was predicted  that the mobile phone sector would show robust growth in India until at least 2013, with the rural segment accounting for over 40% of the growth.

In 2009, India’s urban subscription base of 260 million was twice that of rural areas.

Nokia made its debut in India in 1995, achieving a formidable 62.5% market share by value by 2009 and recording revenues of over R 250 billion. Its consumer base covered  a  sixth of the countr y’s  population. Nokia’s success was largely due to its specific focus on the mobile phone market, its crucial distribution partnerships,  early investments in manufacturing and brand-building  and its development  of innovative product  features, such as mobile phones with built-in FM radio and flashlights  that were unique to India. Local manufacturing enabled Nokia India to maintain  steady supplies  of entr y-level  devices  at affordable prices.

Aspects that set Nokia India apart from its competitors − investment in R&D and a dedicated team that concentrated on developing products for markets with high populations and low penetration − facilitated the exponential growth of Nokia’s mobile phone business.

Not only was Nokia an industr y leader  in urban India, it controlled the largest handset distribution network  in r ural markets  as well.  Nokia  planned to increase  its fleet of r ural vehicles  and launch educational  programmes  for first-time users on the benefits of mobile devices. Supporting  Nokia’s distribution network was   a   robust information technology  (IT) backbone.  Aspects that set Nokia India apart from its competitors − investment in R&D and a dedicated team that concentrated on developing products for markets with high populations and low penetration − facilitated the exponential growth of Nokia’s mobile phone business.

Traditionally, mobile device ser vices were offered by mobile  ser vice operators.  However, as hardware became increasingly commoditised,  manufacturers strengthened  their own customer   relationships  by entering the ser vices and applications industr y. Nokia sourced applications and content from a global network of third-party   companies.  As Nokia relied on the ser vices business to drive future growth, it planned to charge a fee for its NLT ser vice. Shivakumar admitted, “Driving  revenues  from the ser vices  business  is  a challenge  in a  market like India where consumers assume they come free with handsets.”

A 2008 study by Nokia revealed that rural consumers wanted their mobile phones to provide ser vices that could benefit their employment prospects and income. Nokia responded  to this information  by developing ser vices  related to  agriculture  and education. It was   estimated that  the  addressable  market size for agricultural  applications  was 187 million  users (primarily farmers), and for educational applications, it was 200 million (primarily students).

The pilot NLT ser vice, launched  in December 2008  in  Maharashtra,   was  simple, elegant, and worked on ver y basic  devices.  The company settled on a low price model with an innovative billing cycle for NLT. Nokia worked with various partners such as Idea Cellular (a mobile operator) to provide content for the NLT  offering as the company did not have this expertise in-house.  The adoption of NLT  was directly proportionate  to the sale of new devices, as the ser vice came embedded  in the device. In the low- end handset segment, a single handset was frequently shared by family members;  thus, for NLT to be seen as a valuable proposition,  the right portfolio of ser vices had to be offered  to the entire family  unit. NLT offerings attracted  customers that the company had not expected. Feedback from subscribers revealed that NLT had a wide appeal  and a higher-than-industr y retention rate.

Key Challenges of a National Roll-out

Nokia knew that NLT’s business model  would only be sustainable   if  it was  rolled out nationally.  This presented  the first challenge: information  content had to be available from a pan-Indian perspective with region-wise  relevance and language considerations. Though NLT was simple enough to implement during the pilot phase as there was only one region to consider, a national roll-out  offered different challenges since there were no vendors offering pan-Indian customised information.  However Nokia chose to counter this hurdle, it came with its own challenges and costs

Another area of concern  was the collection of revenue from users. Nokia had two billing options for NLT: a pre-paid voucher model and/or integrating billing with the operator’s  billing system. Running a pre-paid management system would require additional channel investments and would put Nokia and the operators in direct competition for ser vice dollars. However, the advantage of this system was the steady revenue stream it would provide to retailers, offering them a  tangible  incentive  to sell  NLT.  Under the operator  model, subscribers would pay for the NLT ser vice out of their pre-paid balances with operators, and revenues  would  be shared.  Implementing  this system would require complex development  and integration.   A  pan-national   launch of NLT  would ideally involve bringing  all operators  on board − a long-drawn-out and time-consuming exercise.

Selling a ser vice was substantially different  from selling a device.  Asking retailers  to sell a ser vice at the point of sale − i.e., to identify different market segments and demonstrate the personalised utility of NLT to each − presented a challenge. Should Nokia invest  in disproportionately  larger  retail incentives to gain initial traction or should it invest in creating consumer  pull? This question had to be answered before the impending national roll-out.

A Strong Base for NLT

During his presentation,  Kanjilal stated that following NLT’s impending national roll-out, the primar y focus for the first few years would be on customer acquisition and engagement and also on ensuring a sustainable, low-cost business model. He was confident that once this was established, subsequent monetisation would not be an issue.

Although  Shivakumar  shared the EMS  team’s excitement,  he knew that introducing  NLT  across India would present many challenges. He also realised that simply acquiring customers was not a sustainable strategy if profits  did not follow. The NLT national roll-out, thus, appeared to be a low hanging fruit that was ready to be grabbed. The question was whether the fruit would turn out to be sweet or bitter.

The case summary was written by Arohini Narain, Centre for Teaching, Learning and Case Development (CTLC) at the Indian School of Business (ISB). 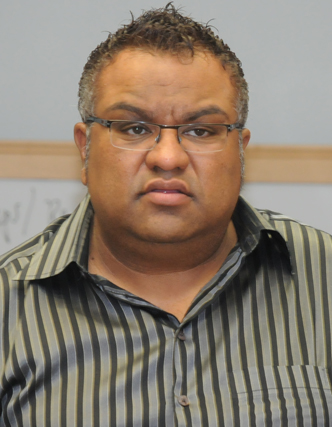 Professor of Strategy at Richard Ivey School of Business. 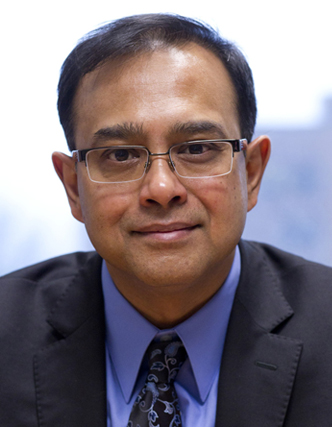 Professor of Strategy & Innovation and Stauffer Research Fellow in the Department of Strategic Management, Fox School of Business at Temple University.