A team from the Centre for Leadership, Innovation and Change (CLIC) at the ISB, comprising Rajesh Chakrabarti, Assistant Professor of Finance, ISB and M Kanchan, Senior Researcher, CLIC talks to Nitish Sengupta, Chairman of the Board for Reconstruction of Public Sector Enterprises (BRPSE). Sengupta has been instrumental in the revival of sick Public Sector Enterprises (PSUs) and the success stories of 11 of those PSUs have been documented in the report “Metamorphosis.”

The Centre for Leadership, Innovation and Change (CLIC) is working on several research projects with emphasis on public sector units (PSUs) in India. PSUs occupy an important part in the Indian economy but there is some criticism about their performance. What are your views on the current status of PSUs in India vis-à-vis other emerging economies and where do you think Indian PSUs will be ten years from now? What is your vision for PSUs in India?
If I may say so, your assessment of the Indian public sector is a little outdated. If you had said this about five or ten years ago, it would have been alright. But in the last few years, the public sector has recorded a tremendous amount of recovery and transformation. If you see the number of Indian companies in the Fortune 500, there are about eight of them – five from the public sector and only three from the private sector. In the Bombay Stock Exchange, if you consider the entire market capitalisation, there are 47 public sector undertakings that are listed and they (PSUs) account for about one-third of it. And in 2008-2009, during the world economic crisis, the Indian public sector stood its ground and did not retrench people or cut down on their production. On the other hand, the public sector helped the government of India to a large extent to tide over the Indian economy. Two or three years ago, the number of sick enterprises in the public sector was about 50. Today, I think it is around 30. A few enterprises have made a remarkable turnaround. Companies such as Heavy Engineering Corporation (HEC) in Ranchi, which from its inception never made profit, have made profits in the last few years, but how? When the steel industry of India went into a period of depression, no new steel mill was set up for several years and this did not generate any profit. But we persuaded HEC that with their capacity they could meet the requirements of other industrial metals and not just steel. They did the market research and discussed with organisations such as the Nuclear Corporation and now they are supplying Nuclear Corporation’s requirement with their existing machinery. HEC has been profitable the last three years. The HEC was also meant to meet the requirements of the steel industry. But if the steel industry does not have any construction activity, it does not mean that the company should stop. We persuaded them that with their ability and capability they can undertake other construction work. They followed the advice and today, they are also profitable. These companies are now moving around the country, seeking new jobs and opportunities. Today, the public sector does not present a picture of being disabled. They are trying their best to come up in efficiency and performance.

If you see the number of Indian companies in the Fortune 500, there are about eight of them – five from the public sector and only three from the private sector.

With reference to your “Metamorphosis” report, since its inception in December 2004, the Board for Reconstruction of Public Sector Enterprises (BRPSE) has received 67 cases for reference out of which it has recommended 59 cases for revival to the Indian government. The government has restructured 40 of them with an investment of C 23,612 crores, in both cash and non-cash benefits. What criteria do you use for evaluating a sick industry to decide whether it should be restructured or closed down?
First of all, we try to restructure. If it cannot be done, we recommend closing down like what we did for Hindustan Cable. For about three or four companies, we are recommending them to close down.

But do you have any criteria that you use for whether a company should be restructured or whether it should be closed down?
We feel that if a company is true to the discipline of the balance sheet and profit and loss statement, it cannot be closed down. But where it is not able to conform to the discipline, it has to close down. Now let us ask the question of whether the company’s products are being accepted by the market. If the products are not being accepted by the market and if the company cannot change, then we recommended closing down.For example, Indian Hindustan Copper, until 1991, was a star industry doing very well. But then, they did not change on time and the entire market was taken over by optical fiber, no longer copper cable. But they did not switch to optical fiber on time and today, the whole market is taken over by PSUs that are producing optical fiber. And there is no scope for Indian Hindustan Copper.

In 2008-2009, during the world economic crisis, the Indian public sector stood its ground and did not retrench people or cut down on their production. On the other hand, the public sector helped the government of India to a large extent to tide over the Indian economy

When considering a turnaround, why do you consider the net profit after tax and not cash flow from operations?
We consider net profit because it has some implication on the company’s financials as a whole. Cash can come out of the blue sometimes.

Does BRPSE or the government have a mechanism for measuring and monitoring the progress of each of the units where you have infused funds?

We have been doing that for some time. We meet two or three companies, get their facts and figures, their balance sheets for two or three years, and then try to assess how far they have applied the recommendations of the BRPSE and their results after implementing our recommendations.

Do you have any restrictions or clauses that you attach to these companies? For example, if they do not show a certain amount of profit, the next installment of restructuring amount would not be available to them?

Public sector enterprises, even central public sector enterprises show a very wide range of heterogeneity in terms of their work culture. We normally club them together and stamp a particular characteristic for all the public sector enterprises, which does not seem to be true at all. Based on your experiences, how can some of them have the same restrictions in paying and incentivising their employees, and the work environment in shambles? And yet in some other places, the work culture is very vibrant, and they stick to routines and outputs.
Well, I am afraid you will have to go back to the question of leadership. Who is the leader? Has he got the vision and the desire to improve? G K Pillai, the Chairman of HEC, had the vision and he has accomplished the transformation. Companies such as Oil and Natural Gas Corporation Limited (ONGC) have done very well. Bharat Heavy Electricals Limited (BHEL) has also done well. BHEL’s order books are full for twenty years. And today, India has such a demand for them that sometimes we joke that we need two more BHELs. Otherwise China is flooding our market.

Today, the public sector does not present a picture of being disabled. They are trying their best to come up in efficiency and performance.

When mobile telephones have come into India, why is it that China is still dominating the whole market?
I have suggested that ITI (Indian Telephone Industries) should be amalgamated with or made a subsidiary of BSNL. But they disagreed and countered that BSNL is only a service provider. But according to me, that is a funny argument. Vertical integration is a standard process in the industry. In this manner, you rely less on Chinese companies, both in terms of providing service and manufacturing. There is scope for it. Incidentally, the pay revision of the public sector enterprises has also benefitted the companies. We submitted a report about two years ago and one of our biggest recommendations was that a company can pay its executives a higher salary than what is admissible by the government, provided it comes from the profit. That has done wonders. 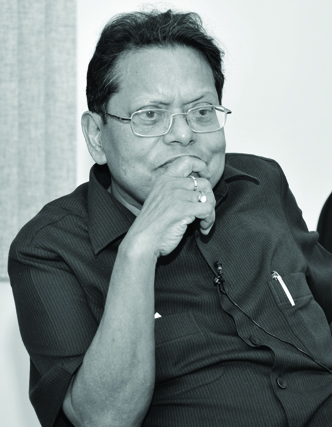 Chairman of the Board for Reconstruction of Public Sector Enterprises (BRPSE). 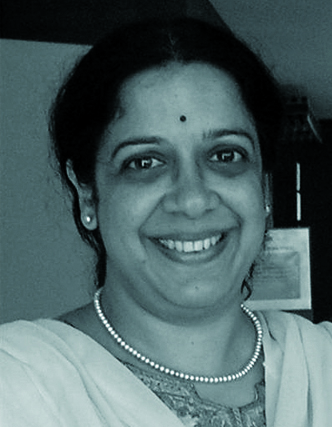 Senior Researcher at the Centre for Leadership, Innovation and Change (CLIC) at the Indian School of Business (ISB).