What are the effects of inter-religious interaction on inter-group attitudes among neighbours from Hindu and Muslim populations? Professor Sharon Barnhardt writes from her research in Hyderabad.

Most governments today need to be concerned with policies for managing tensions between religious or ethnic groups. This concern is particularly important in places where large numbers of low-income individuals contest for relatively scarce resources. Surprisingly, policies aimed at reducing inter-ethnic tensions take diametrically opposed approaches – some separate groups and others foster more interaction.

Academic literature can support both approaches. One theory is that more “mixing” will exacerbate existing conflict by inflaming tensions, especially when groups have no common goals or are in competition with each other (Amir 1969; Stephan 1978). One of the most important real-world outcomes of this position is the creation of the separate states of India and Pakistan at the end of the colonial period. Partition is also a prominent proposal for settling the Israeli-Palestinian conflict.

A second theory is that negative stereotypes lead to conflict, and they are maintained through ignorance. Contact will expose stereotypes as false and improve inter-group attitudes (Allport 1954). A well­ known example of this strategy is “Seeds for Peace,” which brings together youth whose countries (Israel and Palestine, India and Pakistan) are in conflict. Meeting the “enemy” humanises them. A quotation from former UK Prime Minister Tony Blair on the organisation’s website pithily explains this approach,

“Such exposure at an early age to a divergence of views plays a crucial part in laying the foundations for tolerance and understanding.”

The integration of spaces where most people spend a lot of time – neighbourhoods, schools and workplaces – therefore may improve attitudes over time. Diversity is also a goal governments (and corporations) pursue for other assumed benefits in addition to the potential for reducing conflict. For example, to integrate neighbourhoods in Singapore, ethnic housing quotas ensure new buyers of publicly built houses do not belong to a group whose ethnic proportions have been exceeded in the estate or town. Cities in Germany, the Netherlands, and the UK have used similar quotas to disperse enclaves of migrants, while Paris and Brussels chose gentrification policies. In the US, programs such as “Moving-to­ Opportunity” have an impact on housing integration by constraining voucher users to neighbourhoods where the poverty rate is below 10% (and where racial minority populations are smaller).

Despite numerous examples of housing policies that promote residential integration, or unintentionally increase it, we have little credible evidence about their impact on inter-group attitudes.

In lower-income countries, policies developed to provide a minimum quality of housing for those who live in slums (bastis) can also change community compositions. In India, when bastis cannot be upgraded under the Rajiv Awas Yojana (government programme for urban poor), households are to be relocated. The Ministry of Urban Housing and Poverty Alleviation’s Mfordable Housing in Partnership scheme aims to build one million housing units for the urban poor that they can purchase with subsidised mortgages (GoI 2011). Depending on allocation rules, families may find themselves owning homes in more diverse communities than they would have chosen for themselves.

Despite numerous examples of housing policies that promote residential integration, or unintentionally increase it, we have little credible evidence about their impact on inter-group attitudes.

Singling Out the Effect of Neighbours

Early assessments of inter-group attitudes among neighbours come from observing mixed-race neighbourhoods or public housing in the US (e.g.,Deutsch and Collins 1951). Such studies generally ﬁnd better attitudes toward minorities among individuals who have more exposure to minorities in their neighbourhoods. The main problem with this research strategy is that a person who chooses to live among people from another community is likely different, in important ways, from a person who chooses to remain in a neighbourhood dominated by her own community. Thus, these early studies may confuse the effects of openness and tolerance (or other pre- existing, unobservable personal characteristics) with the effects of exposure.

In laboratory settings, this challenge is dealt with by randomly assigning many similar subjects to either an integrated or homogeneous setting, having many small groups drawn from either setting work African American roommate showed more empathy for the African American community and more support for afﬁrmative action.

Are these results enough for us to conclude that Hindus and Muslims mixed together in government housing will learn to appreciate each other more? Perhaps the answer is no, mainly because more competition might exist where resources are scarcer. If neighbourhoods full of poor people recently migrated to ﬁnd work are more competitive than cooperative, theory and laboratory experiments would suggest mixing would increase communal tensions.

The  Effects  of  Communal  Exposure  in Hyderabad

In recent research in Hyderabad, I was able to on an assigned task, and then asking questions to measure attitudes toward other communities.

Such experiments generally ﬁnd positive effects of the social exposure they create. However, the degree to which the experimentrewards cooperation versus competition is pivotal in determining whether attitudes improve or worsen with contact (Aronson 1975; Aronson and Patnoe 1997; Pettigrew and Tropp 2006).

In a laborator y, unfortunately, it is hard to replicate the condition of being neighbours over long periods of time. But it is possible to ﬁnd (or create) randomised assignment in a real-world setting. Sacerdote (2001) and Boisjoly et investigate the effects of inter-religious interaction on inter-group attitudes among neighbours from Hindu and Muslim populations living in public housing. I chose this setting for three reasons. First, it allows me to provide evidence on a dramatically different population. My sample is made up of victims of a basti ﬁre who were re-housed onsite in new four- stor y buildings. Thus my estimates extend our understanding of attitude change to a low-income, less educated population.

Second, individual units in the new colony were assigned using a public lotter y. The government responded to the basti ﬁre by using a centre-state government housing programme to build 1792 units (enough for most of the victims) and the residents al. (2006) studied students in the US who were randomly assigned roommates by university authorities. Boisjoly et al. ﬁnd white students who had been assigned an selected their unit by picking a chit out of a bucket (a random allocation). Consequently, the four units sharing a corridor on a ﬂoor (a “cluster”) have different numbers of Hindus and Muslims, but the size and architecture are consistent. This design allows me to provide causal estimates of the effect of exposure through neighbours on attitudes.

The random distribution of religious groups in the colony is maintained through strong rules and economic incentives. This colony has not encountered the high turnover of relocation programmes that move slum residents to the urban peripher y because it was built on the same site where the basti stood. The high subsidy created an incentive for families to accept the new unit (which they all did). The fact that programme regulations prevent households from selling or renting their units also helped maintain the assignment for a relatively long period of time.

The third reason I chose this setting is its relevance for low-income housing policy in the developing world. As developing countries face rapid, massive urbanisation (and the urbanisation of poverty) plus mandates to be “slum-free,” more households will be relocated to new neighbourhoods.

We conducted a household sur vey in the colony in Hyderabad (95% responded) and asked each owner a series of questions regarding her attitudes about people from other communities. This is what psychologists call an “explicit” attitude – one that people are consciously aware of having. I ﬁnd that Hindus with more Muslim neighbours have statistically signiﬁcantly more favorable explicit attitudes toward Muslims, suggesting policies promoting greater contact could be beneﬁcial in this context. For Muslims, the change in explicit attitudes toward Hindus is not statistically signiﬁcant, meaning there is no effect of having more Hindu neighbours.

Unfortunately, explicit attitudes encounter the challenge of “self-presentation” bias, in which the respondent prefers to give a false answer than reveal a socially unacceptable view (Cannell, Miller, and Oksenberg 1981). I addressed this challenge by complementing sur vey-based measures with a computer-based Implicit Associations Test (IAT) designed by Greenwald, McGhee, and Schwartz (1998).

When deciding whether to allocate houses on a ﬁrst-come-ﬁrst-served, most “deserving” ﬁrst, or by lottery, the beneﬁts of the lottery should be understood to include building inter-community tolerance.

An “implicit attitude” is one that the individual may not be aware of, but which can affect his or her behaviors (see implicit.har vard.edu to learn more and take a test). Our IAT was designed to get an unbiased measure of the relative strength of automatic associations between “good” and “Muslim,” versus “good” and “Hindu.” A sub-sample of 359 women and their children took the test. What we found was surprising. The pattern of children’s implicit associations basically replicated the pattern of adults’ explicit attitudes. Hindu children assigned more Muslim neighbours have better implicit attitudes toward Muslims. However, women’s implicit associations toward both Hindus and Muslims were about the same on average and the improvement in Hindu women’s implicit attitudes toward Muslims was marginally signiﬁcant.

Why would attitudes toward Muslims change and attitudes toward Hindus stay the same? If we believe the beneﬁt of exposure is providing new information, then perhaps Muslims already have fairly accurate ideas about Hindus because they live in a country numerically dominated by Hindus. If the general environment is full of neutral or positive images about Hindus, there may be fewer bad associations to overcome. And if that same environment is missing positive images of Muslims (Sengupta 2008), then Hindus may have more negative beliefs about Muslims. Thus, having Muslim neighbours gives Hindus a chance to gather new information about Muslims and update their beliefs.

This research provides credible evidence about the beneﬁts of inter-religious exposure in similar settings. The most direct implication of these ﬁndings for housing policy is to understand the importance of the allocation rule and the opportunity provided by mixing communities. When deciding whether to allocate houses on a ﬁrst-come-ﬁrst-served, most “deserving” ﬁrst, or by lottery, the beneﬁts of the lottery should be understood to include building inter-community tolerance. 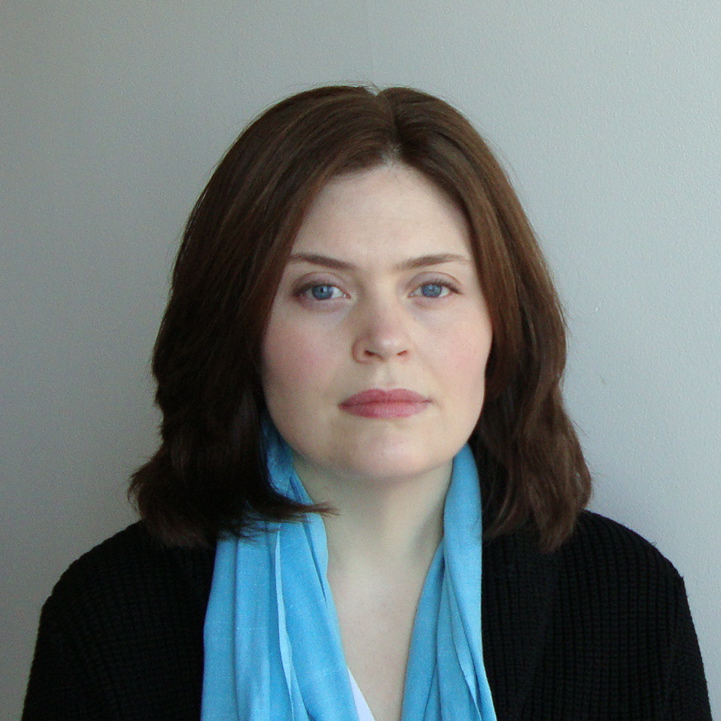