Companies would rather meet or beat analysts’ expectations than invest in long term projects of value that might impact current financial statements negatively. Professor Shivaram Rajagopal of Emory University writes a report based on his findings.

Wag the Dog
Financial Statements provide information on the financial health of a company through balance sheets, profit and loss statements, cash flow statements and equity change statements. Through the statements, the managers present a summary to external stakeholders of how they used the resources entrusted to them by their stakeholders to generate a return. These statements are supposed to reflect the state of the business, and not influence it. However, managers are increasingly under intense pressure to manage perceptions of people regarding the company, especially if they feel that the financial statements might result in a decline in stock price. In this case, the tail is wagging the dog.

In a 2005 study I conducted with Professors John Graham and Cam Harvey of Duke University, we found that more than half of the 401 surveyed chief financial officers (CFO) of publicly traded companies in the United States said that they would rather sacrifice a positive net present value (NPV) project than miss the analysts’ consensus earnings estimate while making an earnings announcement.1 Similarly, majority of the surveyed CFOs said they would sacrifice economic value just to be able to report a smoother earnings stream. We asked these CFOs about the possibility of confessing to analysts that “here are ten ways to manage earnings and meet the consensus earnings estimate but I am not going to manage earnings because I don’t think that’s the right thing to do,” not one CFO thought that this was a feasible strategy. Apparently, it is far better to meet or beat the analyst’s forecast by any means possible rather than entertain any other disclosure strategy.

Not Met Analyst Forecast? No Bonus for You
When the CFOs were asked about why they buckled under pressure from the analysts, they blamed the system. They claim that the pressure to meet or beat the analysts’ forecasts is very intense. Missing the forecast is seen as a sign of managerial incompetence. The CFOs fear that they will be perceived either as incompetent forecasters or incompetent managers. In a study I conducted with Suraj Srinivasan, Associate Professor in the Accounting and Management area at Harvard Business School and Kevin Koh, Assistant Professor in Accounting at Nanyang Technological University, Singapore, we found evidence to suggest that chief executive officers (CEO) and CFOs suffer significant cuts in bonus, stock options and awards and even the possibility of forced dismissal if they fail to meet quarterly earnings benchmarks set by analysts.2 The problem begins earlier in the reporting quarter, when the analyst demands earnings guidance from the CFO. The CFO gets locked into delivering that earnings number later in the quarter by whatever means necessary even if business conditions have been volatile during the quarter. Of course, the CFO can “talk down” or revise the optimistic forecast but resorting to frequent “talk downs” is also seen by the analysts (and perhaps the managerial labour market) as a sign of managerial weakness.

Majority of the surveyed CFOs said they would sacrifice economic value just to be able to report a smoother earnings stream.

What is remarkable about this confession is that CFOs are relying less on pure accounting or reporting manoeuvres to meet or beat the analysts’ consensus forecast. They depend more on real actions such as cutting or postponing research as well as maintenance expenses that they would have otherwise spent during this quarter or year merely for the purpose of reporting favorable earnings. Note that research and development expenses (R&D) and maintenance are both required to be expensed under U.S. GAAP (Generally Accepted Accounting Principles) although such expenses potentially create future benefits that extend over several accounting periods. Such a strategy of relying on real actions is dictated by the increased scrutiny of accounting tactics to manage earnings as a result of the tighter internal control regime imposed on U.S. companies by the Sarbanes-Oxley act, which, in turn, was prompted by the explosion of reporting frauds such as Enron and WorldCom after the technology bubble in stock prices burst in 2001. Auditors in the U.S. primarily perform compliance, rather than proprietary, audits. That is, they verify whether the transactions, whether value increasing or not, are reported in compliance with U.S. GAAP. Proprietary audits, on the other hand, verify whether the manager has executed his role as steward of the resources placed in his control by the shareholders in a responsible manner.

Missing the forecast is seen as a sign of managerial incompetence.

Besides taking the auditors out of the equation, outside stakeholders find it very hard to unravel the presence and the impact of such real earnings management. Only the manager knows the portfolio of NPV projects available to him. How can an outsider (even the board for that matter) detect that the manager has indeed picked the highest NPV project from this suite of projects? For instance, when CFOs cut R&D expenses, they are usually careful to ensure that they do not cut R&D relative to the previous year – it would be too obvious. They cut R&D on the margin relative to the level that they would have spent had they faced no reporting pressures – and, that ideal level of R&D is not observable to anyone except the manager himself.

Company Fails Even as Investors Gain
Why does this matter? Even if every company sacrificed a little value for the sake of reporting an artificially smoother earnings stream or to maintain his or her record of meeting or beating analysts’ expectations, the cost to the economy as a whole when such actions are aggregated is non-trivial. This problem touches on the broader issue of corporate myopia. Managers often justify these actions on the grounds that because everyone else in the market is managing earnings, an individual manager would suffer if he or she reported clean earnings. That is, let’s say that the average investor discounts the reported earnings of every company by 5% because he knows that every manager pads his or her reported numbers to some extent. In such a world, there is noincentive, on the margin, for an otherwise compliant manager, to report unmanaged earnings because if he does so, his unmanaged earnings would be discounted and his stock price would suffer. As already discussed, managers find it difficult to communicate to the marketplace that their earnings are clean.

We found evidence to suggest that Chief Executive Officers (CEO ) and CFOs suffer significant cuts in bonus, stock options and awards and even the possibility of forced dismissal if they fail to meet quarterly earnings benchmarks set by analysts.

Can we rectify this problem? The answer is not obvious. Perhaps, a group of institutional investors could coordinate and discourage the practice of insisting on earnings guidance. But, even this is suggestion is complicated. In another study that I conducted with Dawn Matsumoto and Shuping Chen, Associate Professors of Accounting at University of Washington, Seattle and UT-Austin respectively, we analysed firms that voluntarily gave up earnings guidance.3 Initially, it appears that these firms made the right claims. They said they were tired of playing the “earnings game” and wanted to focus on the long-term growth. They stated that they wanted to rid their investor base of hedge funds and transient investors who trade on next quarter’s earnings and who have no real interest in how the company is being managed over the long haul. Some of them, in which Warren Buffett held stock (for instance, Coca Cola and Washington Post), cited how the Oracle of Omaha had influenced their decision to renounce guidance. However, a closer inspection at the data suggested that the firms, who voluntarily gave up earnings guidance, did so because they were not performing very well. In fact, they had had a history of missing earnings forecasts over the preceding quarters. Their stock prices had also been declining for a year. Perhaps, these managers thought that it was better not to guide the market rather than provide earnings guidance and not meet the guidance. Thus, it appears that the voluntary renunciation of earnings guidance was driven by the managers’ worries on whether they would be perceived by the labour market as incompetent rather than by a desire to appear principled. These managers were merely cloaking themselves in virtue. This behaviour can also be explained by the falling tenure of CEOs and CFOs at their jobs. A CFO.com survey reported that the average CFO intends to stay at his job for only four years or sixteen quarters. Postponing bad news by even a year or so indicates a higher probability of vesting stock options and stock awards and a greater chance of cashing them in at a higher stock price. The company chiefs would rather profit in their short tenure as the head of the organisation and let their predecessor deal with reporting low earnings.

In conclusion, unless corporate culture changes or expected tenure of senior managers at their jobs improves, corporate myopia is unlikely to disappear. 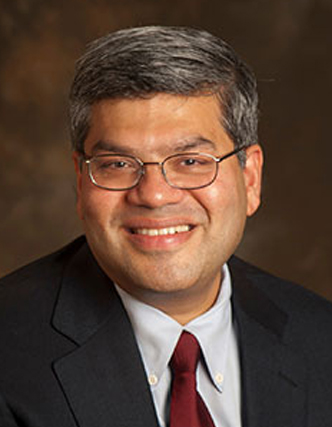 Professor of Accounting at Emory University’s Goizueta Business School, and a visiting faculty at the Indian School of Business (ISB).