David Fischer, Vice President, Advertising and Global Operations, Facebook, was at the Indian School of Business (ISB) to talk about social networking and the challenges that lie ahead for the company.

Of the 573 students who enrolled at the ISB this year, some were friends even before they set foot on campus. They already knew how to prepare themselves for campus life – what books to bring, where to party, etc. Facebook had made that possible.

The company that began in a Harvard dorm room, now features 500 million pages, including yours and possibly your mother’s. How did this snowballing effect begin? Fischer thinks that the reason millions of people are on Facebook is because the Internet is no longer just a search database; it has evolved into a place where we can actively connect with the people in our lives or re-connect with those who were, once, part of our lives. “The Web is being rebuilt around people,” Fischer told the students, most of who would readily agree with the assessment.

The success of social networking platforms lies in how well its features reflect an understanding of human psychology. “News Feed,” which is a continuously updating list of happenings from people and groups that users are connected to, is an apt example. However, when “News Feed” was first introduced, there were protests outside Facebook headquarters in Palo Alto, California. Ten per cent of Facebook users joined a group, petitioning to get rid of the feature. Today, if users are asked what they like about Facebook, one of the things they will mention is “News Feed.” It allows users to stay on top of the happenings in their social network, hence satisfying the inquisitive nature of social beings.

“We believe in being bold. We will take risks. We will bet in where we think the world is going – it is going to be transparent,” asserted Fischer.

Social media has re-defined the breadth of possibilities that being connected can enable. Examples abound of individuals receiving medical assistance from unexpected sources across the world. The network also brought the world closer as updates continuously flashed from regions undergoing political turmoil aided by individuals, who were posting on social media sites from their beleaguered nations.

But the question of access looms large. While millions of people in India are already on social networking sites, many still face the fundamental problem of access to the internet. The challenge for India, according to Fischer, is to improve access for those who are lagging. This gap can be bridged by using feature phones.

Despite the positive offshoots of connectivity, Fischer is realistic on its negative implications, especially pertaining to terrorism, threats of violence and cyber-bullying. “The same empowerment that can be a force for good may also not be used for good. We do recognise the challenges.”

Fischer also addressed questions on the privacy element in social media platforms and how the company targets advertisements to users.

We believe in being bold. We will take risks. We will bet in where we think the world is going – it is going to be transparent. 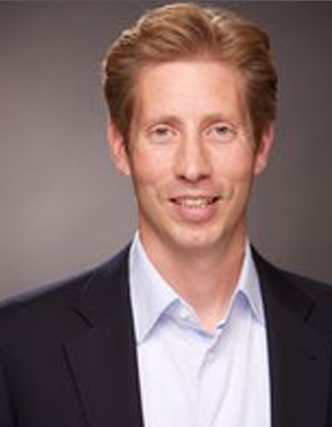