Are M&As about empire-building or are they based on a rational motive? What is the fate of the acquired assets after M&As? This article, based on a research paper “Post-Merger Restructuring and the Boundaries of the Firm” by Professors Gordon Phillips, N R Prabhala, and Vojislav Maksimovic, all from the Robert H Smith School of Business, University of Maryland, explores these questions along with the implications of M&As on the existing assets of the acquirer. The research paper is forthcoming in the Journal of Financial Economics.

Mergers are a fast way for firms to grow. Through mergers, firms can rapidly expand market presence, acquire new strategic capabilities, or deploy in-house talent to quickly exploit new business opportunities. Mergers are also one of the most significant investment decisions made by firms. The worldwide M&A volume for 2010 exceeded $2 trillion. The Indian M&A market has also grown rapidly with several multibillion dollar deals such as the Tata-Corus, Tata-British Salt and Hindalco-Novelis acquisitions. Similar growth is also expected for the broader Asia-Pacific region. In a 2010 Bloomberg survey, over 45% of financial markets have picked Asia-Pacific as the major growth hub for M&As in 2011 and beyond.

What Happens After a Merger?

Although there exists vast literature on M&As, relatively little is known about what the firms do with the assets acquired in a merger. Questions remain such as: Do acquirers keep most assets, or do they sell and close significant parts of the newly-acquired assets? What kinds of assets do they tend to keep? What is the performance of the kept and sold assets and how does this impact an acquirer’s existing assets? Our study provides insight on these questions using a sample of over 1,300 US M&As in the manufacturing sector from 1980-2000.

First, we found that acquiring firms do not passively retain assets after a merger. Rather, a merger starts a vigorous restructuring process that involves significant sell-offs and closures. 46% of the target’s plants are sold or closed within three years of a merger. These results do not support the view that mergers are driven by acquiring managers’ tastes for large empires. If this were the case, we would expect passive absorption of newly-acquired assets from a target into an acquirer’s existing portfolio. Instead, we see sell-offs and closures of close to half the acquired plants.

Second, we found that acquirers selectively keep or dispose off assets based on the fit of the assets and an acquirer’s capacity to manage the new assets successfully. For instance, acquirers are more likely to retain target assets if they are related to their own existing businesses or core competency. On the other hand, unrelated assets that do not fit are likely to be sold off. A critical determinant of the asset retention decision is the acquirer’s skill in running peripheral businesses. Acquirers who are less efficient in running their non-core, peripheral businesses are likely stretched. They cannot easily absorb and run new acquisitions efficiently. On the other hand, acquirers who are highly productive in their peripheral businesses have the capacity to take on new businesses. These firms tend to retain more assets after a merger.

Industry booms amplify the role of peripheral skill. When industry demand surges, both efficient and less-efficient producers benefit. However, the more-skilled firms now have greater comparative advantage compared to their less-skilled counterparts. Thus, plant retention is more likely when an acquirer is skilled and the plant is in an industry that experiences an unexpected shock. The patterns of sell-offs and retention indicate that after acquisitions, firms reset the boundaries of their operations in a manner that exploits their operating side skills at growing and managing their newly-acquired assets.

While the above tests show that operating-side skills shape an acquirer’s boundaries after a takeover, one question is whether the financing side matters. We found that the financing side also affects post-merger restructuring. Plants are less likely to be sold when acquirers are cash rich or have lower levels of debt. Financially-constrained firms are more likely to sell target assets to generate scarce resources to pay for the target businesses that they intend to keep. Retention is more likely when acquirers pay for targets in cash and less likely in stock-financed acquisitions.

We examine the performance changes of the plants transferred in acquisitions after the merger takes place. Are acquisitions followed by improved or worse performance? To examine this issue, we track plant productivity over three years after an acquisition is consummated. Here, we find sharp differences between plants retained by acquirers and the sold-off plants. Plants transferred in an acquisition and kept by an acquirer show fairly sharp increases in productivity. The performance changes are economically significant. For instance, the average increase in total factor productivity, which is the value of the output minus the inputs required to produce the output per industry norms, increases by 6.3% over the three years after an acquisition. What types of acquisitions result in greater performance improvements? The efficiency changes are greater when both the target and acquirer are relatively efficient. In other words, efficient firms appear to acquire efficient targets and generate further improvements in performance.

The performance changes are quite different for plants sold off after the acquisition. The change in total factor productivity of sold plants is 1-2%, only about one-third to one-half of that for kept plants. Thus, acquirers appear to shed assets that they have no comparative advantage in running and only keep assets that they can improve operationally. It is worth stressing that while the productivity changes of sold plants are small, they are nevertheless zero or positive on average. There is little evidence of real-side value destruction in these plants.

Mergers are not about passive absorption of targets. Rather, an M&A sets in motion a vigorous restructuring process in which a large proportion of the target assets are hived off.

The performance results of sold plants come down against the “bust-up” view of mergers. Under this view, unproductive assets are trapped in targets unwilling to shed these assets. M&As work by liberating trapped assets. If this were the case, we would see particularly pronounced improved performance for assets acquired and sold off. However, the significant performance improvements are concentrated in kept plants. The evidence is more consistent with acquisitions being driven by acquirers redefining their boundaries and expanding scope to exploit their comparative advantage.

Do Acquirers’ Existing Assets Suffer or Benefit from M&As?

The Bottom Line: What Do Managers Need for Successful M&As?

What lessons do the results convey in terms of thinking about mergers and acquisitions? There are two major takeaways. First, successful M&As appear to be driven primarily about the potential for real side synergies and complementarities. As Amit Kalyani, Executive Director, Bharat Forge, says, “…Each acquisition gave us something new – access to the new passenger car market, to the global market for aluminium components, to the US pick up market, to the engine business in Europe… To them, we offer technology, money, and a strategy to grow their business worldwide.” As Kalyani’s statements indicate, M&As are primarily about expanding firms’ boundaries to exploit organisational skills and capabilities. M&As are not really about expansive empire-building by managers with a taste for large size.

Second, the results suggest that managers need a somewhat unexpected skill set to be successful at M&As – skill at restructuring targets. Mergers are not about passive absorption of targets. Rather, an M&A sets in motion a vigorous restructuring process in which a large proportion of the target assets are hived off. Firms tend to retain plants in which they have a comparative advantage and improve their productivity but they tend to sell or close other plants. Given the extensive restructuring that follows mergers, successful acquirers should be skilled at restructuring – in deciding what to keep, what to sell, what to close, and how to extract improvements and synergies from what is kept – all within a short period of time. The more effective the planning and execution of the post-merger restructuring, the more likely it is that an M&A is successful. 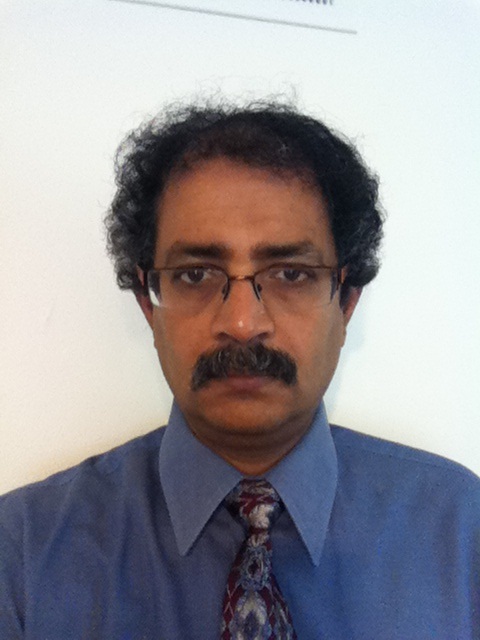