Social media taps into the basic tribal instinct in humans – of seeking and giving help. The companies that embrace this concept can beneﬁt immensely, writes Professor Chris Dellarocas.

Every company is struggling to deﬁne its “social media strategy” but half of them are failing to reap concrete beneﬁts. How can you make sure to be on the winning side? The key lies not in mastering the bewildering spectrum of digital social technologies but rather in recognising that social media have enabled humans to reassert their social nature in commercial settings.

Human beings are social animals; our behaviour is fundamentally tribal. Given the opportunity, we seek help from others when making important decisions and willingly assist other members of our tribe. In a business context, however, tribes have barely been a factor. Our ability to tap into networks of like-minded people had been previously limited by space and time; this limitation has, to a large extent, deﬁned the transactional nature of supplier-consumer relationships in the 20th century.

Digital technologies are fundamentally changing the equation. Customers today can easily ﬁnd each other for advice and collaboration, and that is exactly what they are doing. The resulting changes in market dynamics are disrupting business at ever y level.

The companies that are able to embrace their customers (and employees, one hopes) as social beings ﬁrst, and buyers next, are the ones who will reap the highest beneﬁts. The most successful social media efforts open up a naturally ﬂowing, mutual and mutually beneﬁcial – exchange of ideas and information between organisations and communities who know what they like and are not afraid to share it. Such exchanges go beyond traditional marketing and, in some cases, have transformed customers into inﬂuential evangelists, volunteer customer service associates and product co-designers.

The fundamental guiding principle of successful social media efforts is simple to articulate, though often challenging to implement, as it goes against the traditional mind set of many organisations.

Find your tribes, both inside and outside the organisation, and get them to help one another across functional areas.

Most traditional marketing is based on segmenting consumers, gaining their exclusive attention, and targeting them with corporate messages about a ﬁrm’s products and services. This approach does not work well in a social world. Digital technologies have empowered people to reclaim their social, tribal, dimension. When using social media, consumers are not primarily interested in engaging with companies and products, but rather to relate to other people or tribes who share the same lifestyle, passions, interests and concerns. Accordingly, companies are likely to be much more successful in engaging consumers online when they align their presence to lifestyles and interests that relate to their products as services, as opposed to directly promoting themselves and their products.

An example will help illustrate this principle. Fiskars is a 350 year-old Finnish company that manufactures scissors with a distinctive orange coloured handle. It would be difﬁcult to create excitement about a social site that is centred on Fiskars scissors. Instead, Fiskars sought their tribes around the use of the scissors: what groups of people had lifestyles and passions that involved the use of scissors, and would be excited to discuss them online? They quickly converged on such a tribe that appeared particularly promising: scrap-bookers, mostly women, impassioned with handicrafts and eager to talk about them, and about their lives online.

Fiskars built “Fiskateers,” a very successful online community of scrap-bookers. The community was led by four women crafters hired part-time by Fiskars to serve as ambassadors for crafting and hence, for Fiskars. They have their own website, blog and forum, and share their enthusiasm through hosting make-n- takes (crafting sessions) at events.

Currently, there are over 5,000 Fiskateers members worldwide – a powerful word-of-mouth force for the company.

…both inside and outside the organisation…

The tribal principle applies to both sides of the interaction between consumers and companies. Consumers are more receptive and open to messages from companies when these come, not from a dedicated and nameless “social media communications” department, but rather from employees who are impassioned about their work and genuinely want to help their customers. People usually choose to work for companies for reasons that go beyond receiving a paycheck. They are usually attracted to and are passionate about some aspect of the job. Smart companies can identify these passions and use social media to enable their employees to engage in what they feel most passionate about, while at the same time helping their customers.

Best Buy, a US-based electronics retailer, successfully applied this idea in their “Twelpforce” programme. Best Buy employees are often passionate about technology and love to showcase their technical knowledge to the world. Best Buy put together a Twitter account whereby consumers (without any obligation to purchase from Best Buy) can ask questions about product specs, product recommendations, recommended solutions, etc., and any Best Buy employee can then spontaneously answer these questions. The programme has been a widely publicised success and has managed to not only build customer loyalty, but also to increase the job satisfaction of Best Buy employees who found an additional outlet to engage with their passions and display their abilities.

In social media, the most powerful marketing message now comes from consumers and it is most likely not based on the ﬁrm’s marketing campaigns, but on the consumers’ ﬁrst-hand experiences with the ﬁrm’s products, services and customer support.

…and get them to help one another…

In the Fiskateers and Twelpforce examples, companies successfully used social media to get others (scrapbooking enthusiasts, Best Buy ﬂoor sales people respectively), whose “job” did not require them to do so, to help them do their job.

Carefully thinking through the incentives that ensure participation and engagement in such efforts is an important prerequisite of success. Ver y often, the opportunity to connect with other like-minded people and to showcase one’s passion and work provides sufﬁcient incentives for volunteer contribution. A great example of this is Wikipedia. In other cases, one must provide additional incentives that are not necessarily monetar y. As social beings we are genetically programmed to seek status and distinction within our communities. Social sites have found that rewarding members with points, badges of honour (e.g. most valuable member of the month) and membership levels (e.g. grandmaster, mayor, wizard, etc.) can go a long way towards incentivising contributions.

However, it is important to give the right incentive. For example, consider the following stor y from the SAP Developer Network, a knowledge-sharing community of SAP developers. Initially, the community rewarded contributions with points that could be redeemed for personal rewards. More points could be won if one’s contributions were “voted up” by other members. This reward system resulted in a healthy contribution level. However, the site administrators noticed that it also led to “bullying behaviour,” where some members exerted pressure on others to “vote up” their answers. Then the administrators decided to change the incentive system, so that points accumulated by a site member could be sent to a charity of the member’s choosing. Interestingly, they discovered that the change did not affect contribution levels, but helped eliminate bullying behaviour.

Social media efforts extend across traditional functional areas. The Fiskateers community plays several roles at the same time: it is a marketing and PR outlet, it is a customer (self-)support community whereby members help one another on how best to use Fiskars tools . It is also a product co-creation community, to the extent that Fiskars consults its members whenever they develop new products. Similarly Twelpforce plays several roles for Best Buy: it is a customer service community with a strong PR implication. It is also a knowledge sharing community for Best Buy employees. Finally, its presence undeniably is a selling point for Best Buy’s recruiting.

Nevertheless, the current mindset predominantly associates social media as a marketing opportunity and mostly assigns responsibility for social media efforts to marketing departments. This is limiting and, often, counter-productive. In social media, the most powerful marketing message now comes from consumers and it is most likely not based on the ﬁrm’s marketing campaigns, but on the consumers’ ﬁrst-hand experiences with the ﬁrm’s products, services and customer support. Successful social media presence, thus, requires coordination across at least three areas. 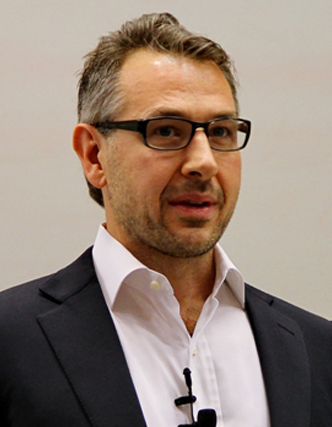