In Conversation with a Macro Hedge Fund Manager

Vilas Gadkari, founder of the Nilgai group of companies, was at ISB recently, where he shared his thoughts on identifying global macro imbalances and managing risk in an interview with Nupur Bang, senior researcher, Centre for Investment at the Indian School of Business (ISB).

Tell us about your journey from a degree in operations research to becoming a hedge fund manager.

After graduating from IIT-Powai, I went to the US to earn a Master’s Degree in Operations  Research. In the late 70s, US investment banks were starting to use a lot of quantitative techniques and this attracted many analysts. For example, Salomon Brothers  had a number of nuclear physicists and PhDs in mathematics on board. Like many others, I also turned  my attention to Wall Street and joined Salomon Brothers. I was initially in the systems development department developing  quantitative  models.  I  quickly  realised that the heart of the firm was on the trading  floor, but I had never studied either finance or economics. I decided to return to university  and learn  as much as possible  about  these subjects.  I became  a PhD student at Columbia  University  and my thesis topic was “Foreign Currency Option Pricing.” While I was doing my PhD, I continued to work part-time in the economics research department  of Salomon Brothers, which was headed by the legendar y Henr y Kaufman. My years at  Salomon  Brothers   were  a tremendous learning experience.

In 1998, the firm was bought by Smith Barney and then merged with Citibank. It went from being a 6,000-people  company to a 160,000-people  global conglomerate. It was such a large cultural  change that five of us left  Salomon and started our  own hedge fund called Rubicon.

What is the thought process behind your global macro strategy?

Global macro strategy is principally  about macroeconomics.  There  are always imbalances in global  economies.  The  idea is to tr y and  locate  if there  is a macroeconomic   dislocation  or imbalance somewhere. Economic  policies are often designed to achieve certain political  goals. European integration is a classic example where the idea of a single currency has ver y strong political  desires supporting  what is arguably an imperfect economic policy. This situation has turned  Europe  into  a classic global macro trade that many types of global macro fund  managers have taken advantage of for the last two decades.

The existing global financial crisis that started in

2008 is another example of global macro imbalances that resulted in ver y large dislocations in the financial markets.  This  crisis  is  still playing  out and  may continue to play out for another five or ten years.

The  investment  strategy then  focusses on instruments  and positions  in the financial  markets that would benefit from further evolution of the crisis.

How do you identify imbalances?

There  are  three  main  financial  markets  that we track: one is the equity market, the other is the interest rate or the bond markets, and the third is the foreign  exchange market.  They all tend to react to a given crisis  at different  times.  The  pricing  or valuations in these markets allow us to take positions to benefit from the evolution of the expected crisis.

Equity  markets  and currency  markets  are ver y difficult because there  are many different  players in these markets  who  buy  and sell for ver y different reasons. If you take the foreign  exchange markets, there  are short-term   speculators, investors making medium-term  investment decisions and importers and exporters.  Thus, it is much  harder to identify which flows are occurring and which flow is dominant.

As macro managers, we look to identify an imbalance in the policy framework. As fund managers, we want asymmetry. For instance, if there is a recession and policy makers have responded to it, then the chances are that the economy is going to start emerging from recession.

Similarly,  business cycles across countries  create opportunities. If the cycles in major  economies are desynchronised, it can create disruptions  in certain sectors, whereas if they are synchronised, some sectors will  get a tremendous boost. Once again, we turn  to in-depth  macroeconomic  research to understand these economic developments.

Movements in  capital flows, changes in  interest rates, economic  cycles — many of these variables would depend on social, economic and political policy making, would they not?
Yes. Policy  framework   is ver y important  for us. As macro managers, we look  to identify  an imbalance in the policy framework.  As fund managers, we want asymmetr y. For  instance, if there  is a recession and policy makers have responded to it, then the chances are that the economy is going to start emerging from recession. On the other hand, the asymmetr y would suggest that  the  chances of the economy plunging into deeper  recession are lower.  As a result, taking positions  with  that view has a higher  probability  of success.

How do you identify whether the policy framework supports or reduces the imbalance?
A typical business cycle (you can start anywhere in the cycle) is where the economy is in recession or going into recession. The monetar y authority will then start cutting interest rates and provide some stimulus. Often,  the fiscal authorities  will  also take some form of action. Sometimes, there are automatic stabilisers. As unemployment  starts rising, governments start providing  unemployment  benefits. That  means the government  is infusing more money into the economy. What  you have to do  as a global  macro  player  is to follow the capital flows and price actions to look for the signs of change and predict  when that is going to happen.

Can you give us a few examples of the sort of imbalances that you have seen in the past?
The last 10 years have been the  favourite  of global macro  fund managers   in  this   respect  –  where imbalances were  created  by economic policies that were put in place for political  reasons. There is no shortage  of such  examples.  China,   for instance, has a mercantilist policy where they intentionally encouraged investment  in the export  sectors and subsidised those investments so that Chinese exports became cheap and Americans would  buy them. That created significant trade and current account imbalances. Cheap Chinese goods kept US inflation under control. It tempered US inflation. US interest rates were lower  than they should have been; US bond yields through the nineties remained ver y low.

Let’s  take  the  case of  the  European integration

What were the imbalances and how would you take positions?
European exchange rates were pegged between the countries in the European Union, within a band, in order to achieve greater economic integration in the region. It followed that German and French interest rates were very similar. In 1990, when East and West Germany unified, capital flooded into Germany in search of opportunities, such as cheap labour and cheap assets.

Hedge funds are highly leveraged. Risk management becomes very important as margin calls could quickly go out of hand. How do you ensure the safety of your principal along with being leveraged?
Options offer a good tool for risk management. Buying calls is a safe bet as the initial investment is lower. If the bet goes wrong, you only lose the premium. And if you both buy and sell options, as we did in the case of Deutsche Marks and French Francs, the initial investment becomes even lower. The probability of losses are lower when taking positions in long calls. The gain could be considerable if the bet pays off and the situation starts

to turn. We often also use covered positions and stop losses to manage our risks. It is also important to realise that there are no free lunches. There is a cost associated with each alternative. These are tools for risk management.

You had a dream run at Rubicon for five years and then a couple of difficult years. When there is an imbalance, and you are correct in identifying it, how can you go wrong?
We were fortunate that after the NASDAQ crashed in 2000 and 2001, our strategy, “global macro,” became quite fashionable and we significantly grew our assets under management. By 2005 we were up to about US$3.5billion.
The problem with global macro is that while it may be relatively easy to identify the macro imbalances, it may be a long time before those imbalances begin to reduce. You first have to decide whether you want to bet on the imbalances continuing to grow, or on the likelihood that something will soon happen to reduce these imbalances since they cannot be sustained forever. It sometimes takes a very long time before the imbalances and the markets turn. Therefore, when we start taking positions with a view that the turn will come soon, we need to be patient and also take positions in such a way that we do not lose a lot of money while we wait for the markets to do the right thing – or what we think is the right thing. In the mid-2000s, the US housing market was booming. By 2005, we were convinced that it had gone too far; thus, we started shorting the US housing market in late 2005 – a little bit too early. It wasn’t until the middle of 2007 that it really started to turn. We had a couple of difficult years. It is a part of the ups and downs of the business.

What is your outlook for the coming years?
The US economy is starting to grow, but slowly. The risk of a fiscal cliff continues to hang over their heads. Emerging markets have relatively more healthy fundamentals, but the risk of a Chinese hard landing remains. Europe continues to be in recession and will continue to have very low growth for many years. The global monetary policy will remain loose to stimulate developing economies for several years as well. I feel that there are opportunities in fixed income instruments of countries with lower default probabilities and in a sub-set of emerging markets. In equities, one ought to look at companies with resilient earnings, low leverage and high dividends. 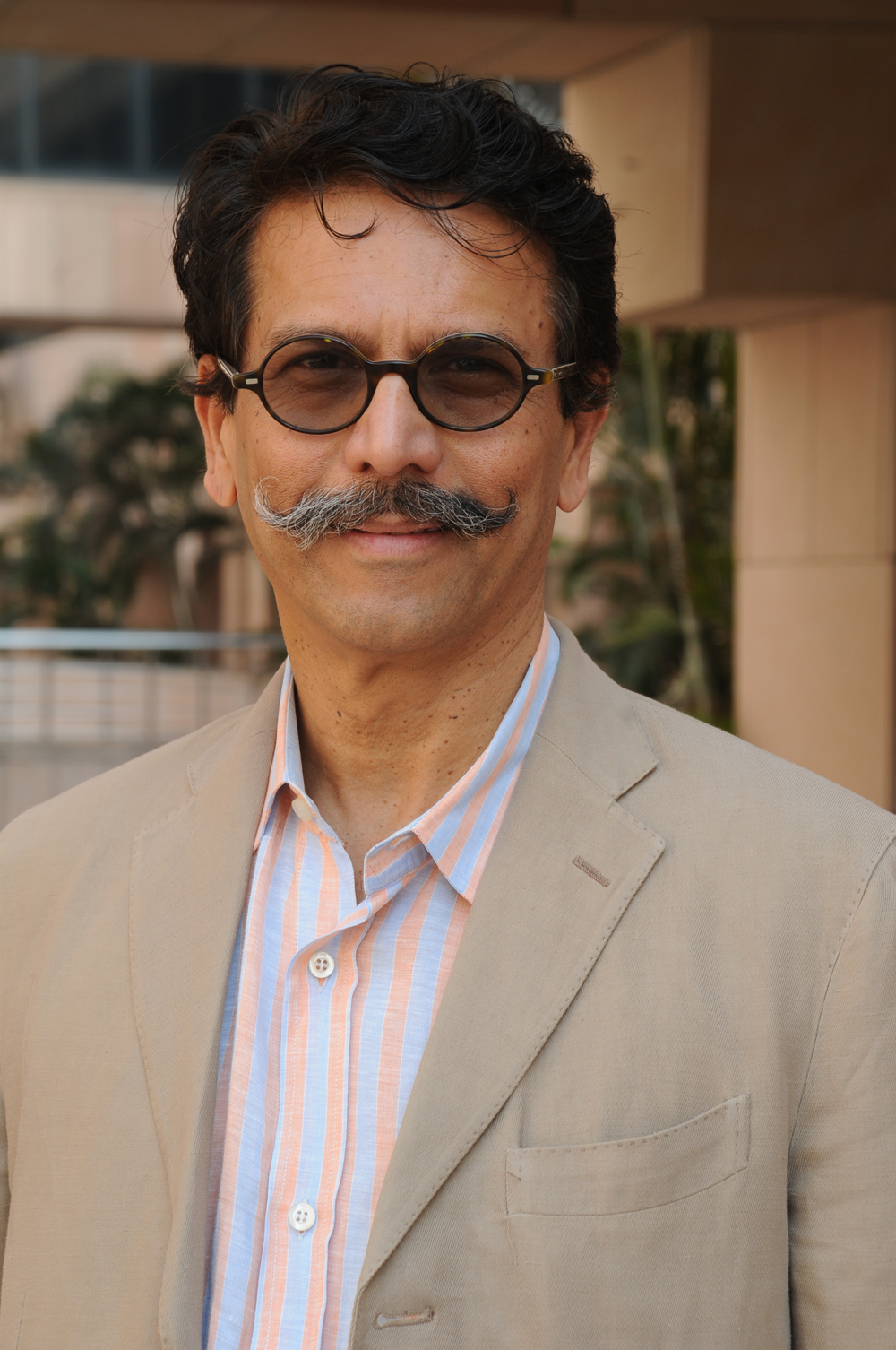 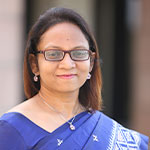