Impact Investing: Harbinger of a Brighter Future and a Friendlier Bond Market?

Can proceeds from bonds pay for vaccines in poor nations? This article presents an overview of impact investing with special emphasis on social impact bonds.

Two decades on, the bond market seems no less intimidating. “An investor who went from the stock market to the bond market,” observes Michael Lewis in “The Big Short,” his account of the global financial crisis of 2007-09, “was like a small, furry creature raised on an island without predators removed to a pit full of pythons.”

Economic historians, understandably occupied with efforts to understand the crisis we now know was around the corner, can be forgiven for overlooking an event that may well take the edge off future crises: the International Finance Facility for Immunisation’s

(IFFIM) inaugural offering of bonds, which took place on November 14, 2006, in London and succeeded in raising $1 billion.
With some $70 trillion of bonds outstanding at the time, raising $1 billion may not seem like much, but there was something special about IFFIM’s bonds.

It was not their pedigree. IFFIM’s bonds were rated triple-A by the major rating agencies, but so were many others. Nor was it their price, for IFFIM’s bonds cost about as much as other sovereign and supranational issues.
What was unusual was that the proceeds of IFFIM’s bonds would pay for vaccines and health services in 72 of the world’s poorest countries. If its mission to raise $4 billion is successful (and later issuances have already brought the cumulative total to $3 billion), IFFIM will have succeeded in protecting 500 million children through immunisation.

That’s Impact Investing
There are, of course, more meticulous definitions. Jessica Freireich and Katherine Fulton of the Monitor Institute, a think tank, define impact investing as “actively placing capital in businesses and funds that generate social and/or environmental good and at least return nominal principal to the investor.” In 2009, Freireich and Fulton estimated that impact investing could, over the next five to ten years, grow to account for 1% of assets under management worldwide-about $500 billion.

Another way of getting to grips with impact investment is to ask how much money could be invested profitably in businesses serving those to whom C K Prahalad drew attention in “The Fortune at the Bottom of the Pyramid.” One team that took

this approach was led by Nick O’Donohoe of J P Morgan and Antony Bugg-Levine of the Rockefeller Foundation. They defined impact investments as “investments intended to create positive impact beyond financial return” and found that “the market opportunity for (impact) investment is vast.” Even though they examined only five sectors of special importance to those living on less than $3,000 per year (water, health, housing, education and financial services), the researchers concluded that, over the next ten years, these sectors could absorb $400 billion to $1 trillion in capital and generate $183 billion to $667 billion in profits.

The emphasis on profits is no accident. “We raise charitable funds,” writes Jacqueline Novogratz, founder of Acumen Fund, a pioneer among impact investors, “but instead of using the money for giveaways, we make careful investments in entrepreneurs who are willing to take on some of the world’s toughest challenges. We’ve seen what can happen when an entrepreneur views the market as a listening device that reveals how to tailor services and products to the preferences of low-income people who are viewed as consumers, not victims. The entrepreneurs are driven to build systems that can eventually sustain themselves and, ultimately, serve a wide swath of the population. The returns on such investments can be enormous.”

Its ability to deliver benefits on a large scale is the wellspring of impact investment’s appeal. “If the goal was simply to provide clean water to a single village in Ghana, or to provide better education in a single community in India, charity and government subsidy are up to the task,” notes Antony Bugg-Levine. “But if the goal is to provide clean water to the billion people in the world who need it, or to close the education gaps not just in one village, but in all the villages and slums of the world, we don’t have the luxury to work alone, without the private sector and for-profit investors.”

Social impact bonds can tackle problems that governments find hard to solve, because elected officials find it harder to fund prevention than cure.

Few markets bring together so many for-profit investors as the bond market. In that staid world, IFFIM’s inaugural offering was the first sign that things were changing. The United Kingdom, which was instrumental in setting up IFFIM, launched an even more audacious experiment in 2010, introducing

Take recidivism, for example – the problem of repeat offenders. In the United Kingdom, 60% of those jailed for less than 12 months end up back behind bars within a year of their release. Cutting recidivism by 20% would allow the government to close four prisons in five years, saving money and helping society.

In 2010, an organisation called Social Finance raised £5 million (about $8 million) by issuing bonds to investors. It handed over the money to the St Giles Trust, which counsels offenders while they are in jail and helps them find work when they get out, reducing recidivism by as much as 40%. The trust will put the money to work at the Peterborough prison in Cambridgeshire. If it fails, investors get nothing. If it cuts recidivism by 7.5%, investors start to see returns. And if it does better, the United Kingdom’s justice ministry will pay more, up to a maximum of 13%.

This could be the next big thing in impact investing. Social impact bonds can tackle problems that governments find hard to solve, because elected officials find it harder to fund prevention than cure. David Robinson, a member of the Prime Minister’s Council on Social Action in the United Kingdom puts it thus: “It is difficult to get rid of the ambulance at the bottom of the cliff in favour of a fence at the top.” With social impact bonds, taxpayers pay nothing if society does not benefit.

As it happens, ambulance service offers a good example of another approach to impact investment, one that combines debt and equity. Between 2007 and 2009, Acumen Fund lent some $120,000 to, and bought shares worth $2.5 million from Ziqitza Healthcare, which started as an ambulance service in Mumbai and has expanded to Kerala in southern India and Bihar, Punjab and Rajasthan in northern India. Ziqitza’s charges vary depending on the patient’s ability to pay, as revealed by the choice of destination. The poorest patients, usually those seeking admission to the general wards of government-run hospitals, pay half the standard fare. In some cases (roughly one in five), they pay nothing at all. Ziqitza has answered more than 100,000 calls since its launch in 2005 and has won more than $80 million in government contracts. Its social impact is large and growing.
From the $3,000 million raised by IFFIM to the $2.5 million put to work by Ziqitza, impact investments span a wide spectrum and early estimates of returns are rosy. Michael Ridge of Frontier Economics, a consulting firm, undertook an independent evaluation of a pilot project by the St Giles Trust. “For every £1 spent,” he found, “there is a return of £10 in terms of the savings associated with reduced re-offending.”

Even the United States, the world’s largest and most liquid financial market, is ready to embrace social impact bonds, complete with a Madison Avenue-style rebranding: in its budget proposal for fiscal 2012 the Obama administration set aside $100 million in seed money for what it calls “Pay for Success” bonds, which would be used to improve job training, education, juvenile justice and care of children’s disabilities.

Without such enthusiasm, early efforts may falter, but such enthusiasm must be tempered with caution, for pilot projects are hard to assess and harder to scale up. Nevertheless, innovations like social impact bonds deserve attention. In the words of Toby Eccles of Social Finance, the organisation behind social impact bonds, “This has the momentum to build into something significant.” 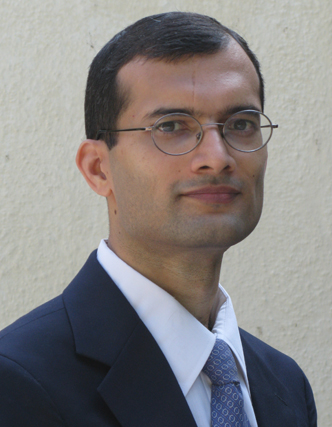