Going to Pieces? Go for a Walk

By Glory George
in Past Issues, Ideas

Overwhelmed with emotion? Lisa Feldman Barrett has a simple solution in this incisively researched book: Move. Movement and changing context help recategorise how you feel.

How Emotions Are Made: The Secret Life of the Brain
By Lisa Feldman Barrett Pan Macmillan, 2018

Do happiness, fear and other emotions have unique, universal, biological fingerprints? Have emotions been passed down to humans through evolution?

These are the questions Lisa Feldman Barrett, University Distinguished Professor of Psychology at Northeastern University and Co-Director of Boston’s Interdisciplinary Affective Science Laboratory sets out to answer in her book How Emotions Are Made: The Secret Life of the Brain.

Barrett argues that our classical view of emotion is wrong. Emotions are not fixed or guaranteed outcomes of our biological nature. Instead, they are constructed in our minds based on perception. They take different forms in different cultures.

Emotions are not fixed or guaranteed outcomes of our biological nature. Instead, they are constructed in our minds based on perception. They take different forms in different cultures.

Through numerous experiments and a comprehensive review of the research in the area, Barrett offers a more nuanced explanation of how our minds construct, from moment to moment, our own emotions and perceptions of others’ emotions.

One could not ask for a better guide to the murky terrain of emotion than Barrett. Barrett’s work has been published in Science, Nature, Neuroscience and other top psychology and cognitive neuroscience journals. Not only does she hold appointments at Harvard Medical School and Massachusetts General Hospital, she was also awarded the National Institutes of Health Director’s Pioneer Award for her research on emotions in the brain.

Clearing away commonly held misconceptions about what emotions are, where they come from and most importantly what they are not, How Emotions Are Made provides a provocative and insightful analysis of the how our brains create our emotional lives.

Why is it important to get the theory of emotion correct? Barrett reminds us of a Gulf War story. Operation Desert Storm, as the war was called, claimed lives of 175,000 Iraqis and coalition forces. It started with the United States’ retaliation against Iraq for invading neighbouring Kuwait. At least in part, one cause was that Iraq President Saddam Hussein’s half-brother, who was reporting on the talks, misread the US negotiators’ body language and believed the US was not serious about attacking. The US Secretary of State, James Baker had verbally stated that if Iraqi forces do not vacate Kuwait, the US will attack Iraq. But President Hussein’s brother paid more attention to the calm non-verbal communication. Believing that James Baker was not angry and that the Americans were not serious about attacking Iraq, President Saddam Hussein instructed Tariq Aziz, the Foreign Minister of Iraq negotiating with James Baker, to stand his ground. Six days later, the US launched Operation Desert Storm.

The failed $900 million Screening of Passengers by Observation Techniques (SPOT) training programme for the US Transportation Security Administration (TSA) agents furnishes another raison d’être for Barrett’s study of emotion. Analyses found that 80% of those pulled from security lines were immigrants and minorities. Aimed at detecting deception and assess risk based on facial and bodily movements, SPOT instead resulted in racial profiling of air passengers.

More commonplace examples of misjudged emotions can also have catastrophic consequences. Since women are thought to be inherently more emotional than men, when women complain of chest pressure and shortness of breath, they are more likely to be diagnosed with anxiety and sent home. In the same situation, men are more likely to receive lifesaving preventive treatment. The result? Higher rates of mortality in women due to misdiagnosis of heart attack symptoms by doctors.

Since women are thought to be inherently more emotional than men, when women complain of chest pressure and shortness of breath, they are more likely to be diagnosed with anxiety and sent home… The result? Higher rates of mortality in women due to misdiagnosis of heart attack symptoms by doctors.

As Barrett reiterates, emotions have no consistent patterns in facial movements, body posture and gestures or voice.

How Emotions Are Made

That brings us to our next question – how are emotions made?

Consider the last time you gazed at a vivid sunrise or sipped a cold glass of water when you were hot and sweaty. Contrast these moments with the last time you were sick with a cold or just had an argument with a close friend. These simple pleasant and unpleasant feelings are a result of what Barrett calls interoception. Interoception is the brain’s representation of all sensations from the internal organs and tissues, the hormones in the blood and the immune system.

Our brains are designed to do numerous physiological activities at once. How our current affective state affects us is a function of two dimensions. One is valence – how pleasant or unpleasant you feel. The second is arousal, i.e., how calm or agitated you feel. Interoception is the process by which our brains determine what to care about and what to categorise as meaningless noise.

Categorisation within our brains constructs every perception, every thought, every memory and every other mental event that we experience. This categorisation is not an effortful and conscious process. It is rapid, automatic, performed constantly by our brains, every waking moment, in milliseconds. Its function? To predict and explain the sensory inputs that we encounter. Categorisation is business as usual for the brain and it explains how emotions are made without requiring a fingerprint.

Consider a child wrapping their little arms around the mother for a big hug. Is it an emotional instance of fear or exuberance? To make meaning of this physical action, we need context. At the doctor’s clinic, it may connote fear. For a mother picking up the child after school, the hug may indicate exuberance.

Consider a child wrapping their little arms around the mother for a big hug. Is it an emotional instance of fear or exuberance?

What’s more, our brains have the capability to construct prototypes when we need them, on the spot. Categorisations are often deep-rooted in culture and ascertain when it is acceptable to construct an emotion in a given situation. The Gulf War story is a perfect example of this. Had James Baker looked fierce, banged the tables and shouted, there would have been no misunderstanding. A war could have been averted. People from different cultures pay attention to the context rather than the content of what is being said. Context includes the voice level, eye-contact, physical distance and posture and orientation of the body.

Barrett’s findings come with a caveat. Even though our brains construct our emotional experiences, they can still bowl us over in a moment. What can we do then to influence our future emotional experiences? How can we deal with the ambiguities of social life, the insecurity of work life and yet master our feelings?

Barrett’s answer is simple: Move. Simply get up and move around, take a walk in the park or turn on some music and dance. Moving our body changes our experiences. Changes in movement and context help recategorise how we feel. Barrett suggests the next time we feel those jittery butterflies in our stomach before a big speech, you need not to categorise them as nervousness. Instead, try to make the butterflies fly in formation and reconstruct them as an instance of determination. Recategorisation helps us master our emotions and regulate our behaviour.

Moving our body changes our experiences. Changes in movement and context help recategorise how we feel.

Barrett’s conclusion belies the mind-body dualism of Western philosophy. Our minds and our bodies are deeply interconnected. We are, therefore, the architects of our experience and the experiences of those around us.

Glory George is a Research Associate at ISB. 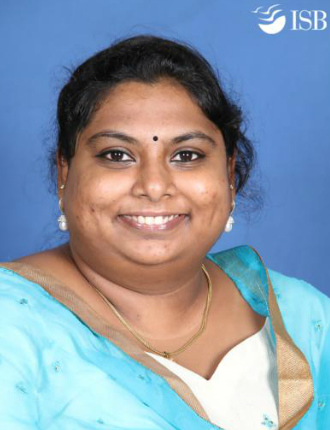 Glory George is a Research Associate at Indian School of Business.