Financial Inclusion: The Road Ahead

You have played a pivotal role in reinforcing financial inclusion during your tenure at the RBI. We can begin by addressing that issue broadly. There is a statistic by McKinsey indicating that in 2005, only 47% of India’s household savings was tapped by the financial system. How have we progressed since then?

I think that each statistic has to be used carefully and seen in comparison with the trend over a period of time. In March 2004, there were 59 savings and current accounts per 100 adult population – in March 2010, the number had risen to 92. The number of borrowal accounts per 100 adult population rose from 12 to 18 in the same period. This data shows a huge improvement in the population coverage of bank accounts between 2004 and 2010 but it does not necessarily mean that we have more inclusion – other indicators such as access in terms of distance, number of transactions per month, access to loans, etc, also have to be seen in conjunction with the number of bank accounts to determine how far we have come.

Responsible lending should go hand in hand with financial inclusion.

Do you think the financial inclusion debate and agenda in India today is appropriate in its emphasis? Are we focusing on the right issues, measures and priorities or are we missing the woods because of the trees?
The current focus is on reducing the physical distance and time or cost taken to reach a banking outlet, whether it is a branch or branchless agent. This is the right focus because without this we cannot, by any measure, have financial inclusion. We also need to increase people’s access to basic financial products. We must develop products that are suitable to the local communities and can be scaled up and made technologically compatible. We must also ensure that the IT-based solutions work without disruption and are ubiquitous. We also need to understand that the focus on JLGs (Joint Liability Groups comprise four to ten individuals who come together for the purpose of bank loan against mutual guarantee) and SHGs (Self-help Groups) does not imply losing sight of  household cash flows. Responsible lending should go hand in hand with financial inclusion. The BC model (the business correspondent model recommended by the RBI proposes that in areas inaccessible to banks, entities such as kiranas, retired teachers, PCO operators, petrol pump owners, and companies through their retail network, can be authorised to perform financial operations including opening and maintaining accounts) has to be developed, strengthened and demonstrated to be viable.

The truth is that the sheer easy availability of credit that can be used for any purpose, makes the low-income households borrow much more than their repaying capacity.

Given the fact that you spent almost four decades in RBI, what is your historical perspective on financial inclusion? Specifically, has Priority Sector Lending (PSL) as a tool for financial inclusion generated more costs than benefits?
Having interacted with some emerging market economies that gave up directed lending completely and having heard about their experience, the impression I got was that they wish they had not given it up completely; their banks seem to focus only in the cities and large towns and do not meet the needs of sectors, where the policy makers would really like to see the flow of credit and penetration by the formal financial services. Even if pricing is totally free, as is the case in these countries, there is a shying away from rural areas and low income sections of the population.

Whether the costs of PSL are more than the benefits, I think we need to undertake research on the risk-adjusted return of priority sector portfolio as compared to other sectors. My intuitive feeling is that within PSL, banks have focused on loans above `2 lakh (other than for crop loans where there is interest subvention). For loans up to `2 lakh, interest rate caps were in force till recently. In SME and retail trade, the interest rates are usually higher. However, the benefits and costs of PSL cannot be seen only in terms of risk-adjusted return. We also have to measure the impact on output employment and impact on human capital as housing and education are part of PSL. We also need to assess whether PSL requirement has led to crowding out of credit for non-priority sectors either through reduction in flow or through increase in interest rates and if so, the impact of this on GDP and employment.

The Malegam Committee reckoned that the problems in the microfinance sector were exacerbated by the fact that banks lent to these MFIs (Microfinance Institutions) as part of the priority sector lending norms. If banks have to seek MFIs to fulfill their PSL commitments, why not disband this via medium and let MFIs raise money competitively from the banks like any other corporate borrower?
Unlike other PSL, microfinance is not linked to any specific activity. The truth is – and this is now well-known – that the sheer easy availability of credit that can be used for any purpose, makes the low-income households borrow much more (especially for consumption) than their repaying capacity. Treating all loans to MFIs as eligible for PSL status has led to MFIs accessing concessional sources of credit and this drove up volumes and securitisation drove up values. If Malegam committee has chosen to retain PSL status for the portfolio complying with certain conditions, the reason is to ensure that the poor do get access to credit through this route while ensuring that the loan is linked to income generation and livelihood. The MFIs that do not meet the criteria will have to raise funds like any other borrower and this would be at higher interest rates.

Now that the RBI has accepted the Malegam recommendations, what should the MFIs focus on?
All lenders, whether NBFCs (Non-Bank Financial Companies), MFIs or even banks getting into retail low-income lending will be well-advised to keep track of household cash flows while taking credit decisions. They should also provide a session of financial education to the borrowers so that they understand the implications of over-borrowing, especially for consumption purposes.  Further, there is a need to insure against an incentive structure for borrowers, intermediaries and lenders that gives rise to irresponsible lending and irresponsible borrowing.

To rein in a few rogue players who may have charged usurious interest rates, is it an appropriate strategy to clamp down on the entire sector by imposing an interest rate cap of 26% together with substantially more operational procedures that would increase the MFIs operation costs significantly? Would it not lead to significant credit rationing and defeat the entire purpose of expanding financial inclusion through microfinance?
I don’t think so. Even MFIs who have commenced business only a few years ago agree that 26% is quite fair. The real issue is – which are those activities which give more than 26% to the borrower. If you lose sight of this, then the very act of lending does impoverish the household unless such loans replace the moneylender, who presumably charges much higher rates. Malegam Committee declared that if you are lending to the poor, you cannot get abnormal profits or margins but you will get reasonable gains. The reduction in costs and interest rates has to come through economies of scale.

Given the state of repayments that Andhra Pradesh – the heartland of microfinance – has sunk to great depths, how do you think policy makers and players can resuscitate the sector here and elsewhere? What are your thoughts on reducing the debilitating effect of political risk in this sector?
I think that those lending to the poor have to understand the “political-finance” nature of such lending and have to be sensitive to it. Currently, banks and MFIs are engaged in the restructuring exercise – similarly, there has to be a debt restructuring plan for each household to enable the households to be eligible for fresh loans. Elongation of loan repayment schedule – with no write-off of principal will convey a signal that is conducive to the credit culture – and ensure that the indebted household still remains linked to the formal sector.

What are your views on the role of large financial institutions such as National Bank for Agriculture and Rural Development (NABARD) and Small Industries Development Bank of India (SIDBI) in moving the financial inclusion agenda in the coming years? Is RBI contemplating to add force to the drive?
NABARD and SIDBI have an important role to play in the sector as real financial inclusion calls for ways in which a large number of borrowers are reached in the agricultural, allied and MSE (Micro and Small Enterprises) sectors. Particularly, they will need to focus on areas (especially geographic) that are severely excluded. Their interventions will have to look at developing and supporting forward and backward linkages, apart from developing rural infrastructure that will improve the absorptive capacity for credit and generate more income and employment. I cannot speak on what the RBI is contemplating.

All lenders, whether NBFCs,MFIs or even banks getting into retail lowincome lending will be welladvised to keep track of household cash flows while taking credit decisions.

Urban Cooperative Banks (UCBs) have received relatively less attention as instruments of financial inclusion. What are the roadblocks and how can we make these banks more effective?
Big or small, only strong banks can deliver financial inclusion. Hence the first task is to ensure that all banks are strong and sound – this has been the RBI’s agenda. I don’t agree that UCBs have received less attention as instruments of financial inclusion. In fact, the justification for allowing strong banks in this sector to grow is to get the benefit of their business model, which is typically meeting the needs of the small businessman, the small trader, the household member for their emergent needs, as these banks cater to that section of the society, which normally commercial banks don’t reach out to. But the UCBs are now meeting competition in their own backyards and have to be very nimble to survive and grow. The major limitation for UCBs is the constraints they face with regard to raising capital so they have been able to grow only as much as their retained earnings have allowed them to.

Banks such as the SBI have tried a plethora of options – BC/BF (Business Correspondent/Business Facilitator), technology-equipped kiosks and branch expansion to reach out to the rural unbanked. But old style branching still seems to work best. Are there fundamental flaws with the BC/BF approach, or is the individual bank’s execution at fault?
I don’t think the model has had a fair trial as yet – I am sure with the relaxations made last year, there is a business model in the BC concept. As the business grows at a BC outlet, the benefits and costs will determine whether the bank will choose to continue with the BC or open a branch.

Finally, urban financial exclusion seems to be a persistent problem with its own set of challenges. How can the banks do more in this space? What would the role of other non-bank institutions be?
The biggest challenge here is the KYC (Know Your Client) issues and how to ensure that the borrower does not disappear. Ultimately, there is no substitute for credit information bureau/registry system, which is comprehensive, ubiquitous and effective. There is a dire need for some transferable rights for housing loans for urban poor that banks require. Also, when dealing with migrant communities, the approach should be holistic and sensitive. Mobile banking and cashless payments will go a long way in promoting financial inclusion. 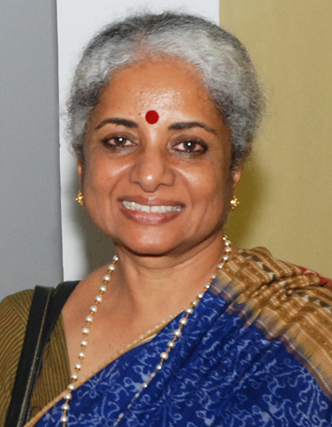