Professors Art Durnev, Larry Fauver and Nandini Gupta present a summary of the findings of their textual analysis of gubernatorial speeches in the United States and find a positive association between the level of optimism expressed in the speech and abnormal returns of firms headquartered in that state. They also find that a more optimistic gubernatorial speech is associated with an increase in investment and employment of firms located in that state, whereas a more pessimistic speech is associated with a decline in investment and employment. Moreover, political rhetoric was more informative during the recent economic crisis, when government policy had a greater impact.

“Gerald Ford wasn’t known as a particularly great communicator. But whatever his reputation for awkwardness, each of Ford’s three State of the Union addresses to the nation was rewarded by the stock market the following day…”
– “History of Market Responses to the State of the Union,” Wall Street Journal, January 24, 2011.

Do politicians’ speeches contain new information that may be useful to investors and firms? Or are speeches simply uninformative cheap talk ignored by market participants? Describing Governor Eliot Spitzer of New York’s first State of the State address, the New York Times noted, “While some of the proposals were outlined during his campaign, in his speech to lawmakers he offered several new initiatives and promised to accomplish others during his first year in office” (“Spitzer Requests Sweeping Array of New Measures,” The New York Times, January 4, 2007). Using data on gubernatorial political speeches in the United States, we investigate whether political speech is informative for firms and investors.

The tone and content of a political speech may indicate the politician’s views on the future of the state’s economy, and, provide information related to government policies that may affect firms. Political speech may also decrease uncertainty regarding government policy on issues such as taxation, subsidies, education, which can affect asset values, investment, and output decisions. Conversely, political speech
may be uninformative rhetoric reflecting a political agenda, or may simply reproduce information already known to investors and firms.

Using a hand-collected, unique sample of “State of the State” gubernatorial addresses between 2002 and 2010, we examine the response of investors and managers of firms to the addresses given by governors of the states in which the firms are located. The State of the State address is an annual speech presented by the governors of most states of the United States to a joint session of their state legislatures. [See Durnev, Fauver, and Gupta (2013) for a detailed description of the data.]1

We use a textual recognition technique to describe the tone and content of the speech, categorising its language by its expressions of “Optimism,” “Pessimism,” “Certainty” and “Activity.” Optimism is expressed in positive, endorsing language; pessimism in words reflecting hardship and denial; certainty in language revealing inflexibility and infallibility, and activity in language describing tangible matters that
affect daily life.

Political speech may also decrease uncertainty regarding government policy on issues such as taxation, subsidies, education, which can affect asset values, investment, and output decisions. Conversely, political speech may be uninformative rhetoric
reflecting a political agenda, or may simply reproduce information already known to investors and firms. 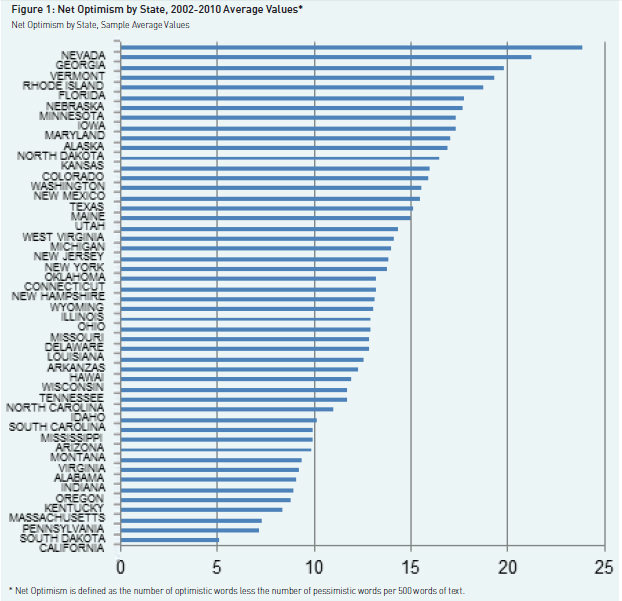 We observe 5,721 firms from 2002 and 2010, and, based on the location of their headquarters, examine their response to the tone of the speech. In particular, we use an event study methodology to examine the one-day and three-day abnormal returns of firms located in a state after the political speech date. We also consider the hiring and investment decisions of firms in response to the tone of the speech.

We collect gubernatorial State of the State speeches for all the 50 states from 2002 to 2010, for a total of 388 state-year observations. The average length of a speech is 4,360 words. Governors of most states typically deliver their State of the State addresses on an annual basis; however, governors of some states choose not to give an address, while in a handful of states, governors give their speeches every other
year (for example, in Texas, North Dakota, Nevada and Montana, the state legislatures gather every other year). The average number of speeches per state is eight. The maximum number of speeches for a state is nine and the minimum is four. During our sample period, there were, on average, three gubernatorial elections per state (36 states mandate term limits for their governors).

To identify the tone of a political speech, we employ a statistical software package known as DICTION 6.0. This computer-aided text analysis programme utilises a set of dictionaries to search for five semantic features –– Activity, Optimism, Certainty, Realism and Commonality, as well as 35 sub-features. DICTION performs its search activity through a 10,000-word corpus and any amount of user-created custom dictionaries for specific research requests. Optimism likely reveals language that endorses some person, group, concept or event, and/ or highlights their positive accomplishments. This variable potentially identifies the positive policy plan of the governor. The variable is calculated as the number of words per 500 words of text that express praise, satisfaction and inspiration. For example, the words “successful,” “pride,” and “patriotism” convey praise, satisfaction and inspiration, respectively. The average number of optimistic words (per 500 words of text) in a speech is roughly 22. Alternatively, Pessimism is determined by the number of words (and possibly negative future policy) that express blame, hardship and denial per 500 words of text. For example, adjectives such as “malicious” suggest blame, words such as “unemployment” or “bankrupt” convey hardship, and negative contractions or functions, such as the word “nothing,” are associated with denial. The average number of pessimistic words per 500 words of text in a speech is nine. We define Net Optimism as
the difference between the number of optimistic and pessimistic words in a speech.

Figure 1 summarises the degree of optimism 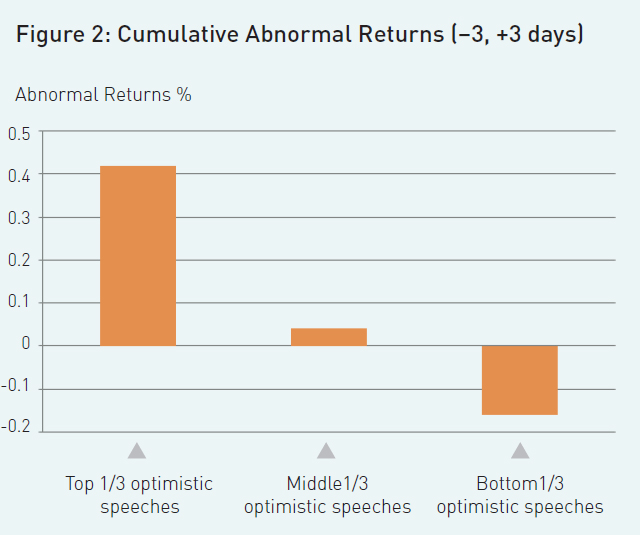 Firms that obtain state government contracts signifi cantly increase investments if the budget-related parts of the speeches are more optimistic. Providing additional corroboration that political speeches are informative, we fi nd that companies that are more dependent on skilled human capital signifi cantly increase investment expenditures if the education-related part of the speech is more optimistic. 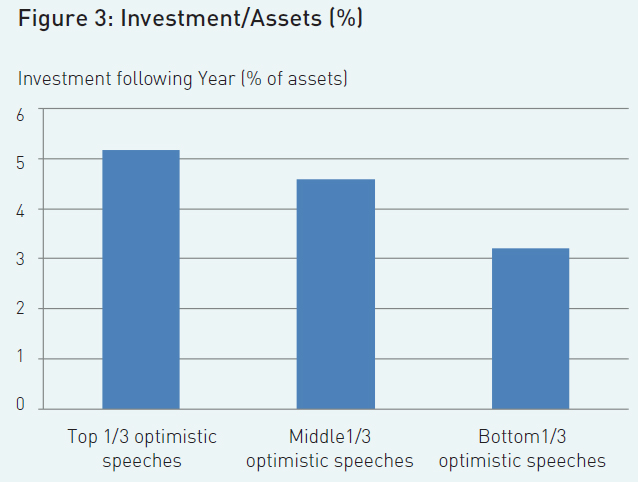 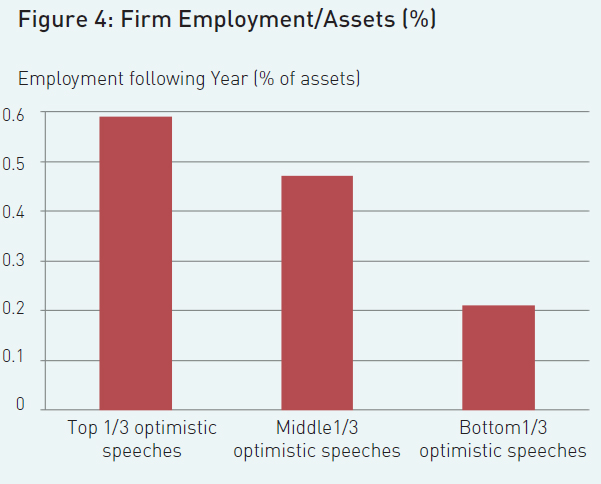 Our results indicate a positive and statistically significant association between the level of optimism conveyed in a State of the State speech and the abnormal returns of firms located in that state (the results hold after accounting for information leaked in state newspapers prior to the speeches, firm size, speech length and the economic health of the state). Figure 2 summarises this result. If we split the sample according to optimism terciles, the 7 day cumulative abnormal returns around the date of the speech, are positive 42 basis points for firms located in states where the gubernatorial speeches ranked in the upper tercile in optimism, and negative 16 basis points for firms located in states where the speeches ranked in the lower tercile of optimism.

The results indicate that political speech may also have an impact on the real investment and employment decisions of firms. According to Figure 3, in the year following the speech, firms located in states where the governor gave a more optimistic speech (the upper tercile of optimism) invested 2% more of their capital (relative to total assets) compared to firms located in states where the governors gave a more pessimistic speech. Similarly, according to Figure 4, firms in states with more pessimistic speeches employed 0.4% fewer workers than firms in states with more optimistic speeches. Note that in Durnev, Fauver and Gupta (2013), we show that these results do not change even controlling for firm, political speech, and state characteristics.

We conduct additional tests to explore other channels by which political speeches may affect investors and firms. Specifically, we classify speeches according to the types of policies they mention by manually identifying the parts of a speech that relate to the state budget, infrastructure, and university education funding. We then identify firms that obtained state government contracts in that year. The results show that firms that obtain state government contracts significantly increase investments if the budget-related parts of the speeches are more optimistic. Providing additional corroboration that political speeches are informative, we find that companies that are more dependent on skilled human capital significantly increase investment expenditures if the education-related part of the speech is more optimistic. These results are further described in Durnev, Fauver, and Gupta (2013).

We also study variation in the political structure of states, such as term limits for governors and the party affiliation of the state governor. Regarding term limits, we hypothesise that a governor in his/ her last term may not set the future policy agenda, and therefore, may deliver a less informative speech. In our sample, 36 states have term limits, and 45% of governors in a given year face term limits. Supporting the hypothesis that political speech contains information about future policies, we find that markets and companies largely discount the speeches by retiring governors who will not set the future policy agenda for the state.

Another interesting result arises when a state’s governor belongs to a different party than the president, especially during presidential election years. We observe that such governors may tone down their rhetoric; that is, the tone of their language becomes more neutral. Consequently, the market response (abnormal returns and firm investment and employment) to such speeches is weaker. This is consistent with recent anecdotal evidence, such as the January 12, 2012 article, “G.O.P Governors Soften Tone,” in The New York Times: “which noted that with a presidential campaign unfolding, some Republicans worry that overreaching at the local level, particularly in swing states, would make it harder for them to win in November.”

The empirical findings from the State of the State speeches given by United States governors indicate that:

(i) Political speeches that are more optimistic are associated with greater abnormal returns, investment and employment for firms located within those states;

(ii) Firms with greater human capital, firms doing business with the government, and firms with concentrated sales within a

(iii) The impact of the speech is greater when economic uncertainty is higher. Our results suggest that political speeches are informative and contain information that is relevant for firms and investors.

1  The following studies have looked the relationship between political speech and economic and financial outcomes in greater detail: 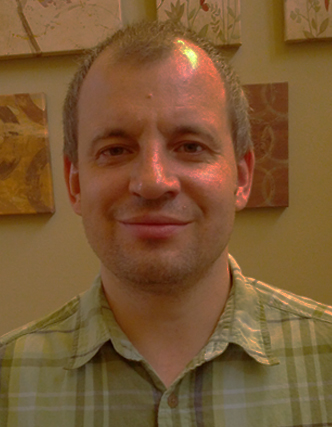 Associate Professor, Department of Finance, Henry B. Tippie College of Business, The University of Iowa. 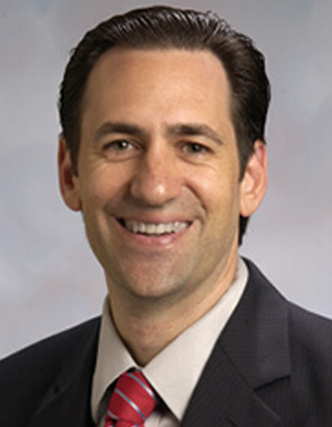 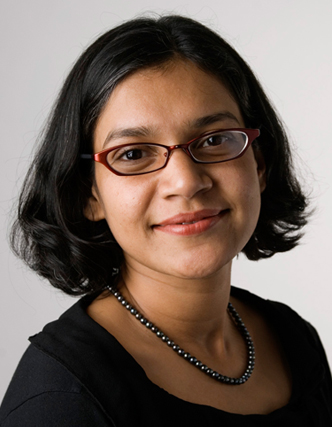