Entrepreneurial Firms: Coast On or Cash Out?

The typical entrepreneur dreams of creating a business that creates wealth; however, he can only do so if he survives to see his idea blossom. Further, the more accomplished he is, the more likely he would like his idea to blossom fast, even if it means risking failure by trying to get too big too soon.

Entrepreneurship takes a variety of forms. While some launch startups for want of better options, others launch startups to create wealth, even though they might have substantial outside options. It is indeed the latter that defines modern Silicon Valley style entrepreneurial activity. Professor Anand Nandkumar explains, “We often tend to combine two types of entrepreneurship into one category. The first type is typically those who don’t have many outside opportunities and for whom entrepreneurship itself proves to be a kind of self-employment. The other type is the one which we typically dream about as aspiring entrepreneurs. They have significant outside opportunities but are drawn to entrepreneurship by virtue of having a very good idea. It is more or less the latter that creates wealth. Understanding which strategies systematically determines their performance is hence very important.”

Entrepreneurs with a high-opportunity-cost prefer a shorter time to success (or failing more quickly), whereas entrepreneurs with fewer outside alternatives will choose less aggressive strategies, and, consequently, linger on longer. In this research, the authors assume that there are essentially two possible outcomes for a startup. It can fail or it can succeed in a big way through an IPO or an acquisition on very favorable terms. Both of these outcomes are treated as “absorbing states”; if neither happens, the fi rm merely survives for another period. By systematically linking the outside options that an entrepreneur might have with both failure and cash-out, Professors Nandkumar and Arora throw light on how the motives with which entrepreneurs start firms relate to subsequent performance. The authors thus depart from the common practice in the literature of using survival as a measure of entrepreneurial performance, which obscures the relationship between entrepreneurial characteristics, entrepreneurial strategies, and outcomes.

Given this departure from earlier streams of thought by not treating survival as desirable in itself, one has to understand what motivates this exit. Many entrepreneurs are very accomplished and have signifi cant outside opportunities. Professor Nandkumar explains a “Entrepreneurs with significant outside opportunities are willing to risk failure at the cost of trying to succeed early. These high opportunity-cost entrepreneurs are interested in ventures with substantial “upside” potential, which if not quickly realised, goads them to try their hand at something else rather than linger on in a venture with modest prospects.” Thus, it systematically links personal objectives of entrepreneurs with the performance of the firms they create.

Survival, with an opportunity cost, merely keeps startups alive with the option of trying for a cash-out later. But striving for a cash-out too soon also increases the risk of failure: while trying to succeed too soon, startups could dry out the cash too soon as well. Also, haste may make waste, and entrepreneurs can make costly irrecoverable errors such as hiring the wrong set of people. The hand-collected, novel dataset of information security startups that entered the information security market (ISM) between 1989 and 2004, points towards entrepreneurs with high opportunity costs cashing out more quickly, aggressively establishing the potential of the ventures, and accepting a higher risk of failure.

Professor Nandkumar points out that the key defining feature of startup hubs such as Silicon Valley or Bangalore is the entrepreneurs themselves who have significant outside opportunities or high opportunity costs. Higher opportunity costs of entrepreneurship will also trigger more of this behaviour. What is alternatively proposed is that the outcome in any period is a result of an “investment” decision made by the entrepreneur in each period. Thus the authors suggest startups that fail quickly are also more likely to grow quickly while not suggesting that failing firms are poor-quality firms, and thus would grow less quickly—a key difference from previous thinking.

There are essentially two possible outcomes for a startup. It can fail or it can succeed in a big way through an IPO or an acquisition on very favorable terms. Both of these outcomes are treated as “absorbing states”; if neither happens, the fi rm merely survives for another period.

“Entrepreneurial opportunity cost is a case in point. On one hand such costs raise the threshold for staying on; on the other hand, they affect the strategies of entrepreneurs, which in turn affect measured rates of survival and cash-out. High-opportunity-cost entrepreneurs put less value on surviving to try again and, hence, care less about failure.” says Professor Nandkumar.

Anand Nandkumar is Assistant Professor of Strategy at the Indian School of Business.

Mridula Anand (MS, Stanford University) is a writer with the Centre for Teaching, Learning, and Case Development at the Indian School of Business. 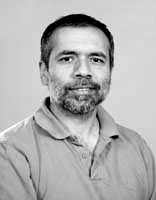