The mantra of winner-take-all appears to be the underlying economic assumption behind the flood of interest and investment in digital start-ups in the past few years, argues Professor Tejpavan Gandhok. Are winner-take-all online platforms really as inevitable as they are perceived to be, especially in e-commerce and online taxi hailing in India?

Over the past four years, entrepreneurship in India has seen a focus on copying Silicon Valley digital models. The chief features of this start-up landscape have included high capital consumption by a mere handful of players to artificially hasten industry consolidation. Other dimensions include questionable investor returns and limited job creation. Going forward, there is clear need to consider more capital-efficient and effective approaches to foster millions of start-ups, rather than merely a few thousands. The objective should be sustainable livelihood creation on the scale that India needs, with stronger multiplier effects for the economy.

Why has so much attention and investment focused on digital start-ups? That investors merely ‘followed the herd’ is the most commonly discussed behavioural explanation. However, given that billions of dollars have been invested across multiple rounds by several investors, a widely held economic assumption may underlie the big bets. The oft-repeated mantra of ‘winner-take-all online platforms’ in investors’ public statements and popular discourse represents the key underlying economic rationale.

Winner-take-all outcomes occur when the dominant intermediator earns higher incremental revenues per user and the lion’s share of available value (Campbell and Hulme 2001). This monopoly payoff is very different from that of a competitive oligopoly.

The Economics of Winner-take-all

Online platforms may emerge through a combination of scale and network effects. More users in a network can increase the value for other users, for example with facsimile machines, telephones, gaming consoles, alumni groups etc. These are the networks effects.

It is also true that digital networks, relative to physical networks, can enjoy more rapid scale-up and geographic reach at substantially lower capital intensity, as well as negligible marginal costs to serve incremental customers. These are the scale effects.

When added up, these effects can exhibit the relatively rare yet powerful phenomenon of increasing incremental returns on investment. Strategists and entrepreneurs undoubtedly need to better understand the economic rationale that enables such outcomes. We must consider the relative merits of multi-sided platforms as opposed to conventional pipeline or intermediation approaches which do not allow for direct supplier-customer interactions. The seminal 2016 Harvard Business Review article by Van Alstyne and others defined ‘pipelines’ as businesses that channel goods or services to consumers. In contrast, ‘platforms’ such as Uber or Ola allow consumers and producers to connect. Do platform approaches especially favour winner-take-all outcomes?

Rather than assuming that winner-take-all outcomes are inevitable in all online platforms, it is important to critically examine their relevance and applicability in specific contexts. For example, in the Indian context, will e-commerce and online cab hailing indeed end up with winner-take-all platform outcomes? Are the actions of investors in shaping such outcomes in the long-term interests of the economy and consumers? Or is this more a case of a few smart investors deliberately funding cash-burns of billions of dollars in operating losses to artificially raise barriers to entry and induce rapid consolidation to cosy duopolies?

The latter appears a plausible explanation of the fairly rapid observed consolidation of online cab-hailing aggregators in most markets. For example, consider Uber-Lyft in the United States (US), Uber-Grab in South-east Asia and Uber-Ola in India. Only a handful of big pockets – Tiger Global, Softbank, Ali Baba and Tencent – have funded the billion-dollar plus annual cash burns of each player.

From an economics perspective, market structure and particularly monopoly outcomes depend on the fundamental advantages of scale economies, network effects, control over key resources, customer stickiness and/or regulatory barriers. Are any of these fundamental advantages upheld in the specific context of Indian e-commerce and online cab hailing?

Google and Facebook appear to be winner-take-all platforms in online search and social media respectively. However, they undoubtedly compete directly in the digital advertising market, which after all, is the important money side of their platforms.

Monopoly outcomes depend on the fundamental advantages of scale economies, network effects, control over key resources, customer stickiness and/or regulatory barriers. Are these upheld in the context of Indian e-commerce and online cab hailing?

The argument here, however, goes beyond the mere semantics of ‘winner-take-all’ versus ‘winner-take-most’. Unlike the cases of online search for Google or social media for Facebook where ordinary consumers do not pay anything for the service, in e-commerce and cab hailing, consumers pay for each transaction. In such a pay-for-service models, will consumers and regulators tolerate higher duopolistic prices? Will consumers not seek price comparing substitutes?

Despite the recent consolidation in the Indian context, how difficult will it be for other new entrants to enter into the online cab hailing or e-commerce market? Two scenarios are possible. In the first, these new entrants will also have the appetite to fund large operating losses while chasing the assumed future pot of last man standing valuation gold. Alternatively, they could enter once prices are high enough to make operating profits sufficiently attractive. For example, concerted duopolistic behaviour by organised retailers Coles and Woolworths in the Australian supermarket segment eventually prompted additional entrants and increased competition (Rice and Martin 2017). Similarly, in the Indian context, players such as Paytm or Jio could be seen as future new entrants into the cab-hailing segment. If millions of people search on Google for the same keyword at the same time, the search volume certainly does not negatively hinder users in any way. Indeed, it might actually help users, perhaps with better machine learning effects owing to more data. The same holds true for Facebook.

In contrast, beyond a threshold level of users, as Eisenmann and co-authors argued in a 2006 Harvard Business Review article, there can be negative “same side network” effects in online cab hailing. Drivers would not like having too many other drivers at a given location node at a given time. Similarly, riders may not like having all the riders in the city using their platform as that too can increase the probability of delays or surge price hikes at choke points. So in the case of online cab hailing, the prospect of perceived monopoly power and negative same-side network effects beyond a point could hinder the move towards a single dominant platform. Further, several recent analyses (most prominently, Horan 2016) suggest that Uber has no economies of scale, so their attempt to fund large operating losses to drive out competition has little fundamental economic rationale.

For e-commerce, the argument is that strong customer service along with the natural scale and scope monopoly effects that are necessary to make last-mile parcel delivery to homes profitable will eventually force a single dominant player. This argument seems farfetched. In most markets, FedEx, UPS, DHL and the nationalised postal services continue to slug it out even today. Given the challenges of managing large armies for local delivery, there is also the logic of outsourcing to multiple local aggregators of last-mile delivery agents. In other words, there may eventually be only a few national/ global players, but the prospects of significant local competition remain.

Is Winner-takes-all Likely in Other Online Categories?

Table 1 below shows that such winner-take-all dominance has also not played out in many other segments of online consumption, such as gaming, dating, travel and accommodation or music. This is despite the fact that many of these categories have been around for over 10 – 15 years. They have instead consolidated into oligopolies of three to five players with significant market share and intense competition, which is clearly a very different payoff than a near monopoly winner-take-all outcome. Also, such oligopolies are a fairly common observation in many traditional, physical businesses too, whether Colas or credit cards. They are not at all a new phenomenon.

As a case in point, consider the Indian online travel aggregators (OTA) category. Despite the recent consolidation efforts, there remain several players with significant market shares and not much observable sign of industry profitability. Let us also not forget competition from global sites such as Booking.com, Agoda, Expedia and others. Plus, there is the prospect of new local entrants such as Paytm, Jio etc. The leading player MakeMyTrip (MMT) has been NASDAQ-listed since 2010. But it continues to deliver significant operating losses for the past few years, with losses of about US$ 15 million per year in 2013-15. The quarterly operating losses were US$25 million in Financial Year (FY) 2016, US$ 45 million in 2017 and US$45 million for FY2018 (for quarters ending September), according to Company Investor Presentations 2017 and 2018.1 Why should online cab hailing play out any differently? The same questions apply to e-commerce, especially in indulgence, higher margin and impulse purchase categories, such as fashion.

Elsewhere, online platforms such as Twitter and LinkedIn appear to have achieved winner-take-all outcomes in their niche. However, this has not translated into significant monetisation or valuation benefits, compared to the scale of US and Chinese tech titans such as Google, Amazon, Facebook, Baidu, Alibaba and Tencent. Will investors value true user engagement or merely continue to chase growth in user numbers?

As a case in point, consider Indian online travel aggregators. Despite recent consolidation efforts, there remain several players with significant market shares and not much observable sign of industry profitability.

Google and Facebook have faced significant regulatory pressures on data privacy and taxation issues. However, competition regulators have intervened less to tackle head-on these companies’ market dominance, at least thus far. This lack of significant intervention seems to have been aided by Google and Facebook’s ‘free to consumer’ business models. Competition regulators traditionally tend to be driven more by evidence of price fixing in ways that adversely affect consumer welfare. Prices are clearly not implicated with an apparently ‘free’ service.

In the early stages of e-commerce and online cab hailing, the heavy discounting and subsidies have actually helped enhance consumer welfare. However, in these business models, consumers pay for every transaction. Any sustained attempts at duopolistic/monopolistic price increases will provide competition regulators a clear indication that their intervention is required.

A more critical examination of the winner-take-all mantra leads to interesting strategic implications. It also suggests alternatives to the prevailing dominant discourse on digital plays in India. Could e-commerce and taxi-cab hailing in India reach stalemate outcomes, where no player can earn returns above cost of capital? Investors are currently focusing on a few dominant, horizontal e-tailers, in other words, mass discounters that sell a very wide range of categories. Could there instead be a greater emphasis on a bouquet of niche, vertical, premium, indulgence, impulse, high-margin and lifestyle e-commerce ventures that focus on earning high returns and superior consumer engagement?

On the other hand, users in India have limited discretionary spending ability and willingness to pay. Will investors eventually give adequate consideration to these additional customer acquisition targets? If so, will this make the large Indian digital players reconsider their prevailing focus on burning cash to acquire millions more customers through excessive discounting? Could the focus shift instead to superior consumer engagement with higher value customers? These are interesting strategic alternatives, worthy of deeper reflection. 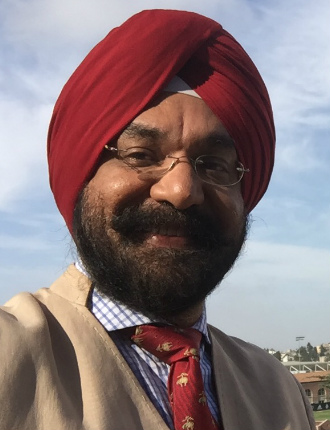