Krishna Tanuku: I would like to focus on India’s R&D landscape and its role in addressing broader challenges for India. What role do you see the research community playing in addressing the socio-economic inequities of the country?
While we are having a lot of measured economic growth in terms of GDP growth, we don’t seem to be including the progress of many people sufficiently. Something must change, the gap between economic growth and the pace at which people are being included will remain or might become even larger. And the consequences of it becoming larger on a critical side are quite severe. We have got a profound problem, but how do we change the pattern of progress in the country? What is the model by which we can have both inclusion and growth at the same time? People need to be educated much faster, and more people should have affordable and acceptable access to healthcare, food, water and sanitation. There is need for a new model to improve these various elements. It is too simplistic to believe that problems can be solved by converting scientific research into results through entrepreneurship because the policies required for such conversion are based on the theory of how an economy should be organised; so the two do interplay with each other very strongly.

Scientists of Indian origin have done particularly well overseas. But the same research community in the Indian context hasn’t quite done that well. Why this ironic contrast?
What do you actually mean by research and research community? We have a model in our head about researchers and what this community is that one should focus on. We think in very traditional western terms that to get innovation we need labs.

What about the grassroots innovation of the National Innovation Foundation?
India is not seen as the nation of innovation because what people elsewhere have been measuring regarding innovation is things – such as papers published, patents filed and PhDs produced – which they believe are essential ingredients of innovation. They ignore the informal sector, people who are working under constraints. Though people in this sector have no access to labs and money, they are making a difference. But economists have difficulty in measuring this real innovation phenomenon.

Yes, unfortunately the metrics of the formalised innovation infrastructure don’t factor in whether and how the research addresses society’s problems. What are your thoughts on helping define new metrics especially in terms of allocation of large outlets into the research area?
You are absolutely right. The big American companies created well-funded labs, such as the Bell labs or General Motors labs, away from their own production centers and away from their market. These labs staffed with the best scientists were told to think freely. Lots of Nobel Prizes in the hard sciences have been produced by such labs. But the companies that had set up these labs have gone down the tubes completely because there is no connection between what the labs are doing and even the customers of those companies let alone the rest of humanity. But then people justify it, and rightly so, to say that unless at the back end you have people who are free to change the theorems of thought you will not be able to get the new frameworks within which the new real solutions can be found. So we do need blue-sky thinking which is not quite connected necessarily.

I guess in the R&D we seem to be paying less attention to ‘D’, leaving the product and service development to the industry. This industry and research institution linkage is very weak.
Yes, it is left to the industry. In the ecosystem various functions have to be performed. You need a pure research function and a prototype testing which is experimentation. Then you need the business organisation model for the distribution. All these functions are required within the system. Perhaps a subpart of the system need not contain them all. We may well require multiple systems with strong linkages to each other.

Yes, and the constant feedback too.
Exactly. That is the ecosystem. So now, we have created the National Innovation Council arising out of some work that the Planning Commission did. We were doing our mid-term appraisal of the 11th plan when we recognised that while there is growth there is no inclusivity. We came down to saying that we need to look at the ecosystem for innovation in the country which would be situated as part of the ecosystem for innovation across the world. While there are things that are available elsewhere that we should take advantage of, there are things that need to be done here too. Now what are those things?

Not necessarily just the export part of it.
For me finding solutions for diseases like malaria and TB is more important than to merely be celebrated as being an ‘innovative’ company or country by the traditional western metrics of innovation. What we need to create is an ecosystem in which there is some fundamental research because this is a disease for which perhaps a molecule is not known yet. Ultimately in innovation, one big metric for me is doing more with less.

Even the corporate world has recognised that. As an example, when the GE Labs in the US was asked to produce an ultrasound machine at a lower cost they could only reduce by 20-30%. When a joint team in India and China was entrusted with that responsibility, they came up with a machine that was 1/10th the cost.
There is a point in that story which I would like to bring out. Yes in India people working with constraints have innovated and produced great results. This is a paradigm of innovation those companies were not used to. They were used to throwing money at innovation. They saw the ecosystem here in which you can get a solution at a lower cost. What was ‘Jugaad’ was looked down upon. It is only when someone like GE, a respected western firm, says “Ah this is good”; we begin to pat our back. This is one our problems that we want to justify ourselves by metrics and ideas which are foreign to our own system.

In addition, the National Innovation Foundation has recorded about 5000 indigenous innovations that solve local problems. Most of these innovations utilize local resources, local talent and generate value at lower costs. We need to collectively scale those innovations to benefit larger section of society.
That is the work that the National Innovation Council is addressing. There is no shortage of ideas in this country – ideas that can potentially solve problems. But the question is how do we take the benefits of the idea to many more people? What is missing in our ecosystem that prevents this spreading around of idea? Clearly, something is missing. Firstly, the knowledge that there is a worthwhile idea stays within few people. We need to make it known across some kind of information system. Secondly, the money needed for scaling up this idea is inadequate. The current financial ecosystem is not making small ticket size amounts available to small entrepreneurs.

Ultimately, it is the availability of finance. Don’t you think?
Yes, otherwise the idea dies and so does the venture. Also, you don’t need to invent everything yourself. In the chain that we talked about, you got an idea and then you got various steps in the chain about converting that idea into something that is available to people in the market wherever they are. So scaling up distribution systems, production systems and retailing systems are all part of the ecosystem to make

the ‘scientific’ idea (scientific even if it is produced by somebody in a village) benefit people all across the society. Innovations are required in the designs of those systems also. Many of the innovations that have produced results in this country, such as low cost eye care and low cost cardiac surgeries are not innovations merely in the scientific sense. They have a lot to do with the organisation model and collaborations with people at different parts of the value chain.

Speaking of collaboration – industry and research community linkage is very weak in India. What are your thoughts on engaging the industry – not just large companies but SMEs too – in building the linkages? Also, most of the industries in the country allocate very limited research budget to enhance their own offerings.
I am not sure that one knows how to measure the amount a company allocates to improve its own products. It is difficult to measure. Many suggestions for incremental improvements which get incorporated are not easy to measure. The way Japanese transformed industries came through such increments and not through formal R&D. There were skeptics in the ’80s, who said that Japan does not spend enough on R&D and hence will never be able to catch up. But isn’t that far from reality? We need to formalize a system for observing a problem, analyzing the need, searching for an idea, converting the idea into an experiment and finally checking to see whether it works.
Interestingly, many science labs in this country are connecting with small scale entrepreneurs. It was very encouraging to see the stalls of the CSIR labs and scientists interacting with entrepreneurs at the recently concluded Science Fair held in Delhi. But, this is not a universal phenomenon yet.

This might be the beginning of a movement towards a larger solution. Recently, the prime minster in one of the science gathering questioned as to why Indian science was not really creating the required large scale benefits. As you pointed out, this calls for relooking the entire ecosystem. How can we bring together the various stakeholders – industry, scientists, financing community, policy makers, aspiring young generation and civil society – for this effort?
In many firms, collective resources are not applied to the big challenges that can potentially benefit the whole firm. Institutional reforms to enable such collaborations, not just within but across organisations, are essential. Now the question is how does one induce people to come together against a challenge, in which all of them will benefit and in different ways?

Would that mean nurturing and facilitating an ecosystem having large number of facilitators?
Yes, we are talking about that now. We have two types of leaders. One says, “I have got everybody to whom I give the money and therefore they will do what I say.” The other says, “We want leaders who enable people to recognise who they should be collaborating with.” We need the latter. Subsequently, policies and frameworks that make these collaborations more likely to happen are needed. In this context, consider the question of intellectual property rights. Intellectual property rights, which are considered essential for inducing innovation, have today become much about people than about innovations.

It essentially becomes legalistic with rigid walls created between them.
That is right. You can see how the healthcare industry has damaged itself badly by insisting on longer and tighter monopolies on the outcomes of their research. This only makes the research system expensive. Open source drug discovery process that has been put together by CSIR along with Infosys is an excellent example of a platform that brings together people 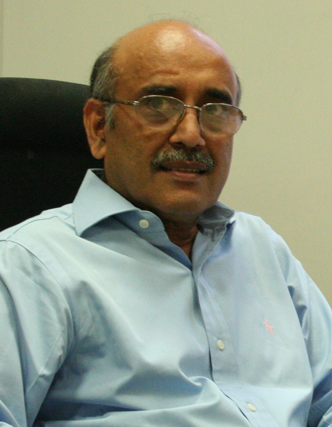 Executive Director of the Wadhwani Centre for Entrepreneurship Development (WCED) at the Indian School of Business (ISB). 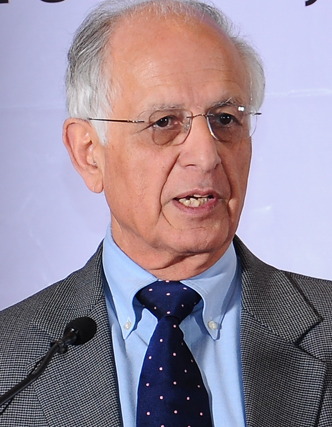