Corporate Governance, Business Growth and the Role of Independent Directors

The significance of corporate governance and the role of independent directors in the growth of a family business cannot be undermined. One of the major challenges a family business faces during its growth pertain to these. While corporate governance provides the required framework for accomplishing its objectives, the board of directors make sure that the organization’s vision and culture are safeguarded so that the organization does not drift while in pursuit of its goal.

“Growth aspirations coupled with challenges of progress lead to need for a formal governance framework,” said Rajendra Barwale, Managing Director, Maharashtra Hybrid Seeds Company Private Limited, at the Sixth Asian Invitational Conference on Family Business. It is the lack of this realization and poor follow-up action that often affects long term growth prospects of any business. A family business, in particular, has many challenges as it grows, and corporate governance is often pushed to the back burner as more urgent, not necessarily important, day to day activities and expansion concerns take up the owner managers’ time. Promoters and managers do not realize that corporate governance is required to provide the framework for attaining a company’s tactical and strategic objectives. Corporate Governance and the Board Corporate governance cocoons practically every sphere of management, from strategy to action plans and internal controls to performance measurement and corporate disclosure. It determines corporate behavior. Corporate governance must clearly distinguish roles and responsibilities between owners and managers and ensure that owner managers understand and implement their respective roles. In essence, corporate governance gives ultimate and total responsibility to the board of directors to manage the company, with the objective of adding value to all the stakeholders always. The board is the most significant instrument of corporate governance. It is the custodian of the organization’s vision and culture, always protecting them from drifting due to direct or indirect pressures from various quarters. It also needs to ensure that transparent and effective communication of the same is practiced throughout the organization. The directors of the board, particularly the independent directors have a major responsibility and can play a significant role if they are capable, and can create a culture that favors critical dissent and continuous improvement. Once in place, it improves the quality of decision-making process, resulting in better decisions, with long-term benefits for the company. It ensures continuity, economic growth, maintains investors’ confidence, results in lower cost of capital, minimises wastages, corruption, risks, and mismanagement. Stages of Evolution of the Board Historically, anecdotal evidence points to the fact that, as the organization grows, a board goes through a process of evolution that has a direct impact on the growth, profitability and sustainability of an organization. The starting point, as well as the speed of evolution, is largely dependent on the progressive mindset of the board and the owners/promoters.

A family business, in particular, has many challenges as it grows, and corporate governance is often pushed to the back burner as more urgent, not necessarily important, day to day activities and expansion concerns take up the owner managers’ time.

Each stage of evolution brings with it exponentially improved levels of governance. As this also means higher levels of participation from more skilled and experienced management that is also more progressive, the company begins to see rapid growth and improving shareholder value and wealth. There are three broad stages, though not necessarily followed in the same sequence in practice. Stage One – Rubber Stamp Board or Nodder’s Club or Consent Board: The boards merely rubber stamps every proposal or decision of the promoter/managing director. They, of course, perform a compliance role in terms of their fiduciary responsibilities including attending meetings, but rarely speak out even amongst them. The directors serve for the prestige to be on the board of a well-respected corporate house. The company performs, stakeholders are happy and the boards only nod. This is the type of board that existed in most companies, big or small, during the License Raj and in the pre liberalization period. They were generally successful as they had resourceful promoters, who could get the necessary licenses and permits from powers that be. Post economic liberalization, these organizations realized that their business model was not sustainable. Up until then, they were lucky and their luck began to run out with enhanced competition that gave customers wide choices and options and multiple levels of performance delivery. They found it difficult to adapt to the changes and either sold out, shut shop or began to align with the new challenges, by restructuring their management and the board. Sometimes they even split into different entities, each managed by a separate family promoter scion. Most large industrial houses in cement, steel, automobile, mining, synthetics, and plastics fell into this category. These soon moved to the next stage of board evolution. Stage Two – Functional Board: Organisations that recognized the need and benefits of an involved board sought inputs from board members regularly. Such boards brought with it all the same fiduciary responsibilities but expanded their understanding and advice in areas of operational efficiency and customer and employee engagement. The board would be conscious of the impact of its decisions on enterprise performance and their competitive positioning and thus focussed on its ‘work’. The profile of membership of such boards also expanded to include people from outside the social network of the promoters. Members, primarily independent directors, were recruited for their expertise, experience, and business maturity. This type of board’s strengths were capitalizing on the expertise of its members, a better comprehension of how the organization achieves or can achieve its goals and its ability to harmoniously connect operational issues to strategic milestones. These boards maintain a delicate balance in their working relationship with the promoter and executive management. They have to be challenging and critical as well as supportive and motivating. Communication processes, systems and controls become relevant and challenging. Stage Three – Strategic Board: The strategic board plays a proactive role and finds a balance in terms fulfilling of fiduciary responsibilities, overseeing the operational realities and crafting a strategic direction, both in the medium and long term. Such boards look beyond the typical three year horizon while having the foresight to integrate insights received from multiple sources. Such boards understand the wider and deeper reach capabilities of the organisation, in its national and global context. Its governance standards as a board are world class and future ready to give a long term direction for growth to the organisation. For example, Forbes Marshall Pvt. Ltd. put in place a Supervisory Board of Directors in 2007 to provide strategic direction and aid the management team in the Company’s future direction and to create accountability for Naushad and Farhad Forbes, the Co-Chairpersons of the Company. The board was also entrusted with the task to help resolve matters if there was ever a disagreement between Naushad and Farhad, the promoter brothers.

Post economic liberalisation, these organisations realised that their business model was not sustainable. Up until then they were lucky, and their luck began to run out with enhanced competition that gave customers wide choices and options and multiple levels of performance delivery

Evolution from the fi rst to the second stage is the most vital and challenging even today for the Indian industry. However, for rapid inclusive growth where the boundaries expand to global horizons the evolution from the second to the third stage becomes relevant. The critical players in the process of evolution of the board, over three stages, are the independent directors, of course, chosen by the promoters. Challenges of Governance to Propel Growth There are different challenges organisations face on the road to practising good governance. The challenges are quite different for the small and medium enterprises (SMEs) when compared to the large listed firms. A very significant segment number of companies, including private limited companies are SMEs. Some of these companies are growing at far above industry average due to their progressive mind-set while the others are struggling to keep their heads above water and have high mortality rate. The progressive types have imbibed a system of governance which may be formal or informal. For instance, they may have boards with some outside talent, say, their advisor or a respected friend who has corporate exposure. They ensure basic compliance in line with the Company’s Act. They work on a budget and set goals. Such companies are able to draw professional managers as and when needed, in line with their growth. They are able to get outside funding. Such companies need to be mentored and supported to look at a bigger picture. This remains a bottleneck as capable support talent is sparse and they prefer to align with larger business entities. The way forward could be to induct capable independent directors in such fast track companies even if the law does not require them to do so and incentivise them with a share of ownership and profi ts based on company performance. Mentorship and corporate counselling over the next two generations could perhaps be a catalyst to growth. Such companies, as described above, are mostly family owned and managed. They need to structure the family organisation and its role in business. Developing a family governance mechanism should ideally precede creating the corporate governance system and dovetailed into each other. For instance, a family council or a family business board will work like a supervisory board that will set the direction to the business board. This could be a good option to develop a governance system and a board managed culture. There are examples of such processes helping even SMEs to evolve a working board. Public limited and listed companies are already covered by the Indian Companies Act 2013 and other regulatory guidelines. Hence the most elementary form of board viz ‘the rubber stamp board’ exists. The challenge is to evolve to next level of boards, as described earlier. The faster they progress, the earlier they will fi nd that the organisation is managed in a manner that fi ts the best interests of all. It will provide inducement to the owners as well as managers, to achieve objectives that are in the interests of the shareholders and the organisation. Conclusion Challenges to implement good corporate governance practices are several. But if an organisation has to grow in a sustainable manner, good corporate governance and a well-functioning board are absolute necessity. Independent directors with diverse backgrounds, expertise, and professional experience are central to strategic governance and growth of the fi rm, whether small, medium or large. However, the composition and degree of freedom of operations of the board depends on the level of enlightenment and comfort the promoters have. It is not the want of awareness rather a want of a certain amount of determination and commitment to change that is a barrier to changes in corporate governance. Indeed, change has to begin at home! 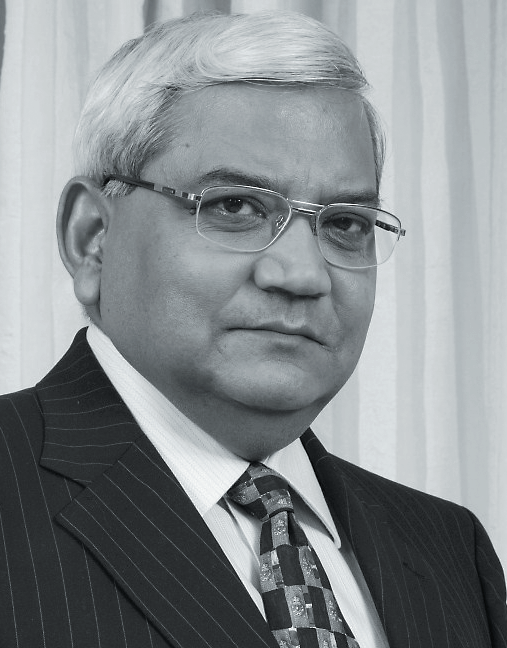