Contracts and the Financial Crisis

Douglas W Diamond is the Merton H Miller  Distinguished Service Professor of Finance at University of Chicago’s Booth School of Business. He is the Centre for Analytical Finance (CAF) Academic Fellow 2012 and gave the keynote speech at the CAF summer research conference. In a conversation with Professor Krishnamurthy  Subramanian of ISB, he recently discussed vulnerabilities in the financial sector that contribute  to financial crises and the importance of meaningful financial regulation. Here are some highlights.

Let me begin with a question on capitalism. How do you let the invisible hand play its role and create economic welfare? The recent financial crisis has highlighted that you don’t really have free markets and that the markets get rigged. Is capitalism, in its true sense, ever possible?

I think that it shows that capitalism works, but that the financial sector (and its regulators) work on ver y difficult problems. Financial institutions such as banks, insurance companies and even hedge funds are a form of capitalism based on contracts and not just trade in financial markets. These contracts are the private sector’s  way of dealing with hard problems  which would other wise cause a market  failure in the market for lending and borrowing. Financial crises occur because many contracts written by financial institutions are not ver y stress  tolerant.   Bank  runs on  short-term deposits are the most prominent  examples of this. If only few people show up to withdraw their money, the bank  will be solvent, but if there is a big shock  or if ever ybody panics  and withdraws their money at the same time, the banking system will fail.

We have  obser ved  fragility  in the financial system throughout histor y except for a relatively brief period from the 1940s to the 1980s, but this period was the exception rather than the rule. Capitalism in financial markets has had a bumpy road in the last few years. The problem  is caused by the type of financial contracts written, but there are not necessarily  better financial contracts to write. Even the best contracts can cause real problems periodically.

Due to the risk of a financial crisis, the government provides inter ventions such as deposit insurance or a lender of last resort. These government inter ventions are important to allow the private sector to provide financial products in a way that is less likely to bring the system down. There are some people who only look at a little piece of the picture and say,  “It is government  inter vention  in ‘too big  to fail’  that causes the problem.” However, there is a problem to which government inter vention is a partial solution, and unfortunately even with the partial solution, the problem  remains.  And if the government does not get it just right, ‘too big to fail’ adds to the problem and makes it worse. Seeing some financial crises does not mean that capitalism does not work. Providing liquidity  to the economy  is  a  tough problem that periodically causes crises.

One of the hard problems solved by the financial sector  is that of lending where little information  is available. Individuals would  not make certain loans without collecting  information  or monitoring  the

borrowers. These are the loans that banks make, but then we need to make sure that the banker properly collects and uses this information which depositors cannot see. This is a dark and opaque area, and it is prone to problems. We trust the bankers to operate on our behalf, and we tr y to write contracts to keep the bankers’  interests  aligned with the depositors’ interests. But there are things bankers do in the dark that we don’t see, so we must rely  on incentives. When the incentives  don’t work, bankers  do bad things. This is related to the issue of corruption in the financial sector. The financial sector tries to solve hard problems because their borrowers cannot be trusted, and the consequences of bankers getting information to overcome this when their depositors cannot see the information  means that it is  difficult  to fully trust bankers. The financial sector needs regulation, and this is a ver y difficult form  of regulation for the government to provide.

A good example of this is the LIBOR scandal. As I understand it, in 2007 and 2008, banks stopped lending to each other on an unsecured basis. We had the London Interbank  Offered Rate (LIBOR  rate) which is basically the ask price for unsecured lending between banks. Lending between banks stopped, but it was decided to keep up the fiction that it continued. In addition, many floating rate financial contracts were based on LIBOR. At this stage, banks were making up numbers because there were really none to report.  The regulators either didn’t think about the consequences of this or they decided to ignore them. Bankers were making up numbers and making money on it because the numbers affected the lending and/or borrowing contracts they wrote. Do you blame the bankers? Yes. Do you blame the regulators? You should  blame  the regulators for not thinking that once they allowed this fiction to continue, there was going to be abuse.

In  general  many difficult  problems  that free markets cannot solve are left to the government. And the government sometimes does not do ver y well with these problems. Nobody would do ver y well. Similarly, I just argued that banks tr y to solve the hard financial problems. If you don’t regulate them or don’t enforce laws against fraud, then ver y bad things will happen. Even if you do regulate the financial sector and write the best contracts, there will be some financial crises.

We know the degree of incompleteness in contracts varies across countries as does the enforcement and ability to write sophisticated contracts. In a country like India, maybe the contracts are incomplete and this may be even more so compared to more developed economies like the US. Am I right in saying that these problems are exacerbated when contracts are more incomplete?

It comes down to the question of why they  are so incomplete.  Incompleteness may or may not be a cause; it may be a symptom of underlying problems. If you don’t have ver y good contract  enforcement  or you have legal institutions  or courts that are not ver y active or are corrupt, then contracts are not going to work ver y well.  For instance, bond markets where firms issue debt directly to households won’t work ver y well.

Jerr y Caprio  (formally  of the World Bank, now at Williams College) had a phrase,  “Learn  to walk before you learn to run.” I think you have to tr y to get your banking regulation working and get corruption out of your banks before firms can issue debt directly to households.  Firms are going to borrow from households  through the banks, but if  the banks themselves are corrupt or so tied to the government that they make the loans the government wants for political purposes rather than economic  purposes, then capitalism won’t work very well.

Related to the point that you have to walk before you run, in India, there is a mix of a system which is still not able to walk very well, and where you have the government intervening with the wheels that come with democracy.  For example, we have priority sector lending — where banks are mandated by the government to provide loans to a particular sector — and there are politicians who want banks to lend to their relatives. Do we have a particularly bad mix here?

It certainly can be a disaster  if the government or government  bureaucrats  have much say  on which particular  loans are made. Even  if  they were well meaning,  the bureaucrats  would not have enough information  to decide which loans to make, and typically,   they would be  more concerned about making loans to help get re-elected or to benefit their relatives. Generally, I think this type of government inter vention is a bad idea. The invisible hand and the profit motive should get the credit to the right place. Clearly, the private sector  is not going to provide  a subsidy to anyone. If there is a certain sector that needs a subsidy  for some reason, it will take government action  to provide  it. A subsidy might be needed to give a sector a big push to get started. In general, there are few good reasons to subsidise any particular sector.

You spoke of complex activities that banks undertake that may end up being dark and opaque, and why this makes financial regulation important. However, there may be regulators who lag behind the market and who do not understand the complex, opaque products that need to be regulated. Is it possible then, that you will have lax regulation, not enough regulation or perhaps too much regulation?

In  designing  regulations,   you have  to  take into account the fact that regulators  are going to be several  steps behind. Thus, we need fairly simple, rules-based  regulations,  such as  requirements   that banks recapitalise themselves. There is a big on-going debate on capital requirements  which limit the use of leverage.  The debate focuses  on specifying  the minimum percentage of banks’ assets which must be bank capital. Choosing the number is not as important as mandating what the bank has to do when the capital goes below that number. If, at some point capital, gets low enough, you close the bank. The issues, however, are in the areas between  being well capitalised and the point at which you are closed. What do you have to do when you are in that area? One of the simplest ways to make banks self-regulate is to ensure that the incentives of the bankers are reasonably aligned with society. When a bank is near the point of failure, its incentives are skewed and it will make decisions that the rest of society would not want.

Forcing  a  bank to recapitalise  quickly  would mean that it gets only  a little bit undercapitalised. This would  go  a  long way  to improve  incentives. It is  also important to have independent  audits to

In designing regulations, you have to take into account the fact that regulators are going to be several steps behind.Thus, we need fairly simple, rules-based regulations, such as requirements that banks recapitalise themselves.

ensure that there is no crony lending or self-dealing. If such dealings are detected, there must be careful enforcement,  with criminal penalties, after the fact. Realising that regulators are two steps behind and can, at best, figure out what happened a year ago means that the individual bankers must know that something bad will happen in the future if they do illicit things in the dark today.

Bank regulation  is ver y important  and it is ver y difficult.  You need to make sure that regulators are not too captured by banks. There is also the problem of the revolving door, where the regulators become the bankers and the bankers become the regulators. A regulator may not cause too much trouble because he or she will not be one forever and hopes to be able to get a high paying private sector job in the future. One way to prevent this is to pay bank regulators more and make it a highly honourable  profession.  Only then can you get expertise without having a revolving door. 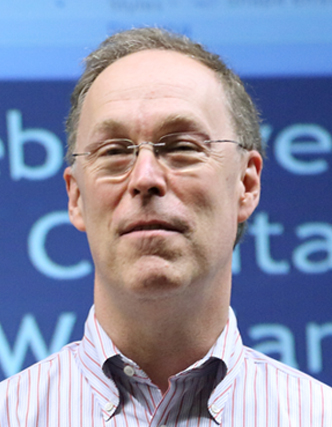