Innovation is the key contributor to the growth and internationalisation of Indian industry in recent years, suggests Professor Amitava Chattopadhyay. In this article, he discusses the building blocks of innovative organisations that have enabled them to compete effectively in India and abroad, and also considers the impediments that prevent Indian businesses from achieving their full growth potential.

In the past decade, the Indian industr y has not only grown  at a  rapid rate, but has also established  a global presence. This growth and internationalisation has been in product (e.g., Ranbaxy, Mahindra  and Mahindra) and service businesses (e.g., Bharti Airtel) catering to end consumers  (e.g., Tata Chemicals) as well as businesses (e.g., Wipro).  The engine driving this growth within both India, as well as internationally, has been innovation.1

Indian firms have a significant edge in terms of the costs of talented staff relative to developed world firms. It has been estimated that the earnings of scientists and engineers in India are less than 10% of that of their peers in the US or Europe, an advantage Indian firms have and continue to aggressively take advantage of, to push their innovation agendas for ward. Ranbaxy, for example, has leveraged low cost R&D talent to produce  innovative drug deliver y systems, including the one-a-day version of ciprofloxacin,  which it has licensed  to Bayer Healthcare,  the inventor  of the  original ciprofloxacin   molecule, for  US$65 million plus royalties on on-going  sales for markets outside India.2

Wipro has leveraged   lower manpower costs to build R&D  and design  capabilities,  which  have enabled it to become a chip design laborator y for the world and a leader in owning patents in chip design. Mahindra   & Mahindra   has used this advantage  to expand its international footprint in the SUV space. It developed the Scorpio  SUV in 18 months on a budget of US$120 million, as against the US$1 billion and three years it would have taken to do the same in Detroit.
Innovative Business Models
Innovation  in Indian businesses   is  not limited to leveraging low-cost labour alone, it goes well beyond that to encompass collaborative models of product development and commercialisation. The Tata Swach water  purifier  is a great  example  of a collaborative effort among several  Tata Group companies.  The Tata Swach was conceptualised by Tata Consultancy Ser vices, designed  by  Tata Research, Development and Design Centre (TRDDC) and produced  by Tata Chemicals,  with Titan Industries contributing  to the development of special assembly presses to mass produce the units. It purifies water using processed rice husk ash impregnated  with nano silver particles to destroy disease causing organisms and is the cheapest water purifier in the world, selling for R 1,200. The Tata Swach meets the US Environmental Protection Agency standards and can purify water at the incredibly low cost of 10 paise/litre!

Novartis’s  Arogya Parivar, which delivers TB treatment to  the poor in India, particularly  the rural poor, is  another example  of a  collaborative

In addition to talented and low-cost personnel, firms must also have the capacity to generate consumer insights and disseminate them throughout the organisation.

and successful  new business model. Under the Arogya Parivar initiative,    health educators  cover a beat of some 20 villages on bicycles, helping  poor villagers navigate the various steps in the diagnosis and effective treatment  of TB, including ensuring compliance with the entire treatment. The initiative brings together government-funded    village  level health workers, private diagnostic clinics, qualified physicians and stockists. The programme has been extremely successful, with Novartis now introducing this in other countries.

Successful development  of innovative new products, ser vices, and  business models takes more than just low cost and skilled personnel.  In a paper we published around  twelve years ago,3  we showed that to unlock creativity and produce innovative outcomes, one needs to focus on the intended consumers of the to-be-designed product or ser vice. Such a focus increased the uniqueness and usefulness of the new offerings, implying that in addition to talented and low-cost personnel, firms must also have the capacity to generate consumer insights and disseminate them throughout the  organisation. Consumer insight generation requires an understanding of the important pain points of potential customers − not just current customers. The questions one needs to ask are typically not amenable to quantitative research, or at times, even to the direct questioning of consumers. It requires first-hand experience or obser vation of a broad set of potential consumers. Thus, the Tata Swach innovation came from TCL’s direct experience  of helping victims of the 2004 tsunami, and the Arogya  Parivar initiative was informed by ethnographic research undertaken by MART that targeted patients belonging to the R2 and R3 socio-economic  classifications. Their research revealed that TB was a serious problem, and while there was a free government  programme  for the detection and treatment of TB, patients were often not able or willing to take advantage of it for a number of reasons. Poor patients felt intimidated about dealing with the bureaucracy involved, the lack of adequate diagnostic infrastructure  and the unavailability of the medicines due to lack of stock in the government  hospitals. Moreover, patients did not understand the need for full  compliance  with the treatment protocol, and often stopped taking the medications  as soon as they felt better, reducing the success of the programme in curing their TB. This led the Arogya Parivar initiative to articulate, develop and offer a comprehensive,  end- to-end programme for the diagnosis and treatment  of TB at a modest cost that was affordable for bottom- of-pyramid consumers, while also being profitable.

Wipro invests in building a culture of innovation, which  is  enshrined  as one of its core values. The company has an  internal “Innovation Council” that functions like an internal venture capital firm. Employees can approach the council to get funding to support work on their own business ideas for up to three years. Around 800 Wipro employees work on such projects at any given time. The company also offers innovation awards to its clients and encourages employees to report on the innovations that they have helped  their clients achieve. Finally, the firm also offers an annual Applied Innovation Award to leading innovators, including competitors. This award is  given in collaboration with the IT Association of America, the International Association of Outsourcing Professionals and Forbes.com. These initiatives collectively reinforce  and reward a culture of innovation, ensuring its internalisation.5

While many firms, such as the ones described above, are exceptional in identifying current and potential customer needs, and developing and  delivering appropriate  solutions,  there are gaps. These gaps are particularly  significant when one looks beyond customer acquisition to ser vices aimed at supporting and retaining customers.

Bharti Airtel is one such example. The company has done a  remarkable  job in bringing  affordable telephony to consumers in India. While it has managed call quality  and coverage by cleverly generating  and leveraging consumer  insights to pinpoint  where best to deploy resources,  and has managed costs by developing an innovative business model  that has allowed it to convert the fixed up-front cost of infrastructure development into a variable  cost, its post purchase support ser vice infrastructure  is inadequate.

Airtel’s prepaid ser vices account for the majority of its sales volume, but it is unable  to ser ve  these customers  nationally across India with a single voice. There are silos by geography (circles); thus, the ser vice level offered to a customer who is, say from Mumbai, while she is in Delhi is inadequate. One can spend, for instance, R 1,000 to buy prepaid talk time on a Maharashtra prepaid SIM in Delhi and receive only a paltr y one rupee worth of actual talk time. The vendor who sells the talk time neither knows nor cares about this. More importantly, Airtel neither disseminates this information effectively to its consumer base, nor appears to have the desire or mechanism to make restitution when such events occur. More integrated players such as Reliance Infocomm and new entrants such as Russia’s MTS are easily changing the rules and creating seamless offerings across India, which could leave Airtel and others following a strategy of regional silos flat-footed in the long run.

Fenesta is  another interesting  example. This company custom builds high-quality UPVC windows, a novel building  product in India. However, its distribution model, which uses a complex web of third parties to sell the windows, book the orders and install them, is fragile. Fenesta appears to be over committed in terms of delivery schedules and fails  to meet delivery commitments. Installers often do a poor job, and customers  seeking to resolve problems become mired in a blame game as to who in this loose network is responsible, leaving them dangling and dissatisfied. Such frustrations destroy any possibility of a repeat purchase and lead to the generation of negative word of mouth, all of which are damaging for future business.

Thus, while many Indian firms effectively compete in India and  in international  markets, the competition is typically only in terms of the technical aspects of  product  innovation at competitive  costs, rather than in terms of creating a differentiated customer experience, which is ultimately the only way to generate  loyalty and obtain premium margins.

In terms of the softer aspects of managing customers’ expectations and dealing with  customer relationships,  there continues to be a significant lag compared to multinationals from  developed countries. This opens an avenue  for attack  by established  MNCs. LG Electronics, for  instance, is leveraging   this weakness to further strengthen  its already  strong business in India. Thus, if the newly resurgent Indian businesses are to flourish in India and abroad, they need to think and act more carefully to manage the targeted consumers’ experience. 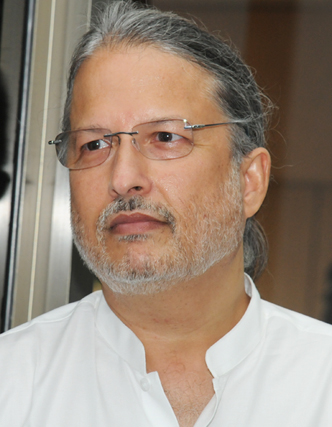 Professor of Marketing and the GlaxoSmithKline Chaired Professor of Corporate Innovation at INSEAD, Singapore; Co-author of the book, “The New Emerging Market Multinationals: Four Strategies for Disrupting Markets and Building Brands”.