ISBInsight: How did this case catch your attention?

Subramaniam Ramnarayan: The Confederation of Indian Industry (CII) had organised a conference on compassionate leadership in collaboration with the Leadership Academy at Dr. Reddy’s, at the Bachupally campus. Saumen Chakraborty, the then President and Global Head of Quality, HR and IT at Dr. Reddy’s and I were speakers at the conference. Saumen shared an interesting experience- a workers’ strike, a crisis of 100 days.

Saumen mentioned that he had formed a mental picture from his Hyderabad office of the situation and was making decisions accordingly. But when he went to visit the plant, he saw the different parties involved at the ground level and it changed his perspective. He understood various points of view: plant managers, corporate managers from Dr. Reddy’s, the contract workers and the union, police authorities, media, political leaders, companies from the pharmaceutical industry. He stated that in such a situation, unless multiple communication channels are kept open and one understood the different interests of the parties involved, the conflict cannot be resolved.

Did you speak to all the stakeholders? What inference did you draw from these interactions?

We spoke to the senior as well as middle managers at DRL to get a comprehensive idea of the company’s stance. We also spoke to the police officers involved, the union leader, the joint collector, the village community from where the workers largely came, and found that everyone had a different opinion of the situation. Thus, multiple interests were involved. Since the problem had lasted about 100 days, all of these people were affected in one way or another. More importantly, there were strong emotions underlying the situation.

How did the final resolution occur with so many shareholders?

It was discovered that the initial approach was to determine who was right in the situation and who was wrong. But it could not be done that way. Then the Union attempted to disrupt the operations until the demands were met. This was a move related to power, as the parties were trying to get each other to back down forcefully, but that did not work out either. Finally, it was understood that it would be wiser to consider the interests of all the parties involved and communicate towards a peaceful resolution. Such a resolution of conflict through dialogue is something that really strikes me as interesting in this case.

What are the major managerial takeaways from the case, especially when you teach it in a business school?

When the case is discussed from a negotiation perspective, we explore the different barriers to negotiation. There can be psychological barriers, namely lack of trust due to previously antagonistic relationships. We analyse structural barriers, such as the Union’s own agenda in the situation or the involvement of political parties. Finally, there are tactical barriers, wherein the Union began to hinder the exchange of information and communication. The key question for managers is how to deal with such barriers. It is also interesting to look at the issue of negotiation for conflict management in such a case, where multiple parties with varying interests are involved. Finally, the public nature of the conflict makes the case further intriguing.

The interplay of personal relationships and how, ultimately, compassionate leadership brought about a feasible solution, are important to me.

About the Case Authors:
Professor Subramaniam Ramnarayan is Clinical Professor of Business at the Indian School of Business.
MV Anuradha is an Assistant Professor at Great Lakes Institute of Management.

About the Writer:
Samriddhi Mukherjee is a Content Associate at the Centre for Learning and Management Practice at the Indian School of Business. 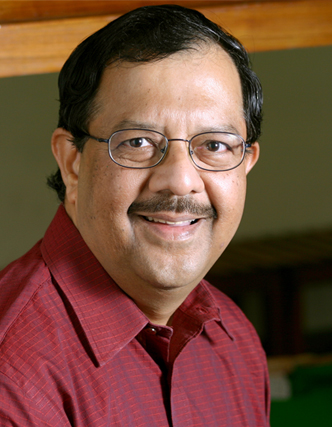