The Delhi Metro plies across one of the most densely populated and polluted cities of India. Can this mass transit alternative lead to cleaner air? Deepti Goel and Sonam Gupta present the fi ndings of their study on the effect of the Delhi Metro on air pollution

Delhi is one of the most densely populated cities in the world. According to the latest Indian Census of 2011, the National Capital Territory (NCT) has a population of 16.8 million and a density of 11,300 persons per square kilometre. India’s capital is also infamous for high levels of air pollution. Using data obtained from the Central Pollution Control Board (CPCB), figures 1 and 2 below clearly show that the levels of two major pollutants, namely, nitrogen dioxide (NO2) and carbon monoxide (CO), far exceeded the prescribed standards on most days between 2004 and 2006.

Such high levels of pollution are a matter of concern. A large body of research in epidemiology and a few studies in economics have established the adverse effects of air pollution on human health (Block et al., 2012; Currie and Walker, 2011; and Moretti and Neidell, 2011). These harmful effects include damage to the central nervous system, asthma aggravation and an increase in infant mortality rates. Studies carried out by the CPCB have also found that high levels of pollution in Delhi are positively associated with lung function deficits and respiratory ailments among its inhabitants (CPCB, 2008a and CPCB, 2008b). In the light of these facts, examining whether mass rapid transport systems such as the Delhi Metro have any impact on air quality has significant policy implications. Here, we analyse air pollution data to determine if the Delhi Metro led to an improvement in the air quality in Delhi. We utilise a technique called Regression Discontinuity Design to establish whether any observed reductions in pollution may be attributed to the Delhi Metro. In this technique, the trend in pollution observed just before the extension of the metro network is used to estimate the level of pollution that would have been observed in the absence of the extension.

The Delhi Metro began its operations in December 2002. It is an intracity electric rail system serving the National Capital Region (NCR) in India. It has the potential to improve air quality in Delhi by producing a “traffic diversion effect”. This refers to the possibility that commuters who were earlier using private modes of transport, such as cars and two-wheelers, will switch to the metro, resulting in a net reduction in vehicular emissions in the city. However, economic theory suggests that along with the traffic diversion effect, there could be a concurrent “traffic creation effect”. 1 The latter refers to new demand for travel generated by a faster and probably more comfortable mode of transport, such as the metro. For example, facilitated by the metro, people could decide to relocate to the outskirts of the city, presumably to benefit from cheaper real estate prices, and then commute longer distances to work. If part of the increased distance is covered using pollutionintensive modes of private transport, then this has the potential to negate any traffic diversion effect and increase overall pollution.

In order to attribute any observed change in air quality to the Delhi Metro, we should compare the observed pollution level in the presence of the metro, with the hypothetical pollution level in a scenario where the metro did not exist but everything else remained the same.

In the case of Delhi, an added dimension in studying the net effect of the Delhi Metro on air pollution is the presence of two coal-based power plants within the city limits that were operational during our study period (2004-2006). If running of the metro resulted in increased capacity utilisation by these plants, then this could lead to an increase in the overall level of emissions. Thus, the net impact of the Delhi Metro on air quality has an ambiguous sign and can only be determined empirically by analysing actual data on pollution.

In order to attribute any observed change in air quality to the Delhi Metro, we should compare the observed pollution level in the presence of the metro, with the hypothetical pollution level in a scenario where the metro did not exist but everything else remained the same. Any difference between the observed and the hypothetical pollution levels could then be attributed to the metro. To build this hypothetical scenario, we conjecture that in the absence of the extension of the metro line to a particular location, pollution at that location would exhibit a smooth transition over time. Under this assumption, we can then use the observed pollution trend in the period just before the metro was extended to represent the hypothetical scenario of interest. Thus, the causal effect of the Delhi Metro on air pollution is identified by examining pollution data around an extension of the metro rail network. For each extension, we separately examine the trends in pollutant levels in the pre- and post-metro periods and look for any discontinuity (sudden change) in these trends at the time of the extension. A discontinuity, if identified, is the localised short-term effect of the Delhi Metro on air pollution. 2

In our study, we examine data on four pollutants between 2004 and 2006 at two different locations in Delhi. The four pollutants are nitrogen dioxide (NO2), carbon monoxide (CO), sulphur dioxide (SO2) and ozone. The two locations are: Income Tax Office (ITO), a major traffic intersection in central Delhi, and Siri Fort, a residential locality in South Delhi. We have obtained data on pollutants from the CPCB. Further, it is important to take into account the effect of changes in weather conditions on pollution trends. To do this, we use data on temperature, rainfall, humidity and wind speed obtained from the India Meteorological Department. Between 2004 and 2006, there were six extensions of the metro rail network. Unfortunately, the pollution series suffers from missing observations, and therefore, we are unable to exploit all six extensions. As a first step, we only analyse data pertaining to a nine-week window around each extension, for which 20% of the observations, at most, are missing.

The results for the other two pollutants are not consistent across locations, and their magnitude, in some cases, is unusually large. With regard to sulphur dioxide, we find an increase of 90% at ITO, and a decrease, ranging between 35% and 89%, at Siri Fort. Sulphur dioxide is a major component of industrial emissions, and we suspect that the operation of coal-based plants at ITO may be linked to the results seen at that location. As for ozone, we do not find a unidirectional effect across extensions at either of the two locations. Ozone is formed in the presence of sunlight through a complicated nonlinear process that requires oxides of nitrogen. We are in the process of analysing the data further and collecting additional information to explain these results, and at this stage, cannot comment further on them.

Two caveats should be kept in mind while interpreting and understanding these results. First, the large number of missing observations for pollution levels makes this analysis particularly challenging. Further examination is needed to ensure that our results are not being driven by the pattern of missing observations. Second, the results for sulphur dioxide and ozone do not show a consistent pattern and require further analysis. In the light of these facts, further investigation is needed to rule out the possibility that our findings are being driven by chance or poorly measured pollution data.

To summarise, our initial findings point toward a reduction in the levels of two main tailpipe emissions, namely, nitrogen dioxide and carbon monoxide. This indicates that, at least at the initial stages of operation of the metro, the traffic diversion effect dominated over other effects. In light of our findings and given the existing evidence on the adverse health effects of air pollution, these indirect health benefits resulting from improved air quality should be taken into account when urban policy makers contemplate setting up large-scale intracity transportation systems. We provide a rationale for subsidising mass transit systems such as the metro even when the direct costs do not show a net profit. These public transport systems should be seriously considered for other cities that face similar challenges in terms of vehicular congestion and health costs due to pollution.

1    For more on the traffic diversion and traffic creation effects, see Mohring (1972) and Vickery (1969).
2    Our main econometric specification is to regress (logarithm of) hourly pollutant measure on a dummy variable (0/1 variable) that marks the time periods after the extension, a third order polynomial in time and various controls. The controls include hour of the day, day of the week, interactions between the two and weather variables. The time polynomial captures the smooth time trend in pollution, and the coefficient on the dummy variable captures the discontinuity in the pollutant trend due to the extension of the metro network. This latter coefficient is the main parameter of interest. 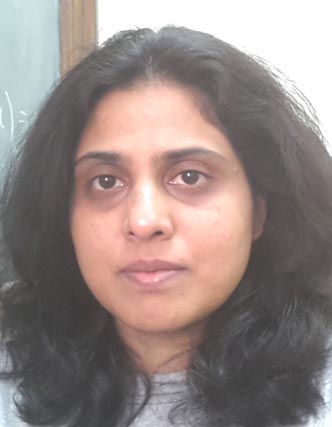 Assistant Professor at the Delhi School of Economics. 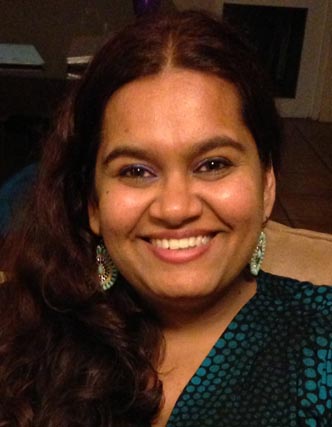