Bank of Baroda: A Turnaround Tale

In the first of this two-part interview, Professor Rajesh Chakrabarti talks to M D Mallya, Chairman and Managing Director, Bank of Baroda about the developments in the bank since he took over in May 2008 and the change the public sector banks have gone through in the last five years.

You joined Bank of Baroda as chairman of the bank. That is very interesting from a leadership-management-change point of view, especially since you were an outsider at that time and coming from banks that had different business models from the Bank of Baroda. Can you talk about your experiences coming into and taking over this bank, the challenges faced and how things have worked out since then?

In the last five years, the Indian public sector banks have transformed themselves. They were losing market share to the private sector and therefore, it was a question of survival. Banking sector should change to capture emerging market share. The best part is that we have been able to change seamlessly, without really disturbing the system. Today, I think the public sector as a group is competing strongly with the private sector despite the constraints and difficulties normally associated with the public sector. As a group, I think we have done exceedingly well, proving to the country that public sector banks can perform, provided they have a passion and strategy to excel. Three and half years ago, when I joined the bank, I found that it had a great legacy and value system that could be harnessed. Therefore, we took the journey of transformation forward. Two or three important things had happened before I joined. First, the implementation of a robust technology platform was created and there had been a migration to the core banking platform. Second, a brand-building exercise had begun and taken roots very strongly. The visibility, strength and the image of the bank was slowly taking a much better shape than in the recent past.

Did you have a consultant on this?
No. The brand-building exercise and technology implementation had already started. These were two ongoing strengths that I had inherited. For me, it was a case of building a team that could respond to the needs of the hour. First, the idea had to be accepted in the bank. As a new CMD, how can one build and lead a team? Being a CMD coming from another bank, has both advantages and disadvantages but there are more advantages. You do not have past relation with team members. and therefore have no biases, whether extremely positive or negative.As a new CMD , it is the first hundred days that will make a mark on the performance as the CEO. If the bank has been successful, I would say that what I did in those first hundred days had a tremendous impact. I tried to become an integral part of the team while looking at the bank from an outsider’s perspective. This approach gave me tremendous knowledge of the bank’s strengths and how to perhaps, “encash” its great potential. We zeroed in on a couple of simple things forming part of strategic thinking. How could we use the power of technology to drive business growth? Secondly, how could we take the HR initiatives to the next level in terms of team building, involvement, participative management and getting the entire employee workforce to identify with the institution? It required tremendous amounts of articulation and communication. I am not in favour in issuing circulars or making speeches. I believe in action and implementation and making things happen. Communication through one-on-one interaction at different levels can bring about a change.

How is the member board divided administratively for the region?
We have a four-tier system. We have a branch, a regional office, a zonal office and the Corporate Office at Mumbai/ Baroda. Moving to a three-tier system is difficult for a large bank.. Empowerment, delegation and control are easier in a four-tier system: Everybody need not converge at the corporate office for decisions. The zonal office takes care of all the requirements of the region and its branches. The corporate office devotes more time to the policies. This system had been working well so there was no need to change anything. I believe in disseminating change slowly that can bring decision makers and decision seekers closer. The transformation has been seamless. Same people, same centre, same rules and same game – but played differently. I changed the focus to being customer-driven, with efficiency and quality in mind. If you take care of the intangibles such as customer services and HR management, then the tangibles will automatically come. We listened to team members with any good idea, observations or any feedback, irrespective of whether they were right or wrong.. They were comforted by the knowledge that we were there to counsel and help them move forward instead of blaming the past. Infact, here were plenty of occasions where we said that the past and legacy was very strong, which was true. So, it gave a lot of confidence to people.

The whole exercise in the initial period was confidence-building. We wanted the people to have confidence in the institution, the leadership and most importantly, self-confidence – that we are capable. I believe that a public sector employee with the age profile that we have is as good as anybody else in the industry. Since I had long tenure of over four years I could get time to make a positive impact of my leadership style on the bank’s functioning. Therefore, whatever vision and initiatives we discussed were based on a medium-term perspective of four to five years because I knew that I would be there to implement it. We were clearly focused on execution. And the support of every stakeholder, from the board of directors to the unions, from the federations to the top and middle management, was sought. There is a greater coordination between the management and employees unions, all uniting together to drive growth.

No. The federation belongs to the clerical staff. The association is the officers’ association. But, they have been responding very constructively to the management’s call through constructive activities of unity. Transparency, togetherness and trust – these are the three hallmarks on the basis of which our entire HR function is based. So if any one of us commits any mistakes as far as these three important pillars are concerned, I said I could be personally contacted any time. I have communicated this very clearly with everyone that I am approachable for redressing their grievances. The response from the field was overwhelming. It is a sort of wave of growth momentum. Once it starts, we can push it forward. The results came. In my initial discussion with the staff, I told that we had made a profit of 1,436 crores in 2007/2008. That was the balance sheet I had signed when I came in May 2008. I said, “Can’t we make it a profit of 1,436 crores per quarter?” I told them to look at this as an idea and that we would work on the strategies, initiatives and the execution. It caught on and we are almost at it. This year, we will certainly have a quarter, where we will make C1,500 crores of profit.

Congratulations. This is a remarkable achievement. Within about four or five months of my joining, in August and September 2008, the global crisis broke out. The whole world was in turmoil and India was not an exception. Sentiments were bad and therefore, there were doubts about what would happen. We have a lot of international business. Therefore if something happens in Europe or the West, certainly one would expect a little bit of stress for us. But to my mind, it was a golden opportunity. It became so difficult for the high street banks to do business in the foreign markets that business was available to us on a platter. We had liquidity and therefore, we could get good business opportunities. Margins were very good. International business thrived and Indian business did not suffer. It was an interesting development that gained momentum with everyone participating. We continuously talked about consistency and sustainability. Without this, the business model does not make any sense. Many initiatives were taken. We tried to ensure that the technology that was implemented was utilised to drive the business. We put in place the business process re-engineering (BPR) project. We tried to ensure that the technology is utilised for better customer service, product development, innovation, and perhaps, improvement of operational efficiency in all units. Many initiatives were taken including centralisation of activities, taking the back office out of the branches, converting the branches into sales and marketing outlets, etc. These are some of the offshoots of the BPR. It was implemented slowly and steadily. It became a great success. This motivated the team. When one sees that the other person does very well because of certain developments and initiatives, the team gets motivated. The replication of such efforts results in growth.

The whole exercise in the initial period was confidence-building. We wanted the people to have confidence in the institution, the leadership and most importantly, self-confidence – that we are capable.

Was branch re-designing a part of it?
Yes. Entire process changes were made in the branch. One was the setting up of the central processing centres or loan factories. This was for retail processing and the SME segment. It was taken off the branch. This was a new concept, which caught on very well. It had tremendous amount of impact in terms of better credit origination, marketing capabilities,monitoring and in getting better market share. The turnaround time was reduced and efficiency improved. This led to improved customer service and increased business from the segment. We were very clear that we did not want to change the entire mix of business. We wanted to grow at a steady pace without over-reliance on any single segment. 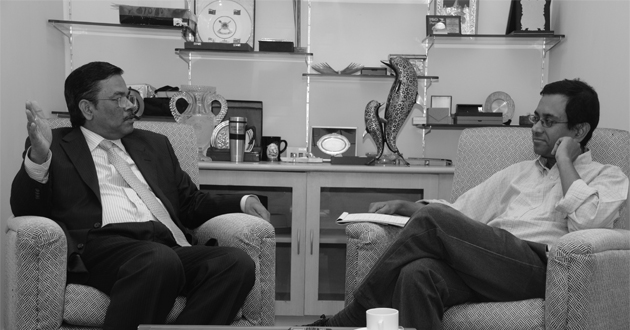 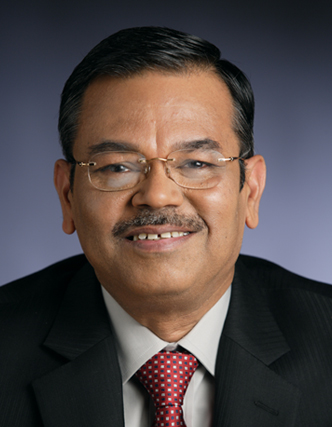