A review of “Lean In: Women, Work, and the Will to Lead”

In her much talked about manifesto, “Lean In,” Sheryl Sandberg, Facebook’s Chief Operating Officer, enjoins women to navigate beyond their comfort zones and pursue their professional goals diligently. Sandberg’s overarching vision for women is to rise to the challenge of managing, and subsequently, leading. A powerful executive with an MBA from Harvard Business School, Sandberg believes it is time to acknowledge the glaring discrepancies and imbalance of power between men and women in the workplace despite the enormous strides women have made in the workforce during the better part of the last century.

What could be some of the reasons for these discrepancies? Sandberg argues that they result from a combination of “external” and “internal” factors. Very few companies offer women flexibility and access to child care and parental leave – a leeway necessary for them to pursue a career while raising a family. Furthermore, research suggests that men have an easier time finding mentors and sponsors than women, who by comparison, have to prove themselves to a greater extent. Clearly, these external factors deprive women of a level playing field. Perhaps even more striking are the internal barriers women create for themselves – lack of confidence, fear of being outspoken, underestimating themselves and inhibiting their aspirations for senior leadership roles.

Far from sermonising, Sandberg offers personal anecdotes at every juncture to drive her point home.  Herein lies the book’s ability to weave a compelling story for the reader. Sandberg recalls the time she won the Henry Ford Scholarship while at Harvard, but didn’t let her class know about it for fear of sending the wrong message, and thus, being less liked for being “clever.” She describes how she hesitated to negotiate her joining offer at Facebook with Founder and CEO Mark Zuckerberg because she was afraid of botching the deal. In another instance, she recounts how as a new mother, despite her determination to focus solely on her child, she was back on email within days of giving birth because she was concerned about the restructuring happening within her team.

Sandberg spends most of her energy addressing these inhibitions. Especially fear – the fear that women harbour of making the wrong choices, of being judged negatively, of their inability to fit in, and above all, of being a failure. Instead of leaning back, Sandberg opines, women should lean in. She offers a few insights on how this can be achieved.

In anticipation of starting a family, most women make conscious choices along the way, sometimes passing up lucrative opportunities. In this regard, she requests them to “not leave before you leave,” and instead to wait until it is time to scale back, and then reprioritise. She further points out some of the biases at the core of why women hold back, one of which is being disliked for appearing aggressive or ambitious. She goes back to the basic assumption that “success and likeability,” together, will be possible only if we have more women in top roles. Currently, only 4% of Fortune 500 CEOs are women. If that number were to reach 50%, it would be hard to dislike so many. Sandberg is very vocal about the greatest trap ever set for women – the idea of “having it all.” The basic laws of economics, she says, will attest against it. She doesn’t offer any pat answers about what the right choices are (considering that the resources available to her are unique and far more abundant in comparison to those available to the average woman). But instead of perfection, she recommends aiming for sustainability and fulfilment. Furthermore, she stresses the importance of sharing familial responsibility with a spouse, which leads her to conclude that one of the most important career choices a woman makes is whom to marry.

Since its release, the book has received some negative press with critics arguing that Sandberg’s affluence allows her the resources to negotiate a flexible schedule to balance work and family. Some point out that her situation is quite different from that of the average woman who has no option but to be in the workforce, and has to struggle for basic amenities such as housing, health insurance and child care. To her critics, Sandberg replies that women should make choices applicable to their situation. She asks that they persevere within their own capacity and create opportunities for themselves on a professional and personal level.

What is indisputable is that the book takes a close, hard look at the issues faced by women in the corporate world today. More importantly, it suggests alternatives that could solve these issues. Towards the end of the book, Sandberg identifies herself as a feminist, which she defines as one who “believes in social, political, and economic equality of the sexes.” Sandberg is on a mission and believes that equality is within reach. The leadership gap in the corporate world can be closed. The trick is to get women to lean in and conquer the highest echelons of business.

“Lean In” is a thought-provoking, articulate and motivational read for any person (male or female) with a sense of responsibility, a willingness to gauge the severity of an issue and the ability to make a difference. 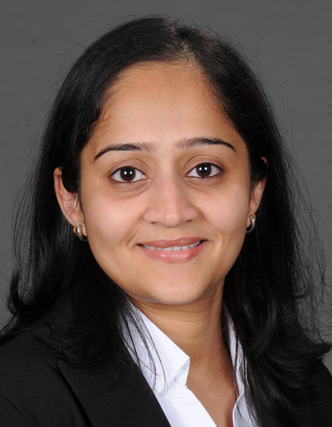