A Corporate History of the Indian Nation

The Tata Group: From Torchbearers to Trailblazers
By Shashank Shah
Portfolio/Penguin Random House; 2018.

“To me, the Tatas and India are in many ways one and the same, and one of their purposes and the objective is to build India.” J.R.D. Tata.1

Deep in the third chapter of Shashank Shah’s magisterial history of the Tata Group comes an amusing narrative that illuminates both a tableau of Nehruvian India and the pivotal role the Tata Group played within it.  It is a story of the “women’s woes” (p 28) that launched Lakmé, India’s first indigenous cosmetics brand. Soon after Independence, The postcolonial government had to ban imports of non-essential items, including cosmetics and perfumes. Left bereft of high-quality beauty products, the women of upper-crust New Delhi began an intense lobbying campaign directed at the Prime Minister’s Office (PMO). In its range of tactics – from gheraos to petitioning – the drive anticipated the most determined of social movements in the decades to follow. Finally, bowing to the demand, the PMO approached the House of Tata to manufacture a line of quality cosmetics for Indian women. Lakmé was born in 1952 as a collaboration of the Tata Oil Mills Company (TOMCO) with a French partner.

As with cosmetics, so with steel, salt, tea, hotels, information technology (IT) services, automobiles, airlines, housing, chemicals jewellery, watches, clothing and township. Over the 150 years or more of its existence, the Tata Group was the first mover across a range of Indian industries. Even where it did not pioneer, it came to lead.

“We also make steel”: As Tata Steel’s tagline stated half defiantly as late as the 1990s, the manufacture of steel or cosmetics or textiles or the delivery of air travel and insurance services represented only one facet of the Tata Group’s business.   The other business, since the earliest ventures of Jamsetji Tata in the 19th century, was no less than the making of modern India.

Indeed, Shah’s account of the pre-Independence legacy of the Tata Group is dizzying for its name-checking of the institutions that the Tatas founded. From Swami Vivekananda’s role in the establishment of the Indian Institute of Science to the Tata’s pioneering investments in ‘clean power’; from Mumbai’s famous Lonavala Lake to the excavation of Emperor Ashoka’s capital in Pataliputra – few landmarks in the nation’s passage have gone untouched by the Tatas’ philanthropy and leadership.

This is not a saga that has gone unsung. The Tatas have inspired a veritable boomlet in popular and scholarly management literature, made up of case studies, research articles and analyses by luminaries like Tarun Khanna and others.2 Among Shah’s predecessors, the late Russi Lala was probably the most important chroniclers of the House of Tata and Tata Steel.3

Read as business history, however, Shah does more than update the Tata legend from where Lala left off a decade ago.  Instead, the volume’s focus on the Tata’s singular corporate culture knits together its critical analyses of the group’s endeavours across a mindboggling range of sectors.

The Tatas have inspired a veritable boomlet in popular and scholarly management literature, made up of case studies, research articles and analyses by luminaries like Tarun Khanna and others.

Shah lists over 100 operating companies, of which 29 are publicly listed (p xi).4 What pulls the group together and at the same time, sets it apart from conglomerates in India and elsewhere in the world is its unique corporate governance structure. As Shah clarifies in the first few pages, nearly two-thirds of the equity capital of the group’s holding company, Tata Sons, is held by 15 philanthropic trusts endowed by Tata family members.  Post-2017, Tata Sons is privately held, although several of the operating companies are publicly listed. Even though sizeable in absolute terms, no more than 3% of the Tata Sons’ shares are held by Nusserwanji Tata’s relatives and descendants. What’s more, the Tata Trusts must spend 85% of dividend earnings annually on social welfare.

This remarkable edifice underlies two of the Tata Grou’s defining qualities: first, the relative modesty of the Tata family fortune and second, the unusual coherence of the Tata corporate culture. Although Shah starts with these riddles and returns to them, history suggests deeper and more enduring puzzles. On this, Shah’s narrative sheds a sometimes fitful light: what engine sustains a business owned by philanthropies through 150 turbulent years? What keeps a founder’s vision alive across generations of professional managers? Where, through continuity, is change made possible?

What engine sustains a business owned by philanthropies through 150 turbulent years?

The Nation the Tatas Built

Buried in the Tata’s business legend is a social and cultural, political and economic history of the nation that remains to be written. And this history may hold the key to understanding the resilience of the Tata ‘way’.

The question is this: What was the nature of India the Tatas built? Shah’s account of the Tata’s ‘Pioneering People Practices’ late in the book offers clues, if not an outright answer. Whether in the distinctly public sector echo of the Tata Administrative Services (TAS) or the labour aristocracy that came to shape Tata Steel’s industrial relations, what the Tatas laid were the value foundations for an elite, middle-class India. Strikingly, as Shah notes, the Tatas continue to be India’s third-largest employer, after the Railways and the defence forces. Equally important has been a largely unwritten rule against at-will hire and fire that has been central to Tata culture (p 247, 250).  It was this social imprint as much as the leadership of charismatic Tatas that explains both the occasional missteps and the evident momentum that have marked the conglomerate’s journey.

Strikingly, as Shah notes, the Tatas continue to be India’s third-largest employer, after the Railways and the defence forces.

Some elements of this ethic – a certain noblesse oblige, a high-minded ‘normative approach’ to stakeholders (p 350) – constitute the conglomerate’s culture. Others both reflect and are reflected in the broader social context within which it operates. Consider the case of Jamshedpur, the company town the Tatas constructed in remote Adivasi East India. The profoundly influential Jamshedpur model not only inspired a series of postcolonial public sector steel towns but also provided a template for a new wave of corporate urbanization in the new millennium.  Yet, the city itself belongs unmistakably to its time and place, embodying both the graciousness of a certain modern Indian ideal of urban living, as well as the jarring contrasts it produces.5

Cultures – whether corporate or national – can be famously resistant to change. A purely instrumental approach to values, on the other hand, imposes serious reputational costs. Through a century and a half of shaping and being shaped by a distinctively Indian middle class, the Tata group is uniquely attuned to the winds of change buffeting its fortunes.  In the 1950s, this synchrony led to the founding of Lakmé at the Prime Minister’s request. In the 1990s, it helped translate nearly a century-old culture of trusteeship to a millennial focus on quality and customer delight. Through century-long investments into institution building, the Tatas created a critical mass of Indians to staff their enterprises and buy their products.  This is the legacy that allows the Tata Group a surprising source of agility in response to changing times. Although towards the end of The Tata Group, Shah quotes a retired official who laments the risk aversion of the CEOs of Tata Group companies, the tendency towards caution did not hinder the group’s overall ability to respond to new challenges. As the aspirations and horizons of middle-class Indians broadened in the new globalized economy, the Tata Group innovated on product offerings and business models.  Indeed, the case can be made that it was this very responsiveness that facilitated its transition to one of India’s most globally exposed corporates post-liberalization.

Through century-long investments into institution building, the Tatas created a critical mass of Indians to staff their enterprises and buy their products.

In The Tata Group, Shah has set a high bar for corporate histories. The volume will be an invaluable resource for teachers, researchers and lay readers alike. But as intriguing are the themes it surfaces but does not quite explore.  What are the contours of the social, political and cultural transformations the Tatas set into motion? How did these transformations come to guide the Tata group’s journey? One awaits a new generation of scholarship. 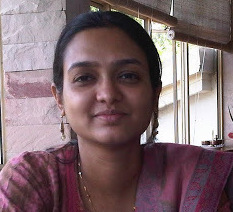 Russi Lala was also the biographer of J.R.D. Tata.

4One anecdotal account puts the number of unlisted and listed Tata companies, subsidiaries and others, at about 1400.