There is a Role for ‘Propertisation’ of Knowledge

Stuart Graham, Associate Professor in the Strategy & Innovation Management Group at the Scheller College of Business, Georgia Institute of Technology, USA, was a guest speaker at the 2nd Indian Conference on Innovation, Intellectual Property and Competition, hosted by the Indian School of Business. Bhagwan Chowdhry, Professor of Finance at ISB, caught up with him for a seasoned perspective on intellectual property.

Bhagwan Chowdhry: Innovation has been a topic of discussion for over a century now, but it has assumed greater significance in the 21st century. Innovation is also often coupled with ‘intellectual property’. Please tell us why we should consider ‘intellect’ as a property.

Stuart Graham: We live in a knowledge-based economy. Research tells us that value creation, better lives and national income are increasingly driven by innovation. That said, I think there is a role for what one might call ‘propertisation’ of knowledge. This is to ensure that the spillovers that innovators, inventors and society, at large enjoy from the creation of knowledge do not go underappreciated.

From an economic perspective, there are certain aspects of property that are essential to transactions, gains from trade, specialisation and the so-called markets for technology. Protection in the form of patents, copyrights and to a lesser extent trademarks – when applied to intellect – allow for transactions, which help realise some efficiencies from specialisation tasks in a social economy.

So, there are two aspects of intellectual property. Intellect or knowledge can be deemed a property as it creates incentives but beyond that it can be transacted.

Property allows for the capturing of value, in this instance knowledge. Knowledge is classically vulnerable; it is both non-rival and non-excludable. Both these economic properties are imperfectly solved by the propertisation through the intellectual property (IP) system. Without the ability to exert control over a chunk of knowledge, it would not provide much of an incentive to invest in creating knowledge. Because it would be difficult, if not impossible, to capture the monetary value that  individuals create through their knowledge production. But IP provides an ability to control, thus allowing one to profit and to transact by transferring the knowledge for value.

Let me ask an extreme question. Our assumption is that propertisation is necessary, otherwise people will not invest resources in gaining knowledge. But one could argue that fundamental knowledge like algebra, mathematics, calculus or the laws of physics do not enjoy any property rights. These are the most fundamental forms of knowledge generated for public good. Why is creating an iPhone any different from creating the formula for differentiation in calculus?

I think the fundamental answer to this lies in the market economy or the capitalist model which, for better or worse, is the dominant economic system around the globe. The way in which we transfer or accumulate value in this economy is largely tied to capital incentives. That said, most nations restrict the propertisation of “fundamental” or “basic” scientific concepts. And that is as it should be.

I want to argue that mathematicians will still continue to look for formats, so why treat the invention of products any differently? We know that there is something fundamental about human curiosity. Isaac Newton’s laws of gravity or Alfred Einstein’s theory of relatively have so many applications today which the scientists themselves never thought about. Why should we think any differently about product invention?

There are two possible answers to this. There are always going to be individuals who are interested in generating knowledge for the sheer joy of it. But it is also true that those individuals themselves often have other incentives aligned with their discovery process. For example, Newton was a professor. His discovery fuelled his reputation, his career and fulfilled the objectives of his life. What I am suggesting is that the motivation for creating even “pure” scientific knowledge may be twofold. It may not be entirely driven by intrinsic motivation, but by extrinsic factors. Innovation may not be solely driven by the zeal for public welfare. Even knowledge creators use the knowledge that they have created to derive value, economic or otherwise, like career growth, reputation, acknowledgement by peers and prestige. Essentially, if the creators are unable to capture value– in whatever form– from their creations, society might lack the necessary incentives to innovate in the first place.

Some innovation will take place based on intrinsic motivation alone but that may not be enough. But once we create a financial incentive, we can fuel further innovation.

Indeed. Innovators capture value from their innovations in multiple ways. We have previously discussed several personal advantages apart from the money that might be at play. Among companies, profits can be secured by embedding innovations in complementary marketing and manufacturing, as well as in patents, copyrights or trade secrets.  A whole menu of options is available to innovators. Research suggests that restricting the menu of options available to innovators would not necessarily have a detrimental effect on the supply of innovation in terms of numbers or the quality of innovation. But it may influence the direction of innovation. We may only get certain types of innovation. So, if patents are particularly good at protecting chemicals, and if a country does not have a strong patent system, that society may not see strong innovation in chemicals; or at least not as much as socially optimal innovation, since, instead, the investment dollars will flow to where the innovators can actually capture more of the financial value from their effort. The idea here is that a wider choice of incentives for innovators can allow for more experimentation. With a limited set of incentives, we may get a limited set of inventions, a limited supply of creativity.

Based on your research across countries is there any evidence that suggests that countries which protect property generate more innovations than countries or societies that do not. Is it true that hardening or strengthening judicial protection, statutory protections, enforcements, etc. might not in itself be a recipe for success?

Even though we may have strong beliefs that property rights enhance innovation, theoretically it is difficult to gauge its impact.

Precisely. We could measure the effect of strengthening property rights by drawing correlations with improvements in economic growth.  But growth can be attributed to other advancements as well. Other research suggests that investing in increasing these protections might not be fruitful until the society starts to develop other complements, like development in education and infrastructure. For stronger incentives to be effective it may also require a labour force which is able to exploit the productivity opportunities that growth and innovation offer. And indeed, there is some evidence that suggests that even if we strengthen IP rights and enforcement in very poor economies, places like Burkina Faso, it is not going to make much of a difference.

Bhagwan Chowdhry is Professor of Finance and Executive Director-DIRI and Academic Director-CIE at the Indian School of Business. 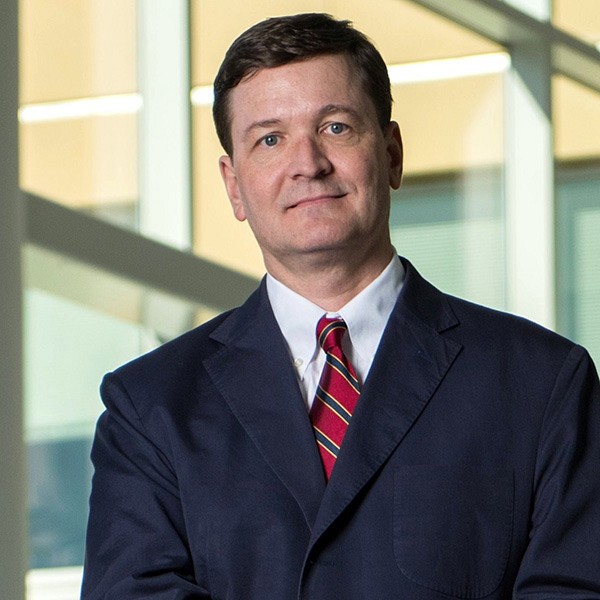 Stuart Graham is Associate Professor in the Strategy and Innovation management group at the Scheller College of Business, Georgia Institute of Technology.