“Create Templates, Not Blueprints”: How to Do Policy with Impact

Why policy blueprints are a bad idea for a country like India and how to increase grassroots involvement in governance: Professor Ashwini Chhatre, Academic Director of the Bharti Institute of Public Policy, explains.

ISBInsight: How do you see digital technology playing out at the policy level in your work at the Bharti Institute of Public Policy?

Ashwini Chhatre: Digital technology has made a big difference in the way policymakers are thinking of the design and implementation of policy. The introduction of biometric authentication using Aadhaar has been a gamechanger. Nobody would have imagined ten years ago that every Indian would have a digital identity that can be authenticated using technology to undertake daily digital transactions in the millions.

Policymakers have internalised this. What I see is the penetration of digital technology in the form of digital identity, particularly the use of Aadhaar, in multiple spheres. I work on the use of Aadhaar in the food system, where the digital identity of an individual farmer can be used to track the transfer of benefits directly to the farmer’s bank account—be it subsidy for fertilisers or seeds, a crop loan or insurance under the new Fasal Bima Yojana. Now in Punjab and Andhra Pradesh, state governments have started using Aadhaar for the procurement of wheat and rice. All the way from ploughing the ground to harvesting, the farmer’s digital identity is critical in the design and implementation of policy. This is just within the food system.

Now the farmer’s wife probably has an Ujwala LPG connection that is tracked with her Aadhaar. Their children go to primary school where the midday meal and teacher attendance is tracked by Aadhaar. If the children go to a primary healthcare centre, their immunisation is tracked using Aadhaar. Digital identity has penetrated social life to such an extent that was unimaginable ten years ago. We are not at the stage of digital transformation yet but in terms of digital penetration through Aadhaar, we have a come a long way.

On a broader level, do you have a blueprint for launching a policy with maximum impact?

The PMKSY is being implemented in multiple departments across three ministries: Ministry of Rural Development (MRD), Ministry of Agriculture and Ministry of Water Resources. Within each of them, there are multiple programmes which were previously fragmented but now have the same goal, to make more resources available to the farmer. And it is left to individual states and departments to use these resources to match their needs that differ greatly across districts and states.

The PMKSY is also becoming aligned with the National Rural Employment Guarantee Scheme (NAREGA). The MRD, which runs NAREGA and parts of PMKSY, has identified close to 2000 blocks as ‘water-stressed’ across many places in India. Under the Mission for Water Conservation, they have now channelled resources specifically toward water conservation within these blocks in addition to PMKSY. These are all templates. Nobody is prescribing what should be done where. All the way from the MRD down to the Block Development Officer, there is freedom and flexibility. More importantly, there are resources to use the freedom and flexibility to design investments that best suit local needs.

“Maximum governance and minimum government” is a catchy tagline. On a practical level, how can we encourage grassroots involvement in governance or policy implementation?

The tagline came from the Prime Minister’s Office. My interpretation of the best implementation approach for this tagline is to think of what people would do anyway– then encourage and reward them to do it. For example, India has rightly made very big commitments to the reduction of carbon emissions under the Paris Treaty signed in 2015. We have promised to reduce the intensity of our emissions per unit GDP and per capita GDP. We have promised to sequester 2.5 billion tonnes of carbon in trees, forests and other land uses. We have promised interventions for increasing energy efficiency through electric vehicles, or solar and wind energy. All these promises manifest themselves in terms of policy.

Unfortunately, a lot of the focus has been on climate policy and reducing emissions. That leads to a negative feedback loop. When you ask someone to reduce something—even if it is smoking—you get a negative reaction. People do not like to be told to reduce doing something. So, the way to get people to do it is not by telling them to do something less, but by telling them to do something more that is good for them. They would have done this anyway, but we bring it to their attention and set up a system of incentives and rewards that help them make this transition.

This is the common notion of behavioural nudges—but I’m suggesting closely tying these with actual social outcomes, not just personal outcomes. We encourage people to bike more because it is good for their health—their hypertension, diabetes and other urban, chronic, non-communicable diseases which have become an epidemic. We need people to lead healthy lifestyles for their own good—and for public benefit. And it will also reduce carbon emissions as a co-benefit.

Another example is if we pay farmers to grow trees to harvest them and then create compost for putting it in their farms. This will be good for them because their crops will be more resistant to drought. And we will also reduce carbon emissions because they will use less amounts of chemical fertilisers and grow more trees, thereby increasing soil health. But farmers will not do this to help climate change. Farmers will do this because they want to grow more crops.

Eventually, if we want to tackle something as complicated as climate change, nudges are not the only way. Some bold policy decisions also need to be taken, such as the solar power mission. On a more personal level, however, it is important to take into account how people behave and respond to mandates, incentives and information. Then we need to package the information, incentives and mandates in such a way that nudges people into doing something that is good for them and to tell them that they should do it for their own sake, not because it is good for the planet.

The challenge for us as researchers and as the boundary organisation between practice, policy and research is to find these combinations of information, incentives and mandates so that policy can be designed to achieve larger objectives. 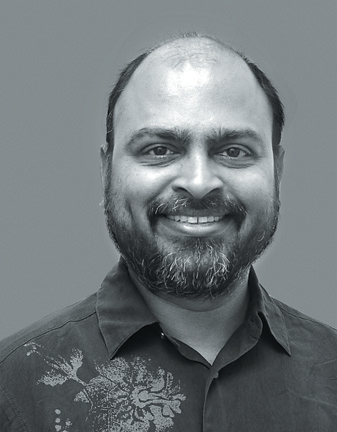