After Leaning In: What’s Next for Women in Rural and Urban India?

Is the glass ceiling outside or within us? Do bottom of the pyramid Indian women possess greater grit? And, how are millennial women changing the mainstream narrative? Professor Saumya Sindhwani explains.

ISBInsight: Do women CEOs have it tougher according to your research?

Saumya Sindhwani: The simple answer is: yes, women CEOs do have it tougher. One aspect is the sheer hard work that they put in before they reach the top. The journey is not easy. It is lonely. It is tougher because of the biases they play against. And when they do reach the top, people are not waiting there with open arms to welcome them. They have to work harder to ensure they are taken seriously.

While this is the background, we have to distinguish between internal and external factors. The internal factors are women’s self-limiting beliefs. We have done some interesting research with ISB women alumni—and these are the privileged lot—even they believe that, at times, they are not good enough. Or some women we talked to feel that they have arrived or reached a plateau. They don’t want to go any further. And this is usually seen in middle or senior management or even nearing senior management. The women have told themselves that they are in a comfort zone, happy where they are because they have reached their destination. You have to look behind this phenomenon and examine why fewer women reach the top. And somewhere, women might have held on to beliefs that there is a glass ceiling. Is the glass ceiling outside or is it inside? That is something which needs to be understood.

Second, research seems to suggest that after a certain point in the corporate hierarchy, it stops being a gender game. It is about work. It is about meritocracy. And if the track record is being held back due to women’s self-limiting beliefs, while the organisation is to be blamed for not nurturing female talent, women are also at fault for holding on to those beliefs. It is not a small problem to solve overnight—systemic changes have to be brought in gradually so that there is a clear path for women to rise to top spots.

The other part is external factors. Look at capitalism as an institution. That is a phenomenon which is over 200 years old, made by and for men. Women coming into this scheme is relatively recent. Now that women are claiming their share of the pie, it is changing the dynamics. And I salute the women who have made it happen, who have paved the way.

Where do we go after leaning in? Could you share the next steps for corporates and for women?

We leaned in and now what? There is a Sheryl Sandberg interview discussing the “leaned in” term she coined and its future. In certain pockets, we have leaned in and created a niche for women to establish themselves. Organisations have acknowledged that women are not that fifth tyre that you can plug in anywhere. They are valuable resources that can be leveraged a lot more. Awareness and sensitising at home and at work, acknowledging that women do a beautiful job juggling work and home—and rewarding them for that—becomes important. I think that the reward mechanism is currently missing and needs to be brought in.

Secondly, we need to carefully watch for conscious and unconscious biases which are becoming the narrative of organisations. These have to be checked through systems and practices, and through regular training interventions. Biases have taken years to come in and they will also go out slowly. Companies have to be cognisant of that. I very strongly believe that some of the biases can be changed by celebrating women success. Organisations need to start creating a talent pipeline and acknowledging women who are leading the way. In this context, an important piece is mentoring women, especially at the stages where women are caught in dilemmas about sticking it out at work or dropping out. They need mentoring at the right places in the so-called leaky pipeline.

Thirdly, creating safe spaces is very important, where women can safely say what they feel without being judged. More than half of the women are scared of being judged—this holds them back. Organisations definitely need to do more here.

For women: you need to ask more, seek more, claim more. It is the corporate world; nothing will be handed over on a silver platter. Raise your hand, go out and get it. And you do not have to ask like an alpha male. Ask in the unique traits that define you, otherwise you will be a victim of the double bind. You are supposed to be nurturing, but how can you be so assertive? This can hold women back a lot of times. Women can acknowledge their difference. Research suggests that the different vantage points of women make them unique—and this is what organisations appreciate. Leverage your difference. And finally, preserve the bond of sisterhood. Women need to support each other and not pull each other back. We need to champion each other and cover each other’s back. We definitely do not do this enough.

What are your findings about ambition and grit within the urban and rural demographic?

So, the bond of sisterhood I mentioned is the one distinct thing at the bottom of the pyramid. These women unite and want to help each other with financial and social challenges. Secondly, the grit, the fire in the belly is far greater at the bottom of the pyramid. They will move mountains if they have to and do it together. Unfortunately, they don’t have enough opportunities. The moment they see even an iota of opportunity, they go out and get it. They probably would need a bit of hand-holding– this I see personally in my research– and with that support, they are more than happy to do the heavy lifting.

In comparison, urban women tend to fall into the whole comfort zone of: why do I need the hardship? When can I drop out? Faced with slight hurdles or tensions or non-gratification at work, urban women can be quick to drop the ball or look somewhere else. We don’t see that in rural India. This could be because the opportunities are less. But once rural women have access to opportunities, they don’t let go. And I wish urban women would emulate some of that.

Are millennial women approaching work and life differently? What other dialogues should we start about women at the policy level to bridge the gender gap?

To change the narrative, it has to start from home, with treating our boys and girls the same. The patriarchal system has to stop. We are seeing small changes happening as an aftermath of MeToo, but this is only the tip of the iceberg. The right questions are being raised, but the solutioning of those questions is still far off.

However, personally, I have a lot of faith in the millennial women. The way this bunch of women is approaching societal norms or their functioning in the work spaces is very different from previous generations. Just to give you a simple example: as 20-somethings, most of us want to change the world. However, as my generation matured, most of us followed the standard process. We married, had kids, had a career. The primary bread earner of the family is still the man. We are still struggling with that narrative. If you get on a panel with women CEOs, half of them say that it is a problem if they earn more in the family. This is my generation, Generation X.

But millennial women are fine with earning more than their partner. Their attitude is: if the money is coming into the same household, then our joint financial status is improving. So, that whole submissive nature of women—of men coming before them—is changing. When millennial women start looking at men equally, that changes the workplace equation. They are looking at men more as partners and equals.

You see that in the social fibre and in workplaces. They are not afraid to ask how much they would make in comparison to men. There is documented data that when millennial women come for job interviews, they are more self-confident about their pace of growth and clear about their priorities while working hard for the organisation. In the past, women went with the path of least resistance. These Generation Y and Z women are changing role definitions. Women in the past relied on parents or spouses to make decisions for them. Millennial women are not afraid of claiming and owning their future.

About the Interviewer:
Yogini Joglekar is Managing Editor of Management Briefs@ ISBInsight. 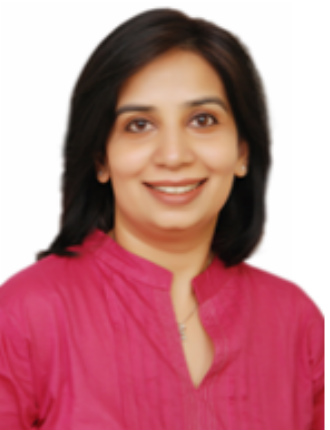