Innovate!: How Great Companies Get Started in Terrible Times

“Innovation is a talent not a skill,” Thomas Meyer writes in his introduction to this book that is about great companies that began in economic downturn. Meyer breaks down the sources of this talent so other entrepreneurs can learn, free their imagination and possibly “change the course of history.” Meyer’s book is well intended – it comes at a time when the American economy is going through one of the worst recessions in modern history. His stories of success are intended to spur the entrepreneur into action and thereby revitalize the economy. But inspiration alone is not enough. Entrepreneurship requires self-reflection, knowledge and attitude, all of which are accomplished more easily in financially stable conditions. For terrible times, all he offers is hope.
Historically, recession was referred as “panic.” The first such panic occurred in 1797, when the Bank of England, reeling from the effects of war, caused tremendous damage to the American economy. This was also the time when the foundation to the great American bank, Chase Manhattan was laid. Great institutions that started during economic downturn include Proctor & Gamble that began during the panic of 1837, General Electric and Chevron that began in the depression of 1873-1879, and Morgan Stanley, Sheraton Hotels and Resorts, KFC, and Hewlett-Packard began their operation during the great depression of 1929-1939. In recent times, Sun Microsystems and The Princeton Review were started during the recession of 1980, when the unemployment rate was 6.3%.

By Thomas A Meyer
Reviewed by  Vimla Sriram, ISB

Meyer elaborates on characteristics that helped the innovators and their companies thrive, while others perished. He observes that despite the differences in their personalities, innovators learn from their failures and persevere. Thomas Edison was curious, meticulous and good at delegating, while Walt Disney was creative and daring. Edison’s first patent for an electronic vote casting machine was rejected; Disney’s first film company in Kansas went bankrupt. But, both possessed qualities that helped them deal with initial setbacks. While Edison went on to secure over a thousand patents, Disney produced several memorable animation movies and built a theme park that continues to enthral children more than 50 years after its opening. Persistence such as this can outlast hostile financial environment, Meyer argues. This trait of innovators has helped spawn great companies in times that were not so great.
Simplicity, leadership abilities and faith are also inherent in innovators. Simplifying complex problems is the crux of innovation, elaborates Meyer. Steve Jobs knew that good design incorporating an intuitive interface would sell at a premium. This was the underlying foundation on which he built his company, Apple. Despite tumultuous years, the company has survived and prospered under Jobs. Meyer stresses on the importance of leadership in difficult times. Leaders place their company’s interest above their egos. Under Jobs’ leadership Apple forged bonds with its rivals so that it could grow and benefit from such partnerships.
By studying innovators and their methods, past and present, Meyer has laid bare the essence of innovation. Entrepreneurship alone may not help the economy recover, but this book offers hope to a country that desperately needs it. 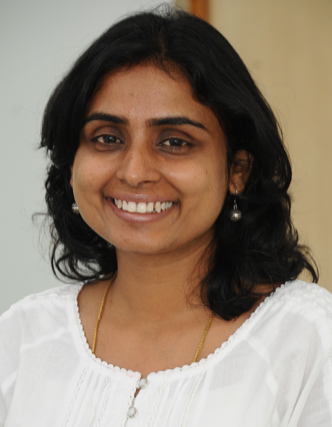